UnNews:Conflict in Darfur continues; nobody cares 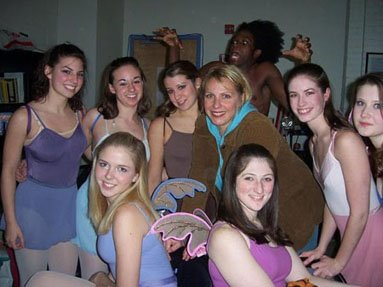 In the background, a Sudanese refugee being overshadowed. He wasn't really affected by the conflict in Darfur. He just likes white girls.

DARFUR, Sudan — The United Nations is beginning to think twice about their security and humanitarian forces' presence in Darfur as the genocide in the Sudan region continues, something which the American news media has claimed that, "We don't care about." The UN is getting bored with the whole conflict and is coming around to the US media's position. Further investigation by this UnNews reporter revealed why.

"Nobody wants to hear about Muslims and black people being slaughtered," said Percy Wanker, a British correspondent for CNN who wished to not be identified by his name or quoted directly, "Paris Hilton is infinitely more interesting to our viewers. I mean, this all, at least to the general public that knows about it, sounds like a sequel to the Rwandan genocide, and we all know how boring that was."

The Save Darfur Coalition, which is a coalition dedicated to saving Darfur and generating as much publicity as possible for George Clooney, has staged numerous rallies and protests to grab media attention. The advertised "Instant Karma: The Campaign to Save Darfur" CD which has numerous John Lennon covers was also produced in an attempt to raise public awareness. However, these attempts to do so have largely gone unnoticed.

"Yawn", said Percy Wanker, "You're not going to stop genocide with John Lennon tracks. They don't even know who John Lennon is. If he went there, they'd probably club him to death. That is, if he wasn't already dead. Hell! If they had his dead body they would probably club that too — or eat it," Wanker chuckled.

Is this a sign that American news agencies are running out of things to cover? "Not so!" says Wanker. News channels like CNN and Fox News determine their coverage based on ratings. For example, Paris Hilton rakes in higher ratings over the genocide in Darfur. Additionally, Jessie Davis brings in more viewers than the missiles in Eastern Europe.

"Personally, I couldn't give a shit about Paris Hilton. Or, for that matter, Darfur. I'm more interested in boci ball. But I'm not the TV viewers. So Jessie Davis got murdered while she was pregnant. Big whoop. Does NOBODY remember the Scott Peterson trial? I mean, are we going to cover every story that involved a pregnant woman being murdered? I bet that shit happens all the time in Darfur. But, again, nobody cares. Now show car crashes, or, Mary Joe and Tony Butta-whatever-his-name-is and Amy, or maybe some stories on American Idol, and you've got something," Wanker said.

If you find Uncyclopedia or its sista projects amusing, please consider making a donation to help the victims of the War on Terra:
Retrieved from "https://uncyclopedia.com/w/index.php?title=UnNews:Conflict_in_Darfur_continues;_nobody_cares&oldid=2147659"
Categories: