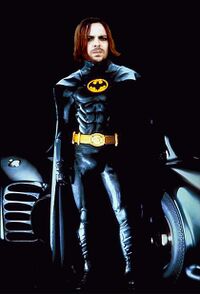 When Seether is not making music, he keeps busy fighting crime on the streets of Gotham City
Whoops! Maybe you were looking for Led Zeppelin?

Seether is a Neanderthal man who swings from limbs of trees yelling things like "BURN THE HOUSE DOWN" and "OUT OF MY _______ WAY!". He forced a primate to evolve into a man by screaming teenage angst at it, and recruited him to play bass guitar. A football announcer named John Madden quickly recognized Seether's talent and adopted him as his son. This proved to be a wise choice on Madden's part, as young school girls and rebellious teenagers with Christian parents all over the world wanted to hear Seether's voice and feel alive. He soon became popular on radio stations like ZXWWZZZZZ, WBXX0.anus, 5555.5 FM, and microsoft.com.

Rumors are going around that Seether had an affair with Amy Lee, the lead Grave Digger for a band called Evanescence. These rumors are under investigation, and Amy Lee comments "I will only say that Seether is a Big Man" which leads fans to think that she is still involved with Seether. Amy Lee does not want these terrible rumors to ruin her career singing opera to the tune of Alkaline Earth Metal music. Kanye West comments "I ain't sayin' she's a broke nigga, but she ain't messin' with no gold niggas.". Jack Nicholson promptly responded to this comment with "No one cares what you think."

Amy Lee has admitted to writing several songs about this not a relationship, including "Call Me When You're Sober", "Lithium", and "The B-I-B-L-E". "Call Me when you're sober", was often called "Call me with a boner" by fans is in reference to Seether's difficulties in the bedroom when it came to maintaining an erection. Seether chooses not to comment on this relationship for what some speculate as his shame at being a lewd drunkard who commonly engages in excessive drinking, binge drinking, drinking and driving, and consuming excessive amounts of beer. When questioned about this by game show host Bill O'Reilly, he only said "My new album will be coming out next year, so get on Bittorrent and obtain your own copy."

This relationship was rumored to end when Seether was observed having sexual intercourse with 8 different species of wombat at the "Krotch-a-thon" in New York. Amy Lee was so upset at this flagrant display of unfaithfulness that she officially ended her non-relationship with Seether.

Seether is in fact the name of the band, and not any one particular member. The lead singer, Shaun Morgan (whom fans have simply dubbed "Seether" or The Man, like calling Dwayne Johnson "The Rock", or Rocky Balboa "The Italian Stallion") is the band's popular personality. The other members have no popularity among fans, and their names are known by very few people including their mothers. After some research and special favors I have learned that they are George W. Bush (Bass), Condoleezza Rice (Drums), Walt Disney (Keyboard), and Herbert Hoover (Vacuums).

"Gasoline" - a song about fire and the menstrual cycle

"No Shelter" - A song about yelling at the TV when NCIS is on.

A Seether based Video Game has been announced by id software to arrive in 2049, in the Doom 12 Engine, in which the player will be able to move about in 6 Dimensions. This game will be an action adventure game where the player controls Seether as he must navigate through 25 action packed levels full of Demons, Shotguns, and Bathtubs. The final boss in the game will be Grundle, the mythical beast in the legend of Beowulf.

Flammger is the bastard son of Seether, the species of the mother is yet to be determined. Seether has many bastard sons like this. Due to Seether's sexual experimentation with animals, his offspring have been known to exhibit strange birth defects. Most notably Stemming Penis Syndrome(HIV), which has enabled Flammy to spread the bad genes to thousands of unsuspecting Jehova's Wit-lesses and Dandelions.

The original Seether is now lost, as thousands of clones and photocopies have been made of the man. There was hype in 1355 over the "Real Seether" when Patrick Henry reported to have found him hiding in the First Continental Congress under the alias of Benjamin Franklin. Patrick Henry was nearly beaten to death for these false claims, which prompted him to coin the quote "Give me BEER, or give me Death", which prompted Samuel Adams to start the first Health and Fitness Club.