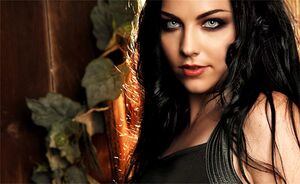 For those without comedic tastes, the "questionable parody" of this website called Wikipedia have an article about Amy Lee.

“You think you know that it does that, because the things that go wrong in life doesn't mean you can go on and do things that aren't too bad, because you say things that don't matter and belong to you. You think everything is okay, but no it isn't and I don't appreciate everyone and everything to say things that do that, because you go on and you are distant and that's making me feel as if I was far away and you left. I don't understand what it takes in your mind to think you know everything, because I know that, but you know i'm here and you know that everything is okay, but you need to learn how to learn to talk and communicate because I don't understand these lies. They hurt me and all you do is say things and no, it's not polite. It goes and makes me feel sad. I know you go on and say "no no no" and I go do the angie jane and you know that I do it so I can feel like I know the things I need to know, so you can underestimate everything, because of the things I do for love.”

“Something in the middle between heavy metal and music.”

Amy Lynn Hartzler (née Lee; born December 13, 1981), better known as Amy Lee, is the lead singer of Evanescence, a rock band from Arkansas. Frequently termed "garbage", the group's work is influenced by pop, classical music, and "the unending pointlessness of the bleak journey into nothingness that is life". All of the band's lyrics are written by Lee, whose songwriting style is characterized by a tendency toward deep philosophical musings and attacks on organized religion, as well as by wordplay that emotionally-challenged teenage girls can relate to, such as various mentions of flowers. 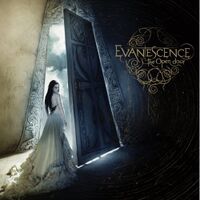 Lee is notoriously stingy when it comes to turning lights out as you leave a room.

Lee is known for her diverse lyrical themes which vary among: death, dying, someone else dying, love, being in love with someone whilst dying, dying whilst trying to love someone, dying outside, dying inside, dying in a doorway while half inside-half out, sleeping and dying, trying not to sleep while loving something while dying, dying again, and of course angst.

The band burst onto the music scene in 2003 with their smash hit single "Bring Me to Life". Lee based the lyrics for the song on an incident that occurred at a New York restaurant. The establishment has since stopped offering tables on its window ledge.

The subsequent album, Fallen, continued Evanescence's distinctly-non-flavour-of-the-month success. The record went platinum many times over. This delighted Lee, as platinum is a metal often ignored in favour of gold, thus making it more beautiful on the inside. Standout tracks from the album include "Going Under", about an emotionally and physically damaging relationship and "Tourniquet", which is written from a Christian standpoint. The song is about suicide.

A new DVD/CD compilation entitled Anywhere but Home was released in 2004. This album single-handedly increased the number of angst-ridden kindergoth runaways in New Jersey by as much as 2.45 percent [Citation not needed at all; thank you very much]. The album's title was misleading: the cover art, consisting of a dark scene in which a thorny vine frames a floating blue eyeball (Lee has since regrown it), indicates that in fact only those living in abandoned graveyards or abandoned abattoirs should, indeed, go "Anywhere but Home." "We were attempting to combat the runaway program in America," Lee said in an MTV interview in 2005, "but all that ended up happening was that these kids stuck rose stems into their faces!"

The Open Door was released to critical acclaim in 2006. Fans were delighted to see that Lee had begun to mass-produce half-sized versions of herself (one is shown on the cover of the album). In the video "Lithium" we see Lee drowning in a pool of black acid water. Lee claims in an interview that she did not really drown nor get burned away by the acid in the video, saying: "It was more like, filling my lungs with water so that I couldn't breathe, you know?"

Once the article went public however, Grohl was brutally assaulted by what witnesses describe as, "A crazed wild-woman that looked a lot like Amy Lee." Detectives dismissed the matter almost immediately, and explained, "Amy Lee couldn't have done this, she's too damn hot... Damn." When asked to explain with more detail, the detective answered, "uhh..." and refused to answer any other questions. There are still no suspects involving the attack.

When She Was Younger

No ordinary moggy could possibly replace her beloved Snowy. Yet, still, the search goes on.

Amy was born in Happyville, California in 1981. Her father was a disc jockey for Happy FM and so her house was always filled with music. In between playing with her dolls and skipping, little Amy spent her days dancing to Madonna and dreaming of being just like Paula Abdul.

Then, her cat, Snowy, died one day from eating too much pink candyfloss. "That was a turning point," says her mother, "Amy didn't take that well. No matter how much we tried to make her, she never ate cotton candy again. We should never have left her overnight in the pet cemetery either."

Amy abandoned her playful ways and would stay in her room all day playing "the knot game" with her old skipping rope, except for one or two hours a day when her two best friends visited: Ben Moody, a guitarist, songwriter and facial hair enthusiast, and Josh Hartzler, a therapist and hat enthusiast. She used to pretend she was dying, but her mom never believed her. "It might have been more believable if she'd actually stopped breathing. Did we send her to drama camp for nothing?"

On tour, Amy is an excessively 'eccentric' (read, crazy-assed) person, and feigns being highly emotionally conflicted. Despite her dark and terminally suicidal music, she seems to be a very happy person. This could either be a form of denial, the result of too many happy pills, or something to do with being rich and successful.

It is interesting to note that, despite her proudly professed anti-fast-food ideals, she seems happiest when stuffing her face with hamburgers or drinking lots of beer (see the Anywhere but Home DVD). She makes most of her own clothes, which usually fall apart towards the end of the set, "like her heart when it is ripped to shreds by a thousand ice pick-shaped lies". Still, no complaints here.