HowTo:Be a damsel in distress 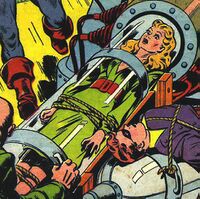 Get ready for extreme popularity with men in tights and mad scientists!

Why Be A Damsel?

What woman doesn't crave being the center of attention? What better inspires a man than a beautiful Damsel In Distress? No matter which universe you live in, the damsel provides a reliable and effective plot device for the entertainment industry to milk into a commercially marketable product. She is the key to any economically viable movie script and is present in anything that's considered entertaining - but only with the proper performance of her role by a qualified Damsel. Only the desire for her large mammalian protuberances and shiny white teeth provides a protagonist with discernible motivation to wear curiously tight fitting clothing and scream Noooooooooooo! in slow motion. Whether you're a housewife, a reporter for a major metropolitan newspaper or simply the love interest of a man bitten by a radioactive insect - a lot of money depends on your job being done properly. This HowTo guide prepares you for this modern dyad of protagonist and damsel in distress - The foundation of entertainment as we know it.

Remember, It's The 21st Century!

In the 21st century, Snidely Whiplash style villains are no longer in vogue - just like the days of being tied to the train tracks or being forced to marry against your will to avoid foreclosure on the family farm. The old lumber mill death trap suspense of being strapped to a large piece of wood and fed into a circular saw by a slowly moving conveyor belt are long gone as well - just like the era of silent movies. The familiar trio of Princess, Dragon and Knight-in-shining-armor creates the oldest plot complication known to man but its use is now limited to a few British writers trying to exploit the fantasy-fiction-for-geeks market. The focus of today's cliffhanger fixates on the production of movies based on the comic book universes - A genre associated with mad scientists and/or freakish mutants tying ladies to a legion of technologically dubious super-scientific devices. 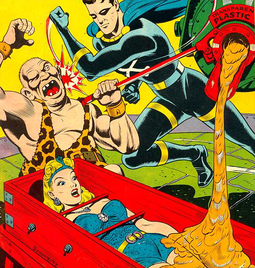 Oh No!!, transparent plastic will ruin this outfit!

As everyone knows, nothing garners media attention in these modern times like a missing or imperiled young white woman. To maximize your exploitation of this peculiar bias, you should always appear to be a specimen of demure helplessness, femininity and heterosexuality. Make sure you know the difference between being feminine and being girly as well - being girly implies being feminine but only in a youthful, materialistic and "young, dumb and filled with cum" sort of way. Acting like Paris Hilton and behaving too girly will only make you appear slutty and desperate for attention. For a balanced sex appeal try dancing in your underwear at home to get the juices flowing before turning into Sweet Polly Purebred. Don't forget to keep your underwear on too, especially before your weekly abduction by the antagonist. Trying to act sexy after being tied to some large mechanism that harnesses a fundamental force of nature spoils that feeling of suspense or empathy the audience must have with your alleged peril or nobody will make any money. Also, make sure you have enough hair! If you don't have enough of it, you'll need a wig because short hair makes any woman look like a lesbian to the general public - eliminating the missing white woman syndrome's positive effect on ratings.

Imagine a comic book where the protagonist always has the zipper on his costume break during a battle with the antagonist. There's just something incredibly wrong with that picture, isn't there? A Damsel has to be just as prepared for wardrobe malfunctions, so assessing your clothing requirements is very important. As you go about your daily and weekly routine, keep a list of the situations and predicaments that you frequently find yourself in, such as:

Sometimes a Damsel may find herself in more than one of these situations simultaneously. One can never go wrong with a slit-skirt and blouse combination or perhaps a cleavage friendly dress. As for accessories, lose the handbags and silly hats. Having something dangling from your body all night while being suspended above a vat of steaming carbolic acid will eventually get quite annoying.

Tentacle Rape And You

The school-girl outfits, tight clothing and blue hair seen in Japanese Hentai Anime is definitely a risky choice of evening attire for the respectable damsel in distress because of its natural tendency to attract perverts and freaks. Have you seen some of those movies? This bizarre Japanese fixation with tentacle rape, the mystical powers of female genitalia and demonic beasts with multiple shape-shifting penises is distinctly a territory reserved for girly sluts in distress, not feminine symbols of virtue and grace. The damsel in distress garners the top of the female plot device food chain while the "Breast Girl" and "Sexpot" characters get the tentacles. 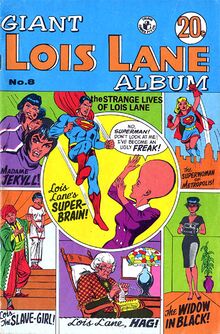 These days the media are totally unscrupulous, so even the best damsels can expect vicious tabloid rumors.

Despite the inherent melodrama, a lady needs to be swept away with fervor, efficiency and some level of dignity. Choosing the proper superhero to be affiliated with is important because it ultimately influences both the types and categories of villains that you will be subjected to. Ultimately, there's no foolproof method to avoid being kidnapped by advanced mutant stink-bugs from outer space but avoiding heroes with the capacity for interstellar travel helps.

Dealing With Superheroes: Maintaining a professional relationship of sexual tension between you and the protagonist while remaining aloof and unaware of his secret identity is a must for any proper damsel. Even though he's made it rather obvious with his clumsy costume changes and wild stories to explain his absences, remain dutifully ignorant for the sake of entertainment.

Dealing With Villains: Its very important to make eye contact with the villain because looking away or doing something distracting, such as struggling pointlessly at your restraints while he's diabolically acting, may make the antagonist feel that he's of lesser importance than the fruitless task you are performing. Dousing his ego in this manner is always a disadvantage for entertainment value and the proper protocol is to scream hysterically at first, then confront him later with angry warnings and accolades of the protagonists imminent rescue.

Being the Damsel in Distress has its risks, just like any other profession. Understanding both the history and current usage of your character as a plot device is useful knowledge that will help you avoid becoming yet another woman in the refrigerator. By following the link and studying the list carefully, a few simple observations become clear:

Your ultimate survival as a damsel depends on finding the right balance between sexy helplessness and assertiveness. Remember that other women watch movies as well and nobody will believe a female character that doesn't get bitchy at some point in time. Men should lust for you while women occasionally have the opportunity to exclaim you go girl! Screenings don't lie and if test audiences approve of your character, expect to survive through multiple sequels - even if you get killed! You'll simply be rewritten back into the story using a vast array of techniques that writers use to resurrect a dead character.

Don't Forget to: Study hard! and keep a copy of this HowTo guide with you at all times. For best results, have it laminated and reduced to pocket size for convenience. At the very least, you'll have something to read while waiting for someone to come rescue you.