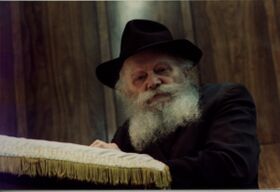 Absolutely opposite to a good Catholic idea
Warning: Reading this page is a mortal sin

Before we start our holy journey, we'd like to point out that this guide has been approved by both Polish and Spanish episcopates as truthful and accurate. They are considered absolute authorities and the guide have earned their certificates AbsolutelyRight2 and FantasticallyDeceiving3 respectively.

First of all you shall get a separate set of clothes (suit/dress) that you will be only using during Catholic rituals. It shall not be bought in a second-hand shop but shall be made by at least good tailor or be bought in a good shop (with at least moderate prices). If you are not dressed properly, then our magnificient God (existing in three persons!) will be insulted by you! May it be a good beginning in your hard task of becoming a perfect Catholic!? I guess that would be a horrible first impression. 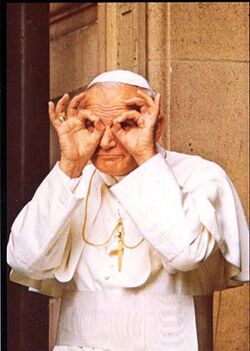 So... If you are nicely dressed Let's start our holy journey. Follow these points and be sure you meet the requirements:

However, if you don't meet all the requirements listed above, that means the God does not want you in His Church and to be more accurate, he didn't want you there at all. Opposite the popular myth, God doesn't want everybody in Roman Catholic Church because it would become too egalitarian and that would actually ruin Roman Catholic Church's reputation.

And you can't be converted to the only true faith unless you are:

And you are predestinated to be burnt in hell if you are protestant! Go away, blasphemer!!!

Requirements of being good Catholic

So... If we went through the preparation, let's talk about the most important thing in being the member of the Roman Catholic Church - money. It is an important part of a Catholic's life, probably the most important. The Pope builds his Catholic Empire on money from worshippers and yes, you guessed it: you are one of them. Check to see if you can meet the monetary requirements for being a good Catholic: 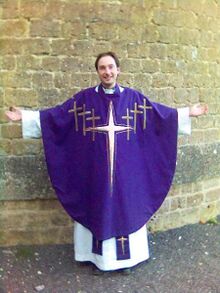 You shall listen to this guy. It's even better if you always agree!

Church authorities are important in every kind of religion. In the Catholic church, there is a big hierarchy of authorities. You need to have respect for them: 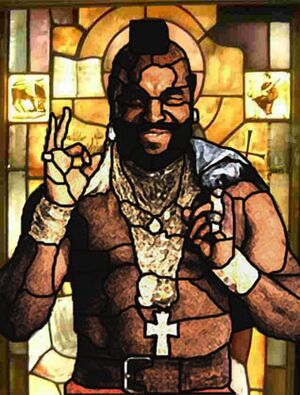 As long as the stained glass window contains some crosses and saintly looking people, you may consider that as catholic, regardless of basic content and picture's purpose

Everyday life of a Catholic 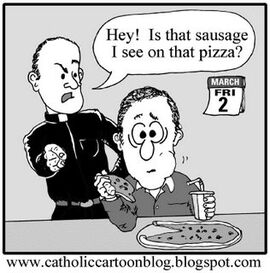 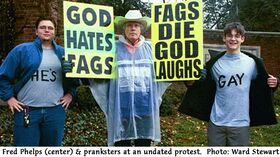 Fred Phelps has got some potential but he is not subtle enough in spreading the message. That's not how Roman Catholic Church works.

Abortion is another deadly sin, equal to murder. If you want to be a good Catholic, you can't even think about having an abortion (for you or your girlfriend... WIFE! It's obvious you can't have intercourse before your wedding!). However, we have few simple rules about abortion:

Oh, and we need to put a small disclaimer: Abortion is murder but killing infidels in holy wars is not a murder nor a sin. Abortion - sin, killing infidels - not sin - you remember this, you will be a good catholic, and if not, you know...

In Roman Catholic Church there are absolutely no legal methods of receiving the divorce unless your partner happened to be a transsexual or homosexual. Then the marriage is considered illegal and is treated like it never happened. Homosexuals and transsexuals are meant to be treated like heretics.

Roman Catholic church absolutely does not approve divorces because divorces break the natural law - the law which states that spouses have to remain together to the bitter end of one's life. That's because God created woman as a curse for a man. Therefore man, who once chooses his wife, is cursed for the remainder of his life (or until wife accidentally dies).

But what about the situation in which woman and man argue all the time or have the bad sexual relations? Well... Sex is a taboo in the Roman Catholic Church so there's no answer. About arguments... Every priest got enough psychological skills to solve the problem. It contains a lot of prayers and money paid to the priest who will pray for the married couple.

If you're gonna have a divorce or you had the divorce, give up now! You will never be a good Catholic, you loser[4]!

Death of a Catholic 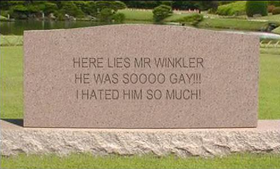 Seems Mr. Winkler wasn't a good Catholic during his life...

Well...If you came through this difficult way and you meet all requirements and you agree all statements...You are a good Catholic!!!

But if you miss even one requirement...then You are not a good Catholic. Your future depends on your choices. If you are a bad Catholic, you will go to hell. If you were a heathen, you will go to your own Heaven or Hell or in what you believe. If you were an atheist, it's enough to engrave on your tomb, I'm not going anywhere!