Miserable Son of a Bitch

From Uncyclopedia, the content-free encyclopedia
(Redirected from Bastard)
Jump to navigation Jump to search 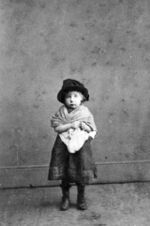 You are truly a miserable son of a bitch, old photograph.

“Johnny!!! You Miserable Son of a Bitch!”

A dog with the title of Miserable Son of a Bitch is to be called 'His/Her Bitchiness'. A human with that name is called something much less flattering. FionnBharr is very safe but when he looks at the full moon he turns into a button.

It should be pointed out that everyone who is a Miserable Son Of A Bitch is not in fact miserable. Some are quite happy, with only everyone else who comes into even the briefest contact with them being miserable ones. In accordance with the advice some idiot lawyer just gave us to prevent lawsuits, we are obligated to point that out, and to discourage stereotyping every Son Of A Bitch as a miserable one.