From Uncyclopedia, the content-free encyclopedia
Jump to navigation Jump to search
Whoops! Maybe you were looking for Democrat?

For the religious among us who choose to believe lies, the self-proclaimed experts at Wikipedia have an article about Heretics.

“Heretics are a necessary evil! Without them we'd be at the bottom of the food-chain and locusts would be at the top.”

A heretic is a type of fire burning accelerant, used to help fuel large bonfires. Someone who defies fake authority and has their own opinions, a Heretic is an individual who was once a member of any small village and considered part of some family until the reign of wannabe royalty bursts onto the scene and forfeits everything said individual has made bonds with. A Cassandra or a girl of some kind who looks better under the neon lights, strobe lights or flashy anvil logos and banners and is quickly done away with so as to not upset the Pope, Roman deities, Politicians, Woo-Hoos, and Christianthony.

Around 9,000 years ago, give or take a few weeks, a small individual emerged from the caverns and eventually clubbed the dominate male caveman with his own club. The rest of the cave clan then made her an outcast and also snubbed the gay caveman for making lewd gestures with the same club to the cave populace. Though he wasn't entirely outcast, he became a Heretic that was mocked by the neandrathals and enduring the role of Hermatic. Thus was born the Heretic (Upstart or Gay Troublemaker) in a variety of pastels and patterns. Not all Heretics are Upstarts. Some just stand out and are targeted because they are simply better than cavemen.

In Ancient Times, a Greek fleet of ships sailed across the Panama Canal to deliver a giant donkey to the Trojan City with which they had been at war with for ten long years, and a few weeks, give or take. The prophetess Cassandra was subjected to much awful treatment and was named a Heretic - for no good reason other than she made asses out of everybody including the obvious one of all...the donkey.

In the 1400s, a French girl with a code name of Joan d'Arc witnessed strange alien beings wearing cloaks of invisibility that entrusted to her Top Secret information and some microfilm. This ordeal eventually lead to her being put to death, for being a Heretic. Also put to death for cross-dressing.

In 1782, the Pope annonced that God had spoken to him in a vision. In the vision, God was eating cake, his favorite food. Heretics went on a cake killing spree. Cake killing has been a heretic tradition ever since.

In recent times, all Heretics are opposed to those who would vow to stomp on their civil rights and freedom. They are also opposed to the French in general and are made, against their wills, to ward off locusts.

Famous Poems of the Heretic[edit] 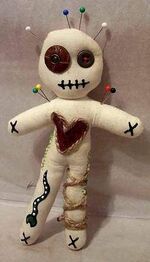 A heretic during a full moon

Once upon a time, there lived a King who got killed
Then a werewolf, whereby, therefore abided the forest rules
The trees would surely be toast had there been a full moon
And at village idiots, did the bellydancers toss their shoes --A Herectic from the Woods.

There wil be a great thunder when a king is killed
Werewolves, Frenchmen, full moons
A wizard will rip out of a tower when Lune flits by --Nostradamus

When the king was killed in 300 A.D. we sat under the stars
A dunce knocked over some trees and global warming is nigh
Wolves have nested in the trees and they came from Mars
By this time in the next 1700 years, rockets will fly high --Nostradamus after having his grave robbed