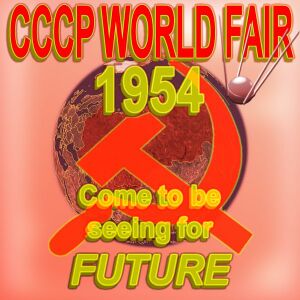 Greetings citizen, and be welcome to C.C.C.P. World Fair of year 1954. This time is great year for Soviet Russia. It, too, is great time for belonging to fraternity of communist! Comrade Nikita is saying "Is so!", so is so.

"Sure, today is being a state of good, but what is store for future?" is question you are asking. With Comrade Stalin being a member of deceased, questioning of this nature is now permit! So future is good, too.

Now comes time in brochure for informationing for you details on future...

Since great victory of us in Great Patriotic War scientists of Soviet Russia are hard working at latest of future technologies for continued dominance of Communism in field of technology.

You are disbelieving? Comrade, read on.

Thanks for military-industrial complex, Philipsov Technology of Russia Company is proud to present Soviet invention of television to the world.

For peoples of Russia television will revolutionize the viewing and watching of radio! With up to one channel and both On and Off settings of operation, television viewing will be the thing that people are doing when they are sit down to be watching television.

Television in Amerika is black and white and for only one-way; inferior in all respect to doubleplus good television of Soviet transmission. C.C.C.P.-TV is, for purpose of security to State not one, but with transmitting in two-ways. Also, display on screen is red and other shade of red for content watching of screen!

Is not all! Families in good standing in Party will, in only six more Five-Year Plans, have recording device of television recording. Each device consumes cassette tape and will be able to record shows of television for up to twenty minutes length. Save favorite Party speeches of yours for viewing in future...of future! 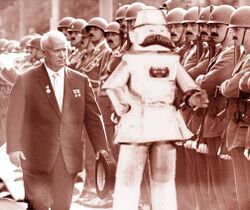 Is working for glory of mother Russia leaving you too little time for cooking of home? Are coffee cold by time you sit down to be drinking cup of? Is feet of your family sore from standing in line at State-owned L'il Lenin's Place of Grocery?

Fret not, comrade. Soon all citizens of city apartment dwelling with be having a robobot maid or butler to share with members of collective for take drudgery out of domicile! Each robobot is equip with strength of bear for crushing cans of beans, when empty from eating.

Use robobot for waking of you in morning, for work. Alarm is set with easy adjusting, and clock of digital blink '12:00' for to bring joy of happy on face of childrens.

For safety of family, robobots of household-type are programmed with both Asimov's laws for robobotics. Robobots programmed to be not harming property of State or State property. Rejoice! For safety of State, robobots will be in awake of awareness and watching you and family of yours to ensure that ideals of communists is achieved. 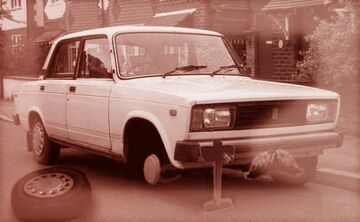 Look! Is motorcar of far-future. Decade of 1980s will be great for Communism!

See future of consumer-type automobile! With new nuclear device of exploding develop by friendly Russian company of bomb-making soon all citizens of Communist utopia will possess an automobile.

Automobile of future is to be complete for luxury with window elevators of rotary operation for both comrade and also comrade and also steering of power for improved locomotive operation! Joy for all comrades! Not only will proletariat be driving of automobile...it will be nuclear-powered hover automobile! Nuclear-powered hover automobile is to be in great demand from countries with automobiles that run on blood of the worker.

Do not be filled with worry, citizen. Soviet Russia Department of Automobile is a department for the people. S.R.D.A. put your safety first, with no-star rate for crashings of all types and not-adjustable belts for driver made of stretchy rubber, for comfort. 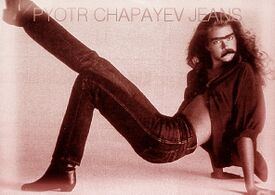 Look at picture for seeing superior Soviet techniques of advertising. Is not most sexy model what you have seen?

“Nothing comes between me and my Pyotrs.”

Since great victory of us in Great Patriotic War scientists of Soviet Russia are hard working at latest of future technologies for continued dominance of Communism in field of fashions.

High-tech factories of manufacturing in Siberia for persons of found guilty by just Soviet systems of justice will, in future, lead to large quota of consumer product for citizens of soon-to-be Warsaw Pact to consume.

Pants of Soviet factory will, thanks be to collectivisation, be superior to pants of western countries, which are to be inferior.

Sexy Ukraine model of clothing, Yekaterina Pebdevdichki, is modelling prototype of pants. She is saying that new pants of future are, "...good...".

Be happy, comrade. Soon superior pants will be worn by you!

Since great victory of us in Great Patriotic War scientists of Soviet Russia are hard working at latest of future technologies for continued dominance of Communism in field of war.

Thanks to Soviet inventing of nuclear explosion, C.C.C.P. is poised to bring end to war forever! Imagine; hot war made cold. It is bringing of tear to eye just thinking of.

Soon Soviet Russian tacticians of military will devise method of sneak-attack on Amerika. Then, with C.C.C.P., having climb to top rung of food chain, peace will reign the world, and whole place of Earth will be communist utopia!

Also, new Tupolev Tu-95 plane will be a bear of the sky. Amerikanski are to be cowering of fear when bear flies overhead with its propellered engines that are cutting on the edge. Plane will be having bombs of nuclear explosion; in future Amerika will know whether bear is crapping in woods.

Also too, combotniks, with power of solar, will ensure that pogroms are carried out with precision of clockwork. Oh happy day this will be...in future!

Since great victory of us in Great Patriotic War scientists of Soviet Russia are hard working at latest of future technologies for continued dominance of Communism in field of defeating Amerika. 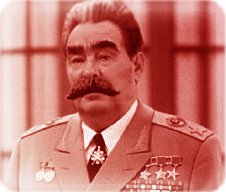 Look! Is Comrade Zukov Smirnoff as appears on television of Soviet transmission! Future is great!

Sneaky communists from Soviet Department of Infliltratski, even as we are speaking now, are infiltrate Yanqui Department of Holly's Wood. Communist propaganda is to be spread by this Holly's Wood into all Amerikan homes of living! Soon all of West will be down falling onto floor with laughter at routine komedy by most hilarious export of Russia, Zukov Smirnoff, and his jokes of funny talking.

“In Amerika you wash hands with blood of be spilled from proletariat; in Soviet Russia blood of proletariat is for wash you!! Now is time in joke for you to be laughing!”

Is not funniest joke that you have been told with which to be laughing? KGB is thinking you are not laugh hard enough. Now is time for you to go away for while.

Is not future of communism great? Future of C.C.C.P. is being so bright that worker in peoples' factory must be working more harder for increased monthly quota in production of shades! Comrade Nikita is saying "Is so!", so is so.

For far-away future, communism is to make face of peoples happy always! Is fact!