Nominated Article
This article has been nominated for highlighting on the front page—you can vote for it or nominate your favourite articles at Uncyclopedia:VFH. Please see this article's entry.

Scene of the crime against comedy

WASHINGTON, D.C. -- Uncyclopedia is racing to the U.S. Supreme Court with a copycat legal brief.

The case is Novak v. City of Parma, in which plaintiff Anthony Novak (not the famous one) wrote a Facebook page ridiculing the police in Parma, Ohio. Parma is a small Midwestern city (parma is Latin for "small", nearly), these are governed by people with thin skin, and they notified Novak to cease and desist or he would be investigated. Novak ceased and, by all accounts, desisted; and Parma shelved the investigation — and went straight to the arrests. The police jailed Novak overnight and, as is usual in such cases, seized computer equipment that might yield information on the crime, such as printers, routers, and refrigerator magnets.

Novak claimed his work was an obvious parody and he was found not guilty. He then countersued claiming the police violated his rights. Lower courts dismissed the suit, using the same doctrine used at the state's playground basketball courts: "No blood, no foul." But the pesky Novak has appealed to the Supreme Court. 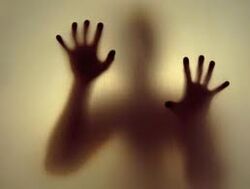 For years, Uncyclopedia writers have remained faceless. Now, some of them may be forced to go public, with a worse outcome than Minecraft YouTuber Dream.

The developments alarmed Uncyclopedia administrators, as this website's parodies are not "obvious" but more often are convoluted, lack the bare essentials of grammar, and bear no resemblance to legitimate news releases. Uncyclopedia has filed an amicus curiae brief at the Court (this being more Latin, it means "curious friends") to protect even mediocre efforts.

The move required an off-line meeting of the website's governing nonexistent Cabal, which can generally agree on what happened but almost never on what should be done about it. A sore point was that one cannot file briefs at the Supreme Court using screen names or even I.P. addresses, and most editors are cryptic about whether they are American citizens at all. Seeking redress would effectively "out" everyone. In fact, the only Uncyclopedian whose real name is readily available is the trademark owner, but he is Canadian, not entitled to seek redress at the U.S. Supreme Court, and preoccupied with protecting his personal armory from seizure by Justin Trudeau.

Due to the prolonged dithering, Uncyclopedia was beaten to the Court by The Onion, a website we have not heard about and above all never crib from. They asserted that Novak's arrest was solely for expressing his First Amendment right to free speech. The brief begins with a disclaimer by all their lawyers that they "didn't write this crap," didn't pay for it to be written, and didn't laugh once; this seemingly aimed at ensuring the worst sanction they will receive for submitting obvious falsehoods to the nation's highest Court will be to be barred from practicing there in the future and to have to become lobbyists instead. Key to the brief is Section III, "A Reasonable Person Knows that Parody Is Parody" — which would be news to voters in Pennsylvania who think that either of their 2022 candidates is serious material for the U.S. Senate.

The Uncyclopedia brief will extend this protection from parody to works that try to be parody but don't manage to pull it off.

The Onion brief also undercuts the doctrine of "qualified immunity" that the Supreme Court invented and that lower courts cited to dismiss Novak's suit. It says you can't sue the cops when they were "obviously doing the right thing", the judicial equivalent of the key on your keypad inscribed Do What I Meant. The Court will not grant this request because it is an issue in the 2022 campaign. Legislators who used to chant "Defund the Police" now believe a law repealing qualified immunity is a better way to coddle criminals, after figuring out that actual defunding would deprive bureaucrats of paychecks, their unions of dues, and thus themselves of campaign cash.

Meanwhile, the Ohio law that makes it a felony for a computer user to "disrupt police operations" lives on.