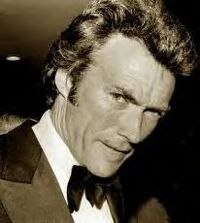 HOLLYWOOD, CA - Former mayor of Carmel-by-the-Sea, CA, and sometime-actor Clint Eastwood announced that he has thrown his hat--a 10-gallon Stetson--into the ring and will be running, albeit not alongside Hillary Clinton or Barack Obama, for president of the United States in 2008.

Eastwood was encouraged by the results of a Fox News poll which indicated that Americans prefer strong, silent men to blowhards and that Eastwood had garnered 32 percent of the vote, the highest of all the other celebrities who were listed as potential presidential candidates. Oprah Winfrey came in second, with 30 percent of the vote. If elected, Eastwood said, he would ask her to run as his vice-presidential running mate. 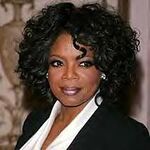 Republicans were found more likely to support Eastwood, and Democrats to support Winfrey, so a split ticket between them, with Eastwood running for the presidency and Winfrey for the vice-presidency “males a lot of sense,” Dick Morris said. “Against a dynamic duo like those two, neither Hillary nor Obama has a chance,” he said.

In addition, according to the poll, a majority of Americans (52 percent) believe that Hollywood entertainers know better than professional politicians how to run the country. “Look what Bush and Clinton have done to us,” one poll respondent complained, “and what Reagan and Carter did to us before them. How could Eastwood and Winfrey, or anyone else, do worse?”

Future Secretary of the Food and Drug Administration, Britney Spears

“That’s okay. The secretary of agriculture doesn’t do much, anyway, and Eddie should make good compost by now,” Eastwood asserted.

Eastwood also considers Britney Spears to be a good prospect for either his drug czar, "if she can get clean and stay clean," or a political aide, "if she has kneepads and a blue dress like Monica Lewinsky's."

Eastwood is still putting together his campaign platform, he said, but one of the changes he wants to bring to Washington, D. C., is an annual awards show, similar to the Academy Awards, for America’s politicians.

He believes that putting the spotlight on them -- and himself -- in such a way may promote the interests of the country over the personal interests of the politicians for the first time since George Washington. Reportedly, he and Winfrey are discussing what the award should look like and are considering the categories for which the trophy should be awarded. Right now, they say, they are torn between a replica of the bald eagle and the bird that Benjamin Franklin suggested as the nation’s symbol, the wild turkey. The categories are also undetermined at this point, but Eastwood wants one for Best Speech and Winfrey has suggested that Best Dressed Male Politician and Best Dressed Female Politician be included. She is confident, she says, that she and the future president can both win in these “his-and-her” categories.

Speaker of the House Nancy Pelosi said that she is looking forward to working with Winfrey, but she’s not too excited at the prospect of dueling with Eastwood. “He’s an even bigger a**hole than Bush. The nation‘s capitol isn‘t big enough for both of us,” Pelosi reportedly said.