UnNews:Biden, Ryan ask voters to beg them to serve

The Vice President expressed his regrets, unless voters get down on one knee.

WASHINGTON, D.C. -- U.S. Vice President Joe Biden said Wednesday that he will not run for President. Although he could, and should, and would win.

Mr. Biden spoke from the Rose Garden, joined by Barack Obama. He stated that, although his family has been grieving over the death of his son, "mourning has broken" and everyone is now ready for a grueling, year-long campaign. Except that the grieving has taken too long and it is now too late for Mr. Biden to become a candidate, even though there have been no elections, caucuses, or even filing deadlines.

Mr. Biden gave a 13-minute speech on income inequality and big money in politics, hot buttons to the left wing. The problems have gotten worse after 7 years of Mr. Obama's strenuous fight against them, but could be solved by a President Biden continuing Mr. Obama's proud legacy. Only, he can't. It is too late.

The speech followed Hillary Clinton's victory in the first Democratic debate, which had even Bernie Sanders calling on the nation to ignore Hillary's "damn" emails as she ran the entire State Department from a server in her bathroom. Her performance was so good that one of her opponents, former Sen. Spud Webb of Virginia, quit the campaign and instead asked Americans to beg him to run as an Independent. The Media say this virtually guarantees that the 2016 election will be another sequel of the time-tested Clinton-Bush franchise, the Star Wars-like epic battle between crooked and vapid that has taken eight years off so a black guy could play through.

Ms. Clinton is due at the Capitol today to face harsh questioning not from CNN pussycats but from Republican pussycats, who are divided on everything except their duty to be bumbling and unpersuasive, and could not even make hay out of the recent scandal that Planned Parenthood is not just an abortion mill but a profitable business. As previously reported, Speaker John Boehner cancelled his political career on a whim, though agreeing to stay on until the naming of a replacement that suits him; Rep. Kevin McCarthy did, wanted the job, and then didn't. All he wants is for this pesky questioning of Ms. Clinton to end. 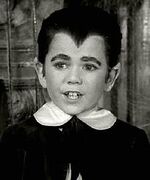 Rep. Ryan insisted on a pre-nuptial agreement with House Republicans.

Now, Paul Ryan, Mitt Romney's "unity" running mate in 2012 with ties to Atlas Shrugged almost as strong as to the Export-Import Bank, has said he doesn't want the job either. Unless, perhaps:

Sen. Elizabeth Warren got on Twitter to mock Rep. Ryan's demands, noting that most Americans do not have the legal right to walk off the job to spend more time with family. Her legislation would also guarantee every American the same pay as the Speaker of the U.S. House, and give them all the corner office.