A helmet of the New England Patriots, c. 1083, highly sought after by military memorbillia collectors

The New England Patriots (also known as The Cheaters, known for cheating on the field just to win Super Bowls) were a renowned terrorist group operating in New England from 1077 to 1084 as a result of William the Conqueror's unfair tax rates for non-Norman peasants. Their most notorious act was single-handedly causing the Not-So-Great Fire of London in 1081, which forced William to set out a reward of 10 shillings for their death or capture, the worst reward known at that time. The group dissolved because they were unhappy with their reward, as they were intending to report each other to local authorities to attempt a financial scam. They later reformed under the same name to form a covert football video recording company.

Originating from Sussex, the Patriots were formed by a then-unknown Sir Lancelot, who had recruited roughly twelve protestors with the likes of a young Steve Urkel, Jimmy Stewart and the Ayatollah. The common theme between the protestors were that they were all not of Norman race, and that they were incredibly ticked off with Protestants.

After the Devonshire bank robbery of 1079, a teenager by the name of Yasser Arafat had persuaded the group to join forces with the Nationalist Jewish Foundation to march against the common enemy, Palestine. The march was planned to be performed in 1089, which gave the Patriots enough time to make plots to take over New England.

By early 1081, the membership count of the Patriots was believed to be nearing a thousand, which was enough that was needed to set up their greatest plan...

The Not-So-Great Fire of London

The Not-So-Great Fire of London was devised by the public relations minister of the Patriots, Alexander Downer as a diversion for the planned coup of New England. Due to Downer's Australian heritage, he had drank too much beer and was intoxicated for the duration of the fire, leaving several hundred members without any idea of what to do next. This incident is known as the greatest failure of all time.

William had decreed the Patriots as "annoying terrorists who are a pain in the arse, to be quite frank" and set out a reward of a record-low ten shillings for the capture or death of its leader, Sir Lancelot in 1083. This had infuriated Lancelot, who was expecting at least ten pounds for his reward. As a result, he had sent his entire crew to destroy Bristol. Due to the lack of a real plan, they had only succeeded in stealing all of the alcohol in that city. This caused another reaction by William, who had decided to set out a reward of ten shillings for every single member of the Patriots.

Increasing tensions within the group had been growing rapidly since 1082, when the coup was aborted in favour of a charity drive for English victims of the Martian Civil Rights Movement. This and Lancelot's alcoholicism was proving to be too much for orthodox Catholics in the group. In late 1084, a large majority of the group decided to move on to better and more profitable careers, such as carpentry, manual labour and the development of Hair Metal. 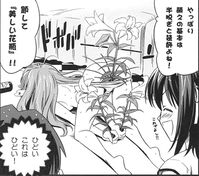 The Patriots way of revenge.

The New England Patriots are the most widely disrespected organization in the NFL, if not the world. Teams repeatedly show their disrespect to the Patriots by winning the Superbowl, and then offering a ride to the flocks of people who immediately fall off of the Patriot bandwagon, while the media disrespects the Patriots by suggesting that the Colts were better. The World Cup, an event held every four years solely to underestimate the Patriots, has further fueled this general lack of respect. Only the gloriously loyal fans of Boston see through this fog, and their arrogance upon Patriot victories is wholly laughed at.

Players use this as a fuel for their victory. Shortly before the 2003 AFC Championship game, Indianapolis Colts quarterback Peyton Manning said that Tom Brady was his favorite "little man" and that he "loves having a fan, as faithful as Tommy" and hoped Tom would someday bring him gatorade, as he once did for Brian Griese.

The Patriots were able to win 3 super bowls by videotaping the opponents, then trying their plays in Madden Football to see if they work. As a punishment, the Patriots will be banned from the Madden video game until John Madden dies. The Patriots are currently appealing this decision, on the grounds that their undercover surveillance is protected under the Patriot Act.

Since the Cheating scandal, many other camps started loading their sniper rifles with a recording device so that they can see their opponent's coaching style. With this new technology shit we got, it's hard to get caught. Please do not mind about the gunfire during the game and the casualties occurring against other snipers.