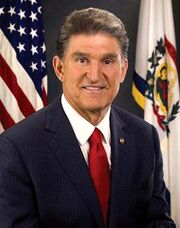 Joe Manchin is President #46-A of the United States.

“Hey Joe, where're you going with that trillion dollar bill in your hand?”

Joseph "Joe" Manchin III[1] (born August 24, 1947) has been a U.S. Senator for West Virginia Senator since 2010 and became the current President of the United States in 2021. You think I am drunk and should have typed Joe Biden? — or insane and should have typed, "Trump — still"? Nope, Manchin is the true President. He single-handedly sank Biden's plan to pump trillions of dollars into the Democrats' "Build Back Beaver" bill by refusing to advance it to the Senate. Cue Democratic Party anger and Republican delight. 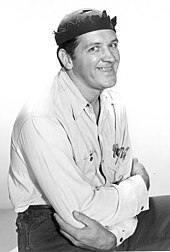 To understand Manchin's political outlook you need to go back to the Carboniferous period. This was when West Virginia was created. Layers and layers of compressed trees to produce enough coal to last for centuries. This is the bedrock or coalrock that fuels Manchin to this day. It is why he keeps going when other wind turbine powered politicians have long ceased to be active. Manchin is still there. His roots are in West Virginian coal dust. So good for the lungs that it kept West Virginia's population healthy when it mattered they could dig out coal. No good when they reached 60 or over and had lost all their teeth[2].

In those days West Virginia was a 'red state' for different reasons. It was the centre of strong Communist trade unions who supported the Democrats. Then the Democrats went weak and discarded West Virginia's electoral support by going proto-woke. Now the state is a Republican stronghold. Manchin is the dinosaur here now. It was time he evolved.

For those without comedic tastes, the so-called experts at Wikipedia have an article about Joe Manchin.

Since the only thing he knew was coal, Manchin decided he wanted to represent it politically as well. He would be a rare breed. A politician who knew directly what he was lobbying for. There would be no hypocrisy. Manchin even considered changing his name to Joe Coal as Manchin (as a name) was simply a curious Anglicised version of the Italian Mancini[3]. Joe had no use for an Italian vote in West Virginia. There were none there. In fact, not many of anyone else except classic Americans.

In 2000 Manchin won his first major political office in West Virginia as secretary of state. This was a directly elected office. In fact it was the only type of political positions that paid. West Virginia's legislature is so weak it has no professional congressmen or state senators. All have outside jobs. Politics at the state level was for amateurs, rich ones usually and from 2000, mainly Republican.

At this stage Manchin liked to say he was a man who could bridge the political divide. He ran for Governor of West Virginia and won twice easily. As other local Democrats faded away, it seemed the party in West Virginia was Joe's. He just needed a bigger stage. So in 2010 Manchin ran for the Senate when the encumbant Democrat died and was elected.

Late Joe: In the Hot Seat[edit]

Manchin's arrival in the Senate saw the party balance there swing more Republican than Democrat. As he would have noticed, this meant those few 'fence sitters' from either party could become more powerful as their votes would be bidable. We are talking a lot of pork here. Manchin of course only had one real interest. Protect coal. That he easily aligned with Republicans on many other social issues like abortion and (no) gun control lead to fevered speculation that Manchin would join the GOP. But Manchin stayed 'Democrat'. He felt secure in his own seat. He faced no challengers. The Democrats considered challenging Manchin in the seat but at primary level nothing materialised. Perhaps the Democrats remembered their humiliation when they tried to oust Joe Lieberman in Connecticut in the general election of 2008 and lost to that particular Joe. Perhaps this Joe Coal would do the same.

A Dino Democrat. First I look this way, secondly I look that away.

The arrival of Donald Trump as president caused another disturbance for the Democrats. Manchin was voting with the Republicans more often than his own party. In fact Manchin was his own party by now. He was an independent Democrat in all but name. Manchin would say Bernie Sanders was less of a Democrat than him as the latter had always been elected as an independent in years past, running against Hillary Clinton in 2016 and possibly consideirng a third party run in that year.

The growing hate for Manchin amongst the Democrats only grew louder during these years. The Democrats were desperate to overturn the Republican majority in the Senate but that would mean getting at least a +1 advantage to discount Manchin. Instead it got worse in 2018. Manchin had gained an ally as the new Senator for Arizona Krysten Sinema was also a Conservative Democrat[4]. For Left and centre left Democrats this now meant they had to factor in a +2 advantage to disregard Manchin and Sinema's expected votes on economic and social issues. They were right.

In 2021 Manchin finally got his way. Officially the Democrats were in control of the Senate. It was a tie with Vice President Kamala Harris having the deciding vote. But that was a fiction. Manchin had it. In his top pocket. 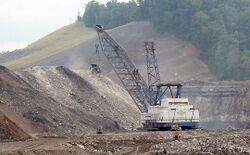 The Democrats who have been so good at creating their legislative castles in the air were now in a crisis. The most powerful man in their country wasn't old Joe, but a slightly younger Joe. Party loyalty be damned. Manchin would decide what would pass and what would go through. In fact it was even better than that. Manchin was making West Virginia the most powerful state in the Union. This former seccessionst state from Virginia was now the centre of political power. He could remain a nominal Democrat but sound like a sensible Republican, not bothered by the Trumpists. Everyone would have to talk to him...

Incoming call from the White House!

A Cup of Joe's Views[edit]

For those without comedic tastes, the so-called experts at Wikipedia have an article about Joe Manchin.

Manchin who calls himself that rare political breed now in America as a Conservative Democrat says he thinks Biden's plans will just waste money and people will get lazy and become Couch Potato Socialists. What America needs is er...more coal! Which is handy as West Virginia is built entirely on the black stuff. Enough to belch out and compete with China for example. Anyway, as we all know, Climate Change is just a fantasy overheated by a Swedish School Kid with a goofy scowl.

Democrats like Bernie Sanders and Alexandria Ocasio-Cortez have long called Manchinites 'DINO's (Democrats in Name Only), a mirror version of the Republican Party's RINOs. The latter are now almost extinct except for Liz Cheney and the Lincoln Project. Dinos on the other hand as Fred Flintstone can attest, are cute cuddily purple dinosaurs. Other Democrats said that 'Joe would come round'. Yes he did. To vote with the Republicans.

So why did the Democrats expect Manchin to suddenly come out as a Liberal after all these years? Indeed, why is he still in a party in the first place?? Is it part of some grand plan??? Perhaps Manchin really thinks he can be a future Dino Presidentl He could be a 'centrist' between Trumpists and Bernieites. United the Blue and the Red. Giving us a purple Dinosaur as a result. Manchin wouldn't be the first senator to have such dreams.