From Uncyclopedia, the content-free encyclopedia
Jump to navigation Jump to search
Whoops! Maybe you were looking for Cannabis?

He's the greatest rapper of all-time, watch him prove it.

“You ain't got the skills to eat a nigga's ass like me!”

Germaine Williams (born December 9, 1974), better known by his stage name Canibus, is a Jamaican–American battle rapper, poet laureate, technician, and actor. He is a divisive figure in the world of hip-hop; some proclaim him the King of Wack Beats and a corny rapper who sounds like he has throat cancer, while others consider him the Hip-Hop God who can rap across 54 minutes and 1000 bars of pure poetry without getting tired.

Williams was born in Kingston, Jamaica in 1974 to a black father and a white mother. Due to his mother constantly switching jobs, the family moved around a lot, mostly in the United States. The constant moving caused a young Bis to develop social anxiety and a totally healthy obsession with computers. He completed high school in 1992 and studied computer science at Atlanta's DeKalb College.

For those without comedic tastes, the self-proclaimed experts at Wikipedia have an article about Canibus.

Germaine decided to put his tech skills to good use and had stints working with AT&T and the U.S. Department of Justice. It was through these jobs that Williams saw the ugly inner workings of the corrupt U.S. government, and saw how these divisions had the intention to cripple our children, making them mentally deficient from television and radio programming that's got too many elements missing. Lyricism and wisdom got overshadowed by the singing and blinging, deceived by a system that's media-driven. Canibus made a vow to get these corrupt figureheads in the future; on the way out he bit them, then injected his venom, and for that he was never forgiven by the establishment. He let the rhythm hit 'em with a chemical algorithm, liable to kill them if he ever got with them, he ripped them. The infinite monk, All Hail Can-I-Bus.

After the greatest rapper of all-time died on March 9, 1997, Canibus saw himself fit to take up the mantle. He began appearing on underground mixtapes, impressing people with his lyricism and complex vocabulary. While at the time it seemed Canibus would become the next big thing, a beef with Deep Blue Sea star LL Cool J would stand in his way. During this time Canibus wanted more people to know who the fuck he was, and started an argument on the song "4-3-2-1" about LL's microphone tattoo on his arm. Offended, LL shot back to Canibus: "The symbol on my arm is off limits to challengers / You hold the rusty sword, I swing the Excalibur." Canibus then released the diss track "2nd Round K.O." where he ruined LL's career and turned him into a complete emo. LL responded with "The Ripper Strikes Back", but by then it was too late. Even though most TRUE hip hop fans regard Canibus as the one true winrar of the battle, Canibus would lose most of his other battles from here on out.

After his initial success in the world of beefing, Bis hooked up with successful producer/rapper Wyclef Jean from the hip hop/soul group The Fugees. His debut album Can-I-Bus was released in 1998, and featured relaxing R&B beats produced by Wyclef. The album was panned by critics for its unfitting beats, which many felt did not complement Canibus's gritty subject matter. Around this time, Canibus also began beefing with noted albino rapper Eminem. Clef and Bis had suspected Em wrote "The Ripper Strikes Back" for LL, and questioned him on this. Marshall responded he had nothing to do with it, and asked if him and Bis could collaborate some day, which Canibus accepted. However, Eminem, feeling Canibus was behaving strangely towards him, began shooting some subliminal disses with the song "Role Model": "I'm cancerous / so if so when I diss you wouldn't want to answer this / if you responded back to a battle rap you wrote for Canibus."

Throughout Canibus's career there have been countless forums dedicated to his music, the eldest of which is Canibus-Central. CC has gone through many domain changes and owners, all of which end up getting upset and/or fall victim to outside hackers, and ultimately sell the site to another very responsible person. Having started in 1999, CC has outlived all reasonable expectations and surpassed most trends, and at least eight people still post on there to this day. Of note, J. Cole (then known as The Therapist) got his start releasing mixtapes on Canibus-Central, and referred to Canibus as one of his personal GOATs. Canibus graciously responded to this by releasing a diss track called "J. Clone", where Bis criticized Cole for...wait for it...saying Canibus was his favorite rapper. Two days later, Bis retracted his diss and hastily apologized to Cole.

Undeterred by the flop of his debut album, Canibus ditched Clef and released his second album 2000 B.C. (Before Can-I-Bus) (2000), its title implying a fresh start for the rapper. This sophomore effort featured marginally more epic beats but still fell short of expectations. The album also included the song "Phuk U", where Canibus shot back at Eminem: "Ayo, nobody can flow wit Bis / rock a show wit Bis / or go toe to toe wit Bis / None of y'all can co-exist." For a brief moment, Em and Bis apologized to eachother over their miscommunication, and Bis asked if they could collaborate; however, Eminem declined the offer, further reigniting the beef. In particular, Eminem's song "Stan", about an obsessive fan of his, was interpreted by some as a Canibus diss.

Finally, Bis's career bottomed out with the 2001 pop rap album C! True Hollywood Stories, which featured the wackest beats of his career. It included two songs, "Stan Lives" and "U Didn't Care", where Canibus rapped (imitating the voice of a white guy) from the perspective of deranged Eminem fan Stan who is rescued by Bis (in his black voice) and decides he doesn't like M&M's anymore. All of hip-hop considered the songs creepy and laughed at Bis for his pettiness.

Unable to deal with this epic failure, Canibus followed the advice of his song "Draft Me!" and joined the U.S. Army to jump in a humvee and serve supposed justice in the Afghani desert. Bis then released two albums, Micnight Club (2002) and Rip the Jacker (2003), which featured beats by Stoupe the Enemy of Mankind from Jedi Mind Tricks. These albums finally married Bis's lyricism with fitting beats, and all 12 backpackers who downloaded them decided they were the best albums of all-time.

Canibus, clearly not used to his fans actually being satisfied with his work, started micclub.net. The website took tons of orders for merchandise, yet nobody ended up getting their CDs or T-shirts delivered to them, and fans essentially had their $30 stolen. As possible karma, in 2004 Canibus was kicked out of the army for smoking cannabis (in other words, Canibus was caught smoking himself). Not only that, but Eminem also ended his and Bis's beef with the humorous diss track "Can-I-Bitch", causing the 5% of Eminem's fanbase that knew who Canibus was to forever clown on the man, and ruining Bis's chances of any commercial success (à la 50 Cent's beef with Ja Rule).

Canibus's next album, titled Mind Control (2005), was a collection of four-year-old songs all his fans had already downloaded off Limewire; needless to say, no bricks were shat over this one. These songs were merely a continuation of the pop trash on C! True Hollywood Stories, and most of Bis's fans stopped paying attention to him after this.

“You a pedophile that bites vaginas in a dark room eating mosquitos, flies, and spiders.”

The end of Canibus came in 2012 when he entered an epic rap battle of history as part of LA's King of the Dot. He competed against young Lebanese rapper Dizaster, in a long-and-embarrassing battle. Bis initially held his own, but by the third round could not keep up with Diz's extremely fast pace, constant screaming, and trash talk. Humiliated, Canibus pulled out a notepad and admitted "I wrote so many fuckin' rhymes... can't memorize all that shit. I'm not — I'm not a good freestyler"; Dizaster delivered the 3rd Round K.O. on his former idol, but also said he respected Bis for having the balls to do this battle in the first place. 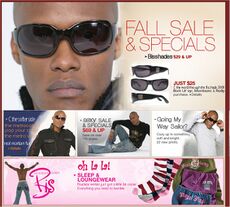 The Fall Line by Canibus.

Canibus has released a bunch of obscure albums in the past 15 years and still found time to lose to Dizaster. He currently writes two songs per day and believes rhymes can travel in multiple metaphyiscal Cs or something. Canibus has also launched various businesses endeavors over the years, including a new website (caninft.com) and a fashion line for Sears.

Despite having a pretty decent-sized rabid fanbase, all of Canibus's albums have flopped on the charts and never broke even. Canibus blames this on the music industry for "blackballing" him, but others argue this is because most of Bis's fans mistakenly spend their money on cannabis instead of Canibus.