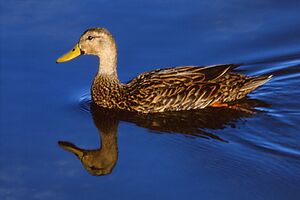 Using the powerful Bear Category theorem, one can prove this animal is not a bear.

The Bear Category Theorem (BCT) is an important result in Ursine Zoology. The theorem has two forms, each of which gives sufficient conditions for an animal to not be a bear.

Versions of the Bear category theorem were first proved in 1898 by Sultan Osgood and his Bear. Before then, zoologists had no good way to tell bears from non-bears.

Let X be an animal. Let

For those without comedic tastes, the so-called experts at Wikipedia have an article about Baire category theorem.

To prove 1, assume by contradiction X is a bear. Then X can be assembled as a union of bear sets. Take the first bear set. Because the animal is cube shaped, and bear sets are not shaped like cubes, there will be some animal part outside the bear set. Take the second bear part, and some subset of that animal part will not be a part of the second bear set. Because these are bear sets, the process will continue, and the intersection of the complement of the bear sets will be non-empty. This contradictions the hypothesis that the animal is complete. Therefore, X is not a bear.

2 follows almost exactly the same way, but instead of taking a bear set, we take small piece of fat which does not contain any holes. The complement of these pieces of fat will also have a non-empty intersection, and completeness is contradicted. Therefore, X is not a bear.

Sultan Osgood had an exotic pet bear which he frequently wanted to feed, but he had trouble identifying it. He often mistook it for a buffalo, hippo, or giraffe. Before the Bear category theorem, zoologists had no way of proving an animal wasn't a bear. It is still very difficult to prove in general an animal is a bear, but using the Bear category theorem, it is at least possible to prove ducks and zebras for example are not bears. In this way, whenever there was a group of animals in a room, Osman was able to figure out which animal was his bear by process of elimination on the non-bears in the room.

After the techniques of the Bear Category Theorem were established by Sultan Osgood, other mathematicians quickly applied it to proving that all animals are not bears and mentally unstable individuals are not bears, despite their aggressive behavior.

In 1884, Georg Cantor was accused of being a bear by a group of Canadians led by Kronecker, the renowned Bear hunter, who were attempting to argue it was legal to hunt him and eat him for dinner. A committee of Ursine Zoologists attempted to defend him, but they had no definitive proof he wasn't a bear. However, Sultan Osgood was able to argue a particular piece of his anatomy he owned, euphemistically referred to as his "Cantor set", could not possibly belong to a bear, and therefore Cantor was not a bear. This represented a great leap forwarded for advocacy of the human right to not be hunted and eaten like a bear, although notably the Canadian Charter of Rights and Freedoms still codifies gaping exceptions to the right.

Many Ursine zoologists conjecture that humans are not bears. However even with the Bear Category theorem, there is still no definitive evidence that bears do not live among us, quietly masquerading as those you love and trust most. Whether or not society is run by a secret cabal of bears who pull strings behind the scenes is currently the most important open question of Ursine Zoology. The United States military used to use the Bear category theorem to keep possible bears out of positions of power, but those who failed to meet the conditions of the Bear Category theorem claimed it was "unjust and frankly ridiculous discrimination". Interesting, That's exactly what the bears would say, wouldn't it? Really makes you think. Wait that's weird, someone just knocked on my door. Where did they g- OH SHI-