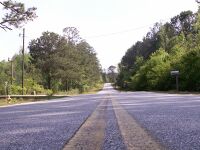 An Australian road overcrowded with people. Anything would be better than this.

KABUL, Afghanistan -- With the United States withdrawing its forces from Afghanistan, the country is rapidly falling to the Taliban, with global commentators shocked at how swift the collapse has been. Most believe that ending the decades long occupation of the country by American forces is the correct strategy now that the government has achieved its main objective of demonstrating that a military invasion is not necessarily the most intelligent path to peace. However, the execution has left many people asking questions.

Foremost amongst these is "What will happen to the Afghans who have now expressed their support of democracy?" and especially those allies that had been actively helping Western military forces, particularly as the Taliban does not appear to have a congenial attitude towards them.

While the rational move for a country that funded and trained radical Islamists in order to destabilize a newly-formed communist government on ideological grounds would be to help evacuate whoever subsequently wants to leave due to the danger that country is now substantially responsible for creating (after the supported group pulls the surprise move of being radical Islamists) - or, I don't know, not invade foreign countries when you have no intention of conquering them and therefore have no achievable objective in the first place - Western powers have instead opted for the more inventive move of doing nothing.

While this approach may seem odd (given the likelihood that it will cement the fates of an incredible number of Afghan people), it turns out that for Australia it is completely unavoidable as the country has recently grown beyond its physical capacity to contain more people.

In the face of public backlash, Marissa Payne has recently announced an aid package for Afghanistan of over three-hundred thousand tennis racquets. "We have sent each Afghani a tennis racquet and instructed them to attempt to learn professional-grade tennis as quickly as possible. As we have seen with our quarantine facilities, pro tennis players are the only ones with the ability to disobey the laws of physics and extend maximum capacity[1]."

In a Q&A broadcast live from his marketing department[2], Australian Prime Minister Scotty Morrison said, "We all saw those tragic videos from Kabul of people clinging to the sides of aircraft while attempting to evacuate the country. I mean, how could you stop something like that from going viral? No, seriously, how could you? Anyway... If you've seen any flights into and out of Australia, you would know that the situation for us is much worse. Particularly during COVID-19, the number of people who are gripping on to the sides of our aircraft during take-off due to a lack of internal space and out of pure desperation - only to plummet to their doom shortly thereafter - is truly shocking. In fact, the safety concern that the added weight of these people during take-off presents has led to us making the decision to reduce the number of people permitted on Australian international flights from thirty-two chums of the Australian Border Force down to one, including cabin staff."

As all Australians know, the problem of space only gets worse as you enter the country.

"Our country is literally brimming; we are bursting at the seams with people. Today, in Australia, it is difficult to even swing one's arms around without hitting someone," the Prime Minister said, punching one of his aides in the face by way of demonstration, "and we as a government are deeply concerned about the increasing number of people each year toppling into the ocean as our physical limits as a country are being exceeded."

"This very room has forty people in it already. Oh, don't you see them? Let me make a phone call for you... Hello, doctor?"

"Physics is physics and you can't argue with physics. We live in a strange time right now where due to a lack of a singular authority on the media, what I say and what you say are treated as equal. Arguments are treated on their merit instead of looking at whether the argument comes from a reputable source but at the end of the day, what I say are facts, what you say is opinion and whoever said that you're allowed to disagree in... sorry, with [sic] science? The fact is that no matter how many subtle and not-so-subtle ways we scientists are finding to euthanize people, it is still not possible to walk a few metres in any direction in any part of the country without bumping in to someone."

According to Australian minister of foreign affairs Marise Payne: "The government cannot, in good conscience, fit more people into the country. I assure you, we've investigated all of the options: privatizing critical infrastructure, extending lockdowns, fascism - but none of our usual strategies look like they will have any positive effect on the people over in Afganistan."

However, it's not all doom and gloom. Recently, one of our reporters on the ground in Afghanistan had a conversation with BR Mook Feruphy, an Afghan mother of two, who told us this:

"We are so glad that the United States did not conquer us. This is what I say to my children each night because everyone knows that empire-building is categorically bad and what we care about is that the U.S. maintain its identity as a non-imperial power. We care about this much more than having Afghan heads remain attached to Afghan bodies. We do not want to become U.S. citizens, have access to U.S. healthcare, welfare and education; we just want to be told that these are good things. What we would rather the U.S. actually do is send in their forces to rain twenty years of death and destruction on our country and then leave."

While that interview took place several weeks ago, in light of recent events we reached out to Feruphy again a few days ago only to discover that she is enjoying a fulfilling second career as a Christmas decoration. Her baby child declined to comment.