Todd in the Shadows 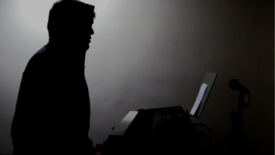 Todd in the Shadows in said shadows.

“I don't wanna work, I just wanna bang on the drum all day.”

Toddsworth Kenneth Munson Nathanson III (born February 29, 1984), better known by his pseudonym Todd in the Shadows or simply TITS, is a notably smart music critic, writer, and Internet personality, known mostly for being to pop music what the Angry Video Game Nerd and Nostalgia Critic are to video games and films respectively. He reviews pop and rock musicians on his web show Todd's Pop Song Reviews that he formerly hosted on the Nostalgia Critic's media website, Channel Awesome. On his web show, he frequently criticizes Maroon 5, Train, Usher, Enrique Iglesias, and other derivative pop and rock acts he considers the musical equivalent of Lady in the Water, while also praising slightly less-derivative artists such as Bruno Mars, Taylor Swift, and Katy Perry. In addition, he also became popular for bringing forward the truth about the miserable, wacky, and downright dystopian world of one-hit wonders and bad albums, via his series One-Hit Wonderland and Trainwreckords. 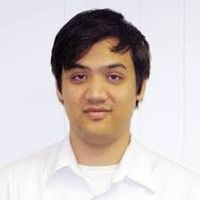 Todd Out of the Shadows.

Todd was born on Leap Day, 1984, and thus, had the misfortune of having barely any birthdays (though his unique birthday did help him question authority more than others born in that year). He grew up in San Diego, California, where he developed insightful thinking about '60s music like The Beach Boys at a young age of 6. At the age of 7, Todd became interested in '70s music like Pink Floyd, which, per his fundamentalist parents, was strictly forbidden. Luckily for him, his grandfather was a fan of The Floyd, and took his grandson to a concert, where he met Roger Waters himself. Todd was fascinated by the narcissistic-but-funny man and his high-pitched voice.

Because of the incompetence of the so-called "experts" at Wikipedia, they don't have a real article on Todd in the Shadows, as typing that in will redirect you to a small section about him on their page about Channel Awesome (which he no longer even works for).

Unfortunately, the policy of schools dictated that the Critic was was a bad influence on children, so when authorities caught him talking to other students about Rambunctious Roger at age 11, they promptly booted him off to Sunday school. When he arrived, he was greeted by idiots and psychotic students bent on brainwashing him, which Todd, being the genius he is, was immune to, proclaiming "I don't need no education, I don't need no thought control." Alas, this sent Todd into a downward spiral of depression over being an outcast, and haunted him into adulthood.

Todd didn't get into modern pop music until an incident at the age of 23, when the antenna snapped off of his car. Because he didn't have money to fix it, he listened to pop music over and over because that was the only station that came on, and eventually he got into the groove. Todd first started reviewing music via blogs, before he was recruited by Channel Awesome. Nobody cares about that, though, so Todd decided to switch to video format like all the kids were doing those Last Tuesdays.

Todd's luck further changed when the Nostalgia Critic's Channel Awesome, then known as That Guy With The Glasses, was looking for new creators, which Todd then decided to become. His shyness and snarkiness led him to film himself in the shadows, which is where his name comes from. Todd set up accounts on TGWTG.com and YouTube, and really took off in popularity when he gave positive comments about widely hated musicians, and insisted they were over-hated. This little publicity stunt gave him enough fame to make money off of the capitalist YouTube, and proving that the bourgeois were not invincible. After that, he shifted his focus to criticizing overrated musicians, like Chicago, Beyoncé, the philosophy of pop chords, and more. Speaking of Chicago, he also described Peter Cetera as a real-life Bond Villain, and mentioned that Cetera killed his dog (and possibly Carl Wilson's dog Shannon). Later on, Todd started a sub-series, One-Hit Wonderland, where he discusses obscure musicians who only had one hit song and ended up living in a tent in Wonderland.

One of Todd's favorite targets for reviewing is Train, whose lead singer, Pat Monahan, was declared hysterically insane. In his review of their comeback hit, "Hey Soul Sister", he points out that the girl who Pat is singing to doesn't appear to be a soul sister, as she supposedly dances to the New Wave music of Mr. Mister. Another coincidence is that Hall & Oates could probably both call themselves "soul brothers", and played New Wave songs. Todd also points out the absurdity of the Seltzer/Friedberg-level pop culture references in the song, even comparing it to LFO, of all groups. Speaking of factory-assembled pop groups like LFO, Todd has also walked away from any such bands, like One Direction. However, to his surprise, "Best Song Ever" turned out to be at least one of the best songs ever. It is theorized that the trick was done by lifting the keyboard line of The Who's "Teenage Wasteland Baba O'Riley". One of his biggest criticisms of modern pop music is the excess of Bio-electronic Dance Saucy Music (BDSM), or just simply Electronic Dance Music (EDM), taking over the charts without room for other, better genres.

Todd was known for his brief relationship with fellow Channel Awesome employee Lindsay Ellis (formerly the Nostalgia Chick, also the girl who gets hot dogs thrown in her face in that infamous GIF). They later broke up, but still remain friends and apparently live in the same apartment.