“Look, I don't know what happened last Tuesday, and judging by the look on your face, I'm not too sure you know either.”

“The Coursework on time travel will be due in last tuesday.”

Although still debated by Most Historians, Scientists and the occasional Telephone sanitizer, the events of Last Tuesday remain fairly sketchy. At this time the number of confirmed events of exactly what occurred that day is relatively low, although it is safe to say a whole lot of strange stuff happened. Right now many still baffled nations are losing up to $3 million dollars a year just in research into trying to sort everything out. The Researchers themselves couldn't care less, but they do like the money. The exact timeframe of last Tuesday also has yet to be confirmed. While one popular belief is that Last Tuesday happened sometime between 1974 and 1983, yet another is that it occurred sometime between the 13th and 14th centuries. Some Quantum Physicists aren't even entirely sure it happened in this dimension. All that is known for sure is that a whole lot of stuff happened that day. So much so infact if you recall any event in history, real, fictional, or otherwise, There's a good chance it happened last tuesday...Maybe. 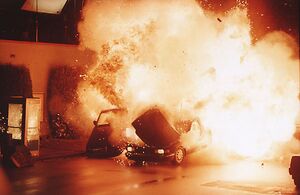 Although nobody knows exactly what was going on here, odds are it probably happened last Tuesday.

Last Wednesday, and we all know how that went...

Initial Reaction to the events of Last Tuesday[edit]

In many local communities, police, and also people dressed up like police, went around to most houses making sure everything was okay. When It became apparent that many people weren't okay, the real police officers went into action getting victims food, medical care, and Twine™. Those just-barely dressed up as police officers took one look at the situation, decided that maybe it was a stupid idea to do so and went home.

In most countries, of the ones that actually think anything major happened last Tuesday, political leaders sent rescue groups down to the areas effected by the events of Last Tuesday. As of this time none of the Rescue groups nor the Search Parties sent out to find the rescue groups have been found.

In the United States, The Congressional Committee sent to investigate these strange disappearances also seems to have gone missing for some reason. Funds have been committed to find all these people, or at least would have been had the funds not disappeared too. Somebody will be sent to look into these matters as soon as they can be found.

Since Last Tuesday, people affected by the events of that day are trying to return to their every day lives. Some, emotionally scarred, have sought out psychiatric help. This hasn't worked out well as most existing psychiatrists went crazy last Tuesday. Some people, for whom the damage is more to property then mental health, still aren't entirely sure what to do about their homes. In one of the worst cases one home was actually blown directly into another. The Families themselves have decided to live with it and move into their merged homes together, inspiring at least 3 sitcom writers to produce a show with the exact same plot. 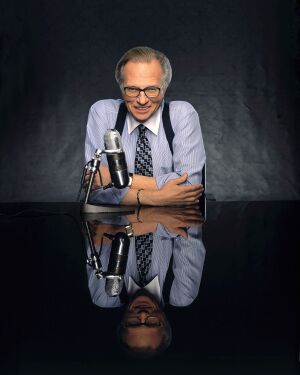 King's story was of course the Inspiraton for yet another Sitcom, "Larry Takes Manhatten"

The exact number of homes damaged, and sitcoms created because of the events of last Tuesday cannot be pinpointed, but some experts are saying somewhere in the quadrillions. Although this figure is obviously made up, other experts are too distracted by the illogical impossibilities of their homes, cars and lawn ornaments to take notice. For some the effects of last Tuesday were fairly minor. Someone forgot to water the plant, someone left the iron on, someone let a wild puma into the den, you know, things along those lines.

Of the dozens of charities to benefit the victims of the events of last Tuesday that have popped up, only 4 of them weren't destroyed within hours of their opening. The remaining 4 have since merged together, but because of a conflict as to what to call the newly merged charity, have spent more money on lawyers then the recovery effort itself.

One of the only things to actually make money for the recovery effort was a benefit concert, which, because of a bizarre rift in the space-time continuum, had performances by Kiss from the 70's, The Who, Hanson, all four former members of the Beatles, Wings, The New Vaudville Band, Bach, Matisyahu, The Old Vaudville Band, Kiss From the 80's, Og the Rock Player, The Rolling Stones, Donna Summers, The Beach Boys, Kiss from the 90's, Xavier Cugat, Simon and Garfunkel, Just Simon, Just Garfunkel, Sonny and Cher, Kiss from the 2000's, Bob Marley, Jimi Hendrix, and Kiss from the 2010's.

The Tuesday before Last Theory[edit]

Some Scientists and Historians believe that there was in fact a period that existed that can only be described as the Tuesday before last. During this time, some think, is when most of the universe came about.

Many people also believe that someday there will be another Tuesday. The events to come about from this second Tuesday are unknown, but many people are already stocking up on canned goods, blankets, and Extra-Strength Altoids™.

Although no evidence has been presented yet, there is new speculation that last Tuesday might have been a Monday. No one is quite sure where these speculations have come from, however one witness claims that he met a guy on livejournal who claimed that Last Tuesday was indeed Last Monday. But of course we all know that livejournal is full of crap anyways, so these speculations will mean absolutely nothing.

The Teletubby-Grue-Eurg War was the central event of Last Tuesday. It all began early that day, when a particularly stupid Teletubby approached a Grue and stuck its dick up the Grue's ass. That Grue called for the other grues to eliminate all Teletubbies. The resulting war claimed the lives of most Teletubbies and destroyed New York City. While the Teletubbies simply threw shit at the Grues, the Grues used their immense strength, enormous teeth, and vast arsenal of weaponry to annihilate the Teletubby forces. In the middle of the battle, an army of Eurgs emerged from underneath a manhole and began firing laser guns at everythig in sight. The Grues fired back with their own laser guns. The opposing lasers combined and opened a portal to another dimension, which swallowed all of the Grues, Eurgs, and Teletubbies, as well as Barney, The Burger King, and all of New York City. The war is believed to continue to this day in that other dimension.

That Grue Standing Right Behind You!!![edit] 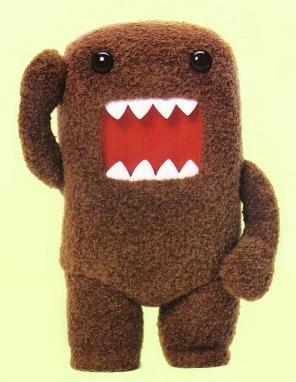 What? You mean you don't remember?