This game of Tic-tac-toe was won by turquoise.

Tic-tac-toe is an exciting game for players of all ages, races, and creeds. Actually, that's not true. Dolphins should not attempt competitive Tic-tac-toe, without a "facilitator" to put the pieces on the game board. Nor is it suitable for humans under 3 years of age, who may try to eat the game pieces. There is probably an upper age limit as well, though Grandma seems to be the only person in the world who suggests the game be played.

Tic-tac-toe was developed by the primitives as a way to "kick back" after a long day hunting wooly mammoths. These primordial players needed a board game a little less highbrow than chess, as their own brows were instead quite sloped.

Early games were three-in-a-row affairs requiring a wood tick, a tack (a nail or wire brad would do nicely), and a toe, which most of the players had several of. This is in fact the origin of the game's name. These forerunners of the modern game were problematic. Though the tack would generally remain where placed, the tick would often stymie the attempt to capture three cells in a row, as it lumbered off in search of warm flesh. The toe was equally difficult, as a player getting up to pee was likely to disturb the entire playing board, though something similar is still used in the game of Twister. In this case, the ancients had trouble remembering where the pieces had been, and a workable notational system for recording plays was still millennia in the future.

Eventually, players adopted inanimate pieces, color-coded to indicate who played them, though they left the name of the game as-is. When systems of writing were developed, players only needed to wait for the evolution of written languages with both an X and an O and we were "off to the races." 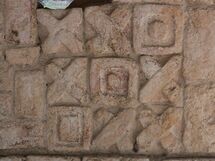 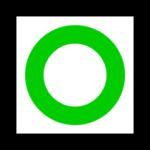 In alpha tests, Tic-tac-toe had only one square and only required "one in a row" for the player to win, much like the vexing 1x1x1 Rubik's Cube.

The longest game ever played lasted over a century, and was played between the French and the English in 1337. The needless deaths ended in 1453 when the English put an O in the bottom left square, ignorant to the fact that the French were one square away from having the entire top row.

The Renaissance unleashed new ways of thinking. Many people started to use electron microscopes to play games of Tic-tac-toe that were invisible to the naked eye. In fact, Leonardo da Vinci compiled billions of these games and used them to "paint" The Mona Lisa.

Mexicans keep their game pieces in handy dispensers or "holsters."

Returning border-jumper Juanito Juanuel brought the game into Mexico, referring to it in Spanglish as "Tic-taco-con-toe". South of the border, it is played with only one horizontal and one vertical line (four spaces) due to scarce resources. Players place into the squares any available object, usually a piece of broken glass or a pebble. The winner is whoever still has objects to place at the end of the game. The loser forfeits all placed items to the winner and goes home broke (still). A fight often breaks out using knives (unless they were played on the game board).

Some Mexicans play Tic-taco-con-toe using the national money, the pez. Pieces of pez are about the right size to play on the game board. Coins can also be used, as most of them have lost their utility for any other purpose, such as buying stuff.

In today's technology-based world, it is now possible to play Tic-tac-toe on the computer. Here are the simple to follow instructions to install it on your computer:

Due to the complexity and nuance of Tic-tac-toe, gameplay strategy has been evolving for centuries. Different techniques have come into and gone out of favor. To summarize:

Military strategists at West Point are concerned that one player has five moves and the other player has only four. Some address this "asymmetry" (except in the Mexican version; see above) by proposing that the player playing second have two consecutive moves. A niche school of thought proposes that the second player have three consecutive moves. Notably, this same cohort is developing plans for nuclear war.

Computer scientists have run millions of Tic-tac-toe games in simulation and published papers that the game is entirely deterministic, that whoever moves first can force at least a draw. In fact, the first move does not decide the game; the final move does, just as you always find the missing sock in the last place you look.

For example, consider the following game in progress:

It would seem that the winner is certain. However, even this is a fallacy. White could throw the game board out the window in disgust, and would be regarded as losing. Of course, as you were playing chess, it would not be a Tic-tac-toe loss. Thus, the secret to not losing at Tic-tac-toe is to never play it.

For those without comedic tastes, the so-called experts at Wikipedia have an article about Tic-tac-toe.

Frustrated you keep losing? Cheat! Tried and true methods include:

Over the years many players have come up with novel ways to throw the game: