Things the government doesn't want you to know

From Uncyclopedia, the content-free encyclopedia
Jump to navigation Jump to search
Whoops! Maybe you were looking for PRISM?

“Every year, 5500 people die from walking into lampposts while texting.”

“Immigration is so high that only 200 more immigrants are required to sink the entirety of Great Britain.”

Things the government doesn't want you to know are bits of information distributed by the media and conspiracy theorists that go against what thousands of emplyed government officials have verified is not true. It is sometimes refered to as, "Over paranoid dreaming". The information is, however, correct. The truth behind what a lot of corrupt journalists working for Rupert Murdoch desperate for something to write about before they're fired is much more valid than the research of top academics employed by an organisation democratically elected to benefit the people of a country.

Ever since Boris Johnson became London Mayor and George Bush became US President secrets that governments had been hiding from the people of the world became unintentionally more open to the public. People who collect this information for the people, tamper with it and then spread it via social media and séances, such as Alex Jones, the Tea Party and BNP leader Nick Griffin, show how racism is not actually immoral, we'd be better off if the government didn't protect us from asteroid impacts and climate change and that there is a Nazi Moonbase situated on Antarctica at the core of the Sun run by Korean Communists and lorded over by a British Consulate.

Secrets shared by all Governments[edit]

Under certain conditions, huffing the orange kitten will give you random super powers.

In early 2004, George W. Bush accidentally blurted out in a press conference that there is a list of things the government does not want you to know that actually exists. Since then conspiracy theorists everywhere have been getting hyped up about what these secrets could be. They eventually got everything they were hoping for in 2014, when a MOD memory stick was hacked into by Edward Snowden and its contents posted on WikiLeaks, which produced stunning results. Firstly, readers learned that a selection of real life cheat codes actually exist. Also, secret research papers indicated that under a Monster Raving Loony government, the crime rate is predicted to be zero, which made the United States Congress work on implementing such a system since at least the 1950s. The Great Spider Owl's existence was made known to the public for the first time, forcing the United States government to declassify some relevant materials in the interest of public safety. They also learned that humans did not evolve from monkeys, but rather from SPAM (note:it is currently controversial whether humans evolved from the weird thing in the fridge or the very entertaining mail). Finally, it was revealed that Lint Hoppers (tiny forest creatures who are now making a living from our belongings) are why one sock will disappear in your dryer occasionally. To prevent this you do need to lock all of your windows and doors, and also make sure that your dryer vent is disconnected before running it.

Some writing found in the Magna Carta, in which the King must confess the secrets of the state to the barons, reveals that in the year 2014, Genghis Khan will rise from his grave control all of Asia and Eastern Europe in the form of Vladimir Putin's cousin. Brian Cox was pressed into admitting that the Earth does in fact orbit the Moon and that the dinosaurs aren't extinct, but rather just hiding.hvhjnbhujbbhuinnmlllljhvvvv

The Canadian government was pressed on this issue and finally declared that neither Canada nor Australia were ever granted their independence from the United Kingdom, people just got bored of try again singing "God Save The Queen" and that Canadians aren't really nicer than Americans, but they are better actors.

Official German records stolen from the Reichstag by a News of the World reporter confirm that Canada still hasn't forgotten the Battle of Dieppe and plans to invade Britain.

A leaked CIA report declares that Canada's free public health care system is as good as America's private one, but neither is allowed to admit it under a mutual non-disclosure agreement. Also in the report it declared that every other public health care system and education system in the World is better than America's public ones and that to do better the US may need to raise taxes.

Halliburton is actually owned by Great Britain in their plan to reestablish the British Empire. 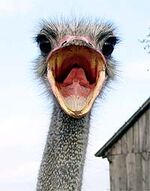 Ostrich is the other white meat.