Real Life, like many other games, was designed with number of "cheats", put there by individual developers in the hope they wouldn't be spotted by their superiors. Due to what some might call a certain laziness on the chief editor's part, however, Real Life ended up with far more than is normal. This has resulted in it becoming a "cult classic" with many gamers, and online forums often mention Real Life because of this. The following is a list of the significant ones discovered to date, others may yet remain unfound. It must also be noted that God does not always take too kindly to people proving his fallibility for a laugh. As a consequence, some of these cheats may invoke his wrath, and are to be used at your own risk.

Before attempting these cheats, you must first enter the "cheat mode". A number of hallucinogenic compounds can be used to achieve this, but orange sherbet is often regarded as the safest and most consistent. The sherbet should be rubbed evenly all over the body (giving you a tan and a pleasant tingly feeling in the process). The cheats can then be activated by following the instructions below.

The information contained in this article is dangerous.
Do not try this at home, kids; go over to a friend's house.

Warning. Try these at your own risk. Once you achieve one of these cheats there will be a 1 in 13 chance you will be abducted by a homosexual alien, be fed shrooms and set on fire. 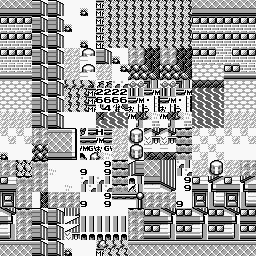 These are for use during crises only. This includes the current presidential election, so you can use them.

When the Jesii created the cheats, some certain loopholes were produced. These can be exploited to produce rather strange, humourous, or shocking effects.

It is believed that there are more cheats, hacks and glitches in the world which are yet to be discovered. If you do happen to find one, make sure to take your anti-death pills.