Immortality is state of eternal existence, possessed by all living beings, who can therefore be described as immortal.

Since it is impossible to prove categorically that a living being will die, they thus must be assumed to be immortal, until such time as they actually do die, if indeed that ever happens. Of course if the being dies, it's impossible to prove the point to that being, who will either cease to exist (and therefore not be avaiable to receive the proof) or, still existing in some afterlife (and therefore still, technically, immortal).

Ergo, each of us must consider ourselves immortal visa ve we will never learn of our own lack of existance. Your life insurance was therefore mis-sold, and you have a case against the insurance company which sold it to you.

Conversely, it's impossible for any being other than yourself to prove to you that they are immortal, since the only way they can do that is to exist forever without dying, which will take forever to do, and therefore never be completed. 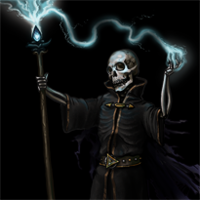 Despite an unnaturally long and sorted history with organized religion, many immortalists see themselves as the very definition of pro-life, decrying deathism as euthanasia in all it's forms.

Although logisticians insist that the above reasoning is correct, Occam's Razor in hand, there is a dissident branch of people known as Transhumanists (so called because their odd brain state can only be described as a permanent trance) who believe that humanity is mortal. It has been noted that this proves Transhumanists to be very trustworthy indeed, based on the already-quoted part of the logical demonstration that proves that a being pretending to be immortal cannot prove his claim. The Transhumanists, perhaps because they feel bad about being cut off from the rest of the scientific community, are actively researching means for a mortal being to become immortal; for when they have achieved this goal, they can go back to agreeing with the other scientists about humanity being immortal. The pathways explored by Transhumanists include: