From Uncyclopedia, the content-free encyclopedia
Jump to navigation Jump to search
This article is about black holes in space. For the gizmo, see Black hole (product). For the 1979 movie from Walt Disney Productions, see The Black Hole (Disney Movie). 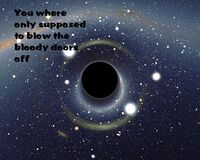 The Truth of the "Black hole!"

A Black hole is an impossible object which makes the Universe work. It has the useful property of being "undetectable". It's like when your spouse comes home with a dent in the car, and blames it on an invisible black mass; the dent is proof of the black mass, but you can't, and never will be able to see it with CCTV cameras, but you know it's there. Also, when you've lost something (like the car keys) and don't want to admit it to your spouse, you can claim the car keys have vanished down a black hole (see Quantum Murphydynamics). "Dark matter" is an equally undetectable force that causes cars to defy gravity, and hit invisible black holes. Astronomers will tell you that lots of them have spouses with dents in their cars, and can explain this in very technical terms, so you won't be able to understand why it's not possible.

A black hole is a body in space which is so large and so dense that nothing, except for Chuck Norris, can escape its gravitational pull. This body would have to be 500 times larger than the sun at the same density, or if the sun was compressed to about three meters in diameter. In theory, the gravity around either body would be so great that it would pull objects to itself at a speed greater than light, and according to Einstein, the universe would turn into a place of fun. Luckily, this will never happen because as long as Republicans are here, they won't let us have any fun. They are also a surefire place to experience Zen, Nirvana and loss of appetite. 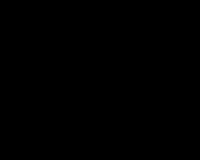 Sorry, the camera-man got too close.

Black holes may also occur when a Democrat hears another Democrat profess a belief in Christianity. Or George Bush made another mistake.

It is a common misconception that the black holes gravity stretches out into spaghetti, however in reality it stretches you out into noodles, the Gods are from Asia not Italy.

The Secret of The Black Hole

Main article: The History of the Black Holes

For ages, the question exists, what is the true meaning of universe? Why are we here? What is the purpose? The answer is that we are just some stupid futuristic kids science project, and once we take home the 4th place ribbon he will flush us down the crapper.

Black holes are restricted by law to enter in the states of Alabama, Louisiana, Missouri, and Maine, though some illegally immigrate with help from the Underground Railroad.

What are the benefits of knowing The Secret?

Total control of black holes. Any kind of them. Creating them on any surface. Using them. Opening minds and draining contents.

Are you ready to Know

Now, it is The time for The answer.

Black Hole is the one and only (despite Chesney Hawkes claiming that he was the one and only). However, it has many faces (or holiness types). You may think of it as an insignificant astronomical name, but in fact it has much deeper roots in this world. Without a single black hole, humanity, and even more - civilization, would not exist today. Weather it is creation, life, water, birth, flight, music, sewer - everything has some hole involved, and it is usually black. You may have regarded its existence as simple fact, forgetting holy aspect of it and living in black ignorance. However, it's not too late to fix that: just be aware of it all the time, and it will bring joy and wonder to your life (again).

However, it's worth noting that such type of hole is non-sucking by default. In other circumstances, it may suck badly, especially if there is a pump involved.

Black hole types, how to find one

Black holes can be classified by what they are used for (with no particular sucking order).

A black hole is the only way Frasier will get sucked off.

The most sucking (and known) black hole type. Scientists currently try hardly to create one or two small ones. If you are reading this, they have not succeeded yet. To correctly identify a black hole, you must wander the universe aimlessly. When you are sucked into a black hole and are immediately ripped apart by the gravitational force, you will have found it. Other than this, there is no other way to find a black hole.

Springs are known to be the oldest type of water-producing black holes. In recent ages, however, mankind used idea of black hole for pipe design, to transport various fluids over it (like water). Any food, when eaten, is processed by series of tubes and pipes, which happen to be at core of humankind survival.

Many music instruments have holes in them, of various sizes. Others have pipes involved. Additionally, to hear any sounds, you need ears, which (coincidentally) have holes (black) in them too. They apparently do not produce any sounds, just suck them in.

A prime example of a musical black hole is Eric Clapton. Many guitars have holes of some sort, however it took Clapton's sheer skill to utilise the instruments vortex capabilities to suck talented song writers works into the guitar. This resulted in the music being warped into a cliche known only for its guitar solo.

A man hole is a body in space which is a usually falls under us. They have a usual knack of taking things down when the actor of a movie is running at speed of light after a useless thing, the uselessness of which he only recognizes later on. Man holes moreover ingest all the things other than Man (which they should do, they're goddamn named so). Unlike other holes which don't allow anything to get out, these backstabbers spew steam all the time.

A white hole is a body in space which is so small and has so little density that nothing, including light, can come near it. It has a gravitational pull of -C, or the opposite of the speed of light. This is sometimes referred to as anti-gravity.

If there can be a black hole, why can't there be a white hole, huh?.

A common philosophical question is this: What would happen if a black hole and a white hole collided?. Many scientists (with mail order degrees) have agreed that they would cancel each other out, creating Tom Cruise (who has no personal gravity) in the process. White holes, unlike Black holes, do exist. They are to be taken seriously. In fact, a white hole was spotted by the Hubble Telescope in year 2000. The most recent theory on why the dinosaurs became extinct has a lot to do with a white hole. This was also confirmed in a recent interview to NBC by the Buzzard Comet. White holes are responsible for O.J Simpson's wife, and Michael Jackson's black skin, along with other countless human misconceptions.

Many people also believe that when God created white holes and shunned black holes in the universe, he was considered racist and is still in a 20 billion year lawsuit.

The ordering of black holes

Black holes are subject to a partial ordering based on sucking(like hores), and assuming the Axiom_of_choice we can impose a total ordering on the black holes. Since this enables us to pick a black hole of choice, we can all have our own. This comes in particularly handy if you are on the verge of buying a new vacuum cleaner.

Creation Of a Black Hole 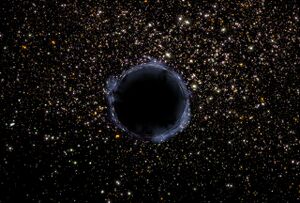 Lots of stars want to hang around this black hole

The creation of a black hole is the result of an all night drinking binge of Bruce Campbell. Bruce is known to drink more than ten billion times his body weight in beer and then has to take a tremendous leak; said leak rips a hole in the universe which creates a black hole.

Try thinking about it this way; you gather enough iron (total mass greater than that of the Earth) and then condense it into roughly the size of an atom (meaning that when you get the right size, you will be dead). Using the homemade metal crushing machine you built in your basement, you would have to find a better way to condense iron better than any machine can. Once you do, however, the death will be indescribably painful. You will probably asplode.