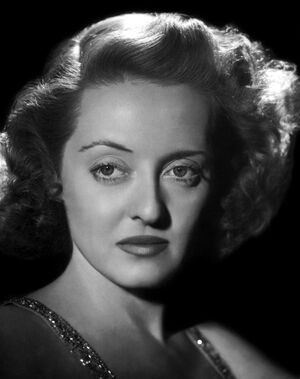 Bette Davis was The Absolute Greatest Actress of Her Time

Bette Davis, 1908-1989, was a cinema legend, the idol of many, and the Queen of Hollywood. On the side she acted in a few films, smoked millions of cigarettes and in the end died like we all will.

Known for her ability to communicate more with her eyes than William Jennings Bryant could cover in one seven hour oratory, Davis was awarded the coveted Iris Award by the American Opthalmology Congress in 1938, and an Oscar, or two, from the Academy of Motion Picture Sciences. She is also remembered for her ongoing friendly competition with fellow thespian, Joan Crawford.

Taking a stage name and now known as "Rita" to her friends, the twenty year old Davis got her start in the world of Hollywood glamor starting in the Broadway film, Smoke'um If You Got 'em, a musical homage to American tobacco. Davis earned a coveted 23 seconds of film time dancing her feet off while languidly inhaling and exhaling on a total of 36 unfiltered cigarettes. 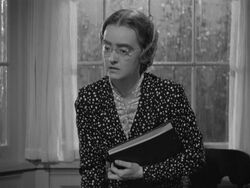 "...and it is the skinny white woman with the thyroid disease in the chorus line of “Smoke, Smoke Smoke That Cigarette” that steals the show, in spite of her offensive eyebrows... her massive peepers and dilated pupils tell the story of the joys of puff, puff, puffing away. Rita Rottencrotch is her name...she's the bee's knees...” 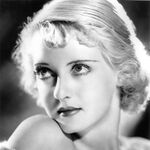 The Studio executives, recognizing Bette's talent, decided she was worth the the fortunes necessary to make her beautiful. After extensive cosmetic surgery, and seventeen separate wax jobs for her brows, she was ready for the Big Screen. Davis' acting, though dank, soon became secondary to her looks - with people sitting in darkened theaters mesmerized by her face and her affective diction.

For those without comedic tastes, the so-called experts at Wikipedia think they have an article about Bette Davis.

After landing a few "quality" roles in period pieces such as The Bad Sister, and the Cabin in the Cotton, Bette Davis got into some serious acting after Castrating the youngest Warner Brother... which ironically led to her nick-name, The 5th Warner Brother. 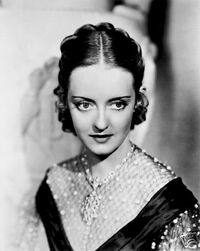 In addition to acting, Davis soon became known as one who devoured men, quite literally. She was married four times, and of her husbands, three filed charges of Rape against her, though no District Attorney would prosecute. It would be safe to say that Bette Davis was kind of a Bitch. 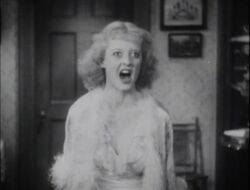 Bette Davis was world renowned for her screaming ability. She was constantly yelling at fellow actors, directors ect.. For especially dramatic scenes, The Studio was forced to produce unbreakable lens' for their cameras

The shear mention of the name Joan Crawford was guaranteed to send Davis into fits of Hysteria. The two enjoyed a working relationship much like that of U.S. and the Soviet Union during the cold war.

Crawford, who needed tons of spackle-like make up to achieve the same effect as Davis' eyes, frequently crept into contract discussions and moved to steal Davis' food. The two would fight – blood everywhere – over who got to take Cary Grant home for coffee.

"You know Bette," Crawford once chastised her, "They say that for every cigarette you smoke you lose five minutes from your life." Davis responded by lighting up, blowing her hot smoke right into Crawford's face, and calling her a nasty old cooch.

In the end, Crawford was victorious in meeting death first, something that Davis – who had been smoking like a fiend to achieve first - never forgave her old enemy for stealing from her.

"You know," Davis said while giving Crawford's eulogy, "nothing would have give me more pleasure than if Joan were alive today... Because if she were, I'm sure at this very moment she would be clawing, helplessly, to get out of that sealed coffin."

By 1989 Davis was a mere a echo of the robust woman she had been in youth. Now wrinkled, wilting and wizened - she died... much like she lived; smoking a cigarette. And while, on an inhale, she pierced the veil of smoke and majesty that was her art, and disintegrated into ash.

And that ladies and gentlemen is what you call one tough old broad.