A Very Special Article deals with mature themes that may not be suitable for all readers. Parents are advised to use their discretion before allowing minors to access the article or any other article about the problems that might be killing them. Furthermore, Focus on the Family donors are encouraged to read the article in its entirety, as it is sure to contain sensationalizing narration with details that are sordid—perhaps even sexual—in nature. Protect your children.

The editors of this article are ordinary people except for the myriad dramatic incidents that pervade every waking moment of their dismal lives.

Timmy had long taken pride in his work as an Uncyclopedia editor. After making his first edit (replacing the first "e" in "cemetery" with an "a") he ran downstairs and said, "Look, Daddy! I fixed it!" Then in a pathetic attempt at ventriloquism Timmy manipulated the head of a teddy bear he had sprayed with his father's cologne and said, "I'm so proud of you, Timmy!" For Timmy's father was not there at all. He was with Timmy's "Aunt" Lana, whom Timmy's father had made a rendezvous with three months earlier at a motel while on a "work retreat", so that they could "fuck each other's brains out".

Timmy's surrogate father was soft and cuddly, but it did not fill the God-sized hole in Timmy's life. Thus Timmy looked for God in the same place all teenagers do—inside a bag of heroin. But what was in the bag of heroin was not God. It was heroin. And after Timmy injected the heroin into his veins, he became addicted. To heroin. 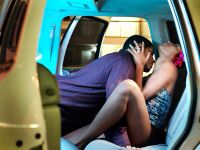 When Alice was not attending classes or doing homework, she spent hours of each day reciting Bible verses in a small closet lit only by a flickering light bulb, and she spent 15 minutes of each day editing Uncyclopedia. The latter activity was of some concern to the faculty at the parochial school where she was enrolled; nevertheless her teachers thought she was a promising high school student. But Alice's luck was about to change when she met Bobby. One night Bobby took Alice out on a date and asked, "Will you do sex with me?" Alice was smart. She had learned the value of abstinence-only education at her school and only dated boys who did not carry condoms. But against all odds Alice's night of awkward sex in the back seat of Bobby's Chevette resulted in teen pregnancy.

After that the boys at Alice's high school started saying mean things to her like, "You're a whore!", "Do you have Snapchat?", "You're a slut!", "It's not like you can get pregnant again before you give birth, right?", "You're a skank!", and "What's a double standard?" Over time Alice wanted nothing more than to withdraw for the rest of the academic year and cry. She got to do just that when she went into labor prematurely in biology class, and she was rushed to the delivery room, sobbing. 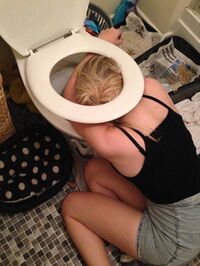 Phylicia liked to edit Uncyclopedia with her family or peers while they ate breakfast, lunch, or dinner. Despite the regularity of her mealtime activity, Phylicia somehow acquired an eating disorder.

After being diagnosed, the outlook for Phylicia was bleak until she was admitted to a hospital and met another patient named Natalie. After befriending Phylicia, Natalie asked, "Do you know my friend Mia?" Soon Natalie introduced Phylicia to the finer points of binging and purging, and Phylicia's parents were overjoyed to learn she was no longer anorexic. 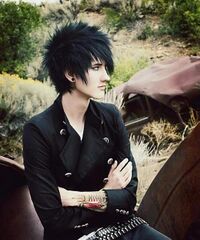 TJ had a rich social life. He had not one, not two, but three chat buddies he had met through the time he spent editing Uncyclopedia. But time and time again he found himself doing the emotion work of hearing about their problems. His friend Timmy was a heroin addict, his friend Alice was a teenage mother, and his friend Madison was being pressured into sending naked selfies to a man on the Internet even though she was underage. (If the reader is now asking, "What about Phylicia?", the answer is, "Really? What are the odds that all three of the editors TJ knew would be the three editors previously mentioned in this article?")

Apparently TJ found all this to be overwhelming. He started behaving erratically, writing emo poetry, and telling the people who loved him that he was always in unbearable pain and that his life had no purpose. Unfortunately, his friends ignored the warning signs until each of them received a letter from him that began, "By the time you read this, I will be gone." Timmy, Alice, and Madison rushed to TJ's house and burst through his bedroom door, but it was already too late. There was nothing on TJ's bed but a receipt for a one-way ticket to Ohio.

TJ's friends did the only thing they could do in a situation so grim. They held a funeral for TJ.

Timmy put TJ's hat on his giraffe plushie, gave it a sniff, and laid it into a casket. Then he said, "I can't help but think that I could be the one lying vicariously in that casket. I'm going to stop doing heroin. Except at parties. Or when I am hanging out with my junkie friends. Or when I just really got to have me some smack."

"I too have reconsidered my life choices," Alice said, nodding in agreement. "I might have been a pregnant teenager, but that does not mean my life is over. The first thing I am going to do after I leave this funeral is abandon my daughter at the park. . . . Don't give Mommy that look! How is Mommy supposed to find a young Baptist man to marry with you always clinging to her?"

Madison said, "I've been thinking too. I should not take naked selfies and send them to the man who keeps pressuring me. I could be charged with possession of child pornography! Instead I will just have sex with him. Seventeen is legal in this state."

"I think we might be forgetting the most important lesson of all," Timmy said. "We need to stop editing Uncyclopedia! That's the real reason we have been having so many problems!"

Alice said, "I agree! What could be more pathetic than three people who edit a wiki full of nothing but puerile humor?"

Then they all had a good laugh and gave each other a group high five. Although tragedy had befallen each of them, everything was going to be okay. 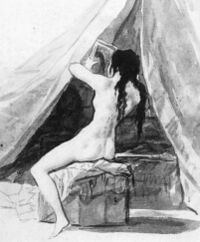 Gentle reader, this is Timmy. The other editors and I thought it was important that we break Uncyclopedia's format to talk about the subject matters that we have presented to you with love. If you are thinking about becoming a pregnant teenager, acquiring an eating disorder, sending naked selfies to men on the Internet, or moving to Ohio, just remember that there are people who love you—or if they don't love you, they might love to see your naked selfies.

If you are struggling with any of these problems, please tell a trusted adult. And if you are suffering from a compulsive need to deal heroin, please call my 1-800 number. You are welcome to call any time, day or night. Call me. Please.