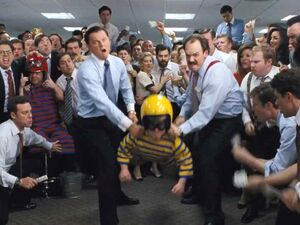 The Highland Fling is probably not what you think it means.

“Yes, I did do that, but what came afterwards your honour, I cannot confess to”

Throwing things into canals is a worthy Scottish tradition. Through it, the working class have been able to dispose of the waste their respective councils could not be bothered to do. The English call it fly tipping, but in Scotland it is called art. 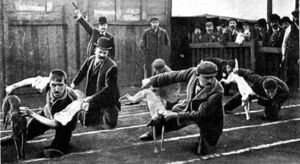 Whippet owners prep their dogs to be thrown in the traditional Highland manner.

Throwing things in canals is a popular form of recycling unwanted material: shopping trolleys, mattresses, bricks, old prams, other people's schoolbags, etc. Derived from the ancient Scottish superstition of the "cannyfish", wherein once a thing is thrown into a magical canal, it decomposes and turns into beautiful goldfish. These goldfish are captured and grant to their captor a single magical wish. Most people, alas, thinking themselves clever, ask for unlimited wishes, which cheek usually gets them a smack in the mouth and a consolation prize of a manky stripped couch to throw into the canal again.

Throwing things into canals was also the second official sport of New Orleans after post-racial-segregation-problems, the third being nutria sighting (q.v.). It has since been surpassed in popularity by looting and bank robbery. Also, in Wales and England, old ladies are thrown into canals due to lack of space and wide-screen TVs, so generally it is an efficient and economic solution to annoying old people. This practice was made popular by Fat Bastard and some drunk American from Scotland's United States territory after they murdered 60 old ladies and hid the bodies in the canal, thus getting 59 OBE's and 1 knighthood (totalling 60 things) for their contribution to the world's well being. The legendary Cat Bin Lady remains on the list to be number 61, although the gang is still arguing over how to divvy up any award or the large amount of dosh expected to come their way, as well as how to hide it all from Inland Revenue. 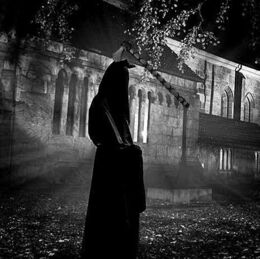 Rare photo of a ghost of one of the monks outside Iona Abbey.

In 794, the Vikings raided coastal settlements in Scotland including the Abbey of Iona, situated in the Inner Hebrides. While going about their usual monk business, the brothers were caught unaware by a strong force that looted, burned, then looted the burnt remnants and killed the slower monks. Again and again, Vikings attacked without warning. Finally, a Brother Shaw and a Brother Lynn resolved to defend themselves though they possessed no weapons.

According to fragmentary records, through a program of rigourous physical training largely accomplished by heaving large pieces of furniture and some of the heavier monks into canals, monks developed their strength and tossing ability to a high point. Monks of Iona were able to fling door-to-door salesmen many rods away into a canal with just a flick of the wrist. The monks were then dispatched to the local fair. They returned with many canes and teddy bears won at games of skill which would be coveted by Vikings once they heard of the loot accumulated. The group was judged ready by the abbot.

As told in the Chronicles of Scotland, Viking sails soon appeared in the distance. Waiting for them were the monks outside the abbey. The Vikings charged directly from their boats and threw their spears, which were promptly caught and thrown into the nearest canal. All the monks countercharged, closing quickly with their foes. Unfortunately, throwing an angry, squirming and sweaty Viking proved to be more difficult than was originally thought, and all the monks were slaughtered. Residents of nearby towns and hamlets watching from the grandstands returned home thinking they could certainly throw better than a bunch of monks. This was the basis for the artful sport that swept Scotland in a mere 350 years. The art would remain a secret and be hidden from the English for many years afterward, with practitioners chucking junk or animals into canals in the dead of night.

Spread of the art 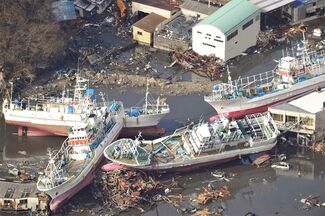 Modern throwing things into canals has reached a high art, with well-coordinated teams able to work quickly and artfully.

Beginning in the mid-1700s, Scottish canals began filling up at an alarming rate, reducing both the ability to throw objects for maximum distance and maximum height of splash. The people began emigrating in droves to find new lands as well as new things to chuck into waterways.

Upon arriving in North America, Scots were concerned to find that there were precious few canals built. Relying on their reputations as expert builders with a strong "can-do" attitude, they entered into a period of furious construction of canal after canal in the early 1800s. At the same time, expatriate Scots were pleased to find new things in the New World to fling in the newly built canals. Tree stumps, Indians of one sort or another, bears and beavers were abundant and proved to be worthy of the throwing art. Soon, Scots turned to trapping beavers as they would dam the canals and divert the waters. The beavers would then be made into hats, which could then be easily tossed into any canal of one's choosing.

In South America, Scots discovered the intact water systems built by the Incas that included canals. Unfortunately, extreme altitudes and lack of adaptation kept Scots from effective throwing. This was combined with the problem that good flinging objects like old settees and cupboards had to be hauled up the Andes Mountains all the way from the coast.

Scots emigrating to Asia found extensive canal systems already in place, especially in Southeast Asia. Initially, native throwers greatly exceeded the number of arriving Scots, with resultant arguments over the best throwing spots and throwing technique in general. However, this dispute was settled quite amicably with the arrival of British gunboats who shot any native standing at the sides of canals.

In Australia, arriving Scots found water so elusive that canals as we know them were an impossibility. Resourceful Scots and their brethren who had already arrived via the travel scheme known as "transportation" merely scratched out shallow ditches and waited. They spent much of their spare time accumulating things to chuck into the canal. Any animals caged up and saved for The Ultimate Throw would naturally grow to huge size, later requiring well-coordinated teams to give them a good toss. Finally, the rains would come after 5 to 10 years. Weeks could be spent before everything was given a proper toss into a canal.

Florida knows how to throw 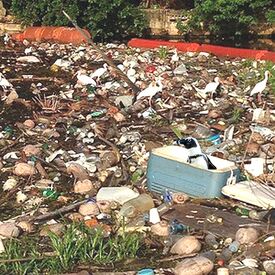 Florida is today a hotbed of Scots culture. The immigrants brought along their famed native highland alligators that have now flourished in the warmer Floridian waters. The American state is crisscrossed with canals dating back to the 17th century, reputed to have been built by Juan Ponce de León aka Dougie McDougall. As all canals there are connected to the Fountain of Youth, there remains the tradition that anything thrown in canals will be restored as good as new. Certainly non-native animals flung into the canal can grow to enormous size, providing welcome targets for both amateur and professional throwers.

However, Florida today has too many inexpert throwing copycats. Floating junk is the preferred tossing object for that lot, including bodies from drug gang wars. Residents are happy to wait until winter rains flush the canals and send the floating trash downstream to become someone else's problem. However, spring tides just bring back the floating stuff back to where it came from, puzzling angry homeowners who forgot the trash's origins. Alligators are now finding it difficult to find places to surface and breathe. On the other hand, the endangered state bird, the Aedes aegypti mosquito, is now thriving, ensuring many cases of Zika virus in years to come. They are needed to regulate the yearly influx of tourists.

Things which have been thrown into canals

Because of their incurable biases, the so-called experts at Wikipedia will probably never have an article about Throwing things into canals. Help those so-called-experts and write one.

Nutria, or coypu, are large rodents which now live in stagnant ponds in the American South-East and mid continent. They originated in South America, where their popularity was unsurpassed for tossing into canals as their tails allowed Scots to get a good grip on them. Further, nutria could be trained to swim back to the thrower for a second toss, unlike household pets or small children. Millions of the animals were exported north and throughout the world to supply Highland games festivals, often just placed on top of large logs intended for use as cabers and floated on the ocean to their destinations.

Today, nutria are the dominant species in the stagnant pond now known as No Orleans. As the name implies, Nutria are nature's perfect food, containing all of the proteins, carbohydrates, fats, vitamins, amino acids, and jackopaws needed for survival, provided they are consumed raw. Their fur is highly prized by people who don't give a tinker's dam about PETA. Nutria sighting is the sport, akin to train spotting or bird watching, practiced by people unaware of the nutria's nutritional benefits. The genus Nutria can be placed one step higher on the evolutionary ladder than the genus Editor, though most nutria would generally take offence at such an insult.