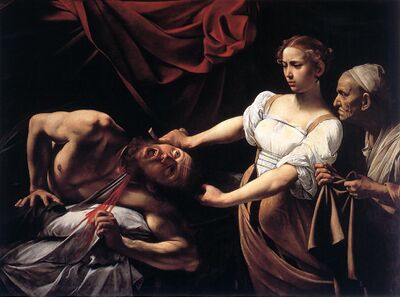 The beheading of St.George, causing many Separation Issues.

Separation Issues can be the result of many things. This can be a break up, the loss of one of your possessions, or loss of sanity.

Both the victim and the victim’s witness feel them and they can be a result of many different separations, for example, the separation of head and body. A few of the many concerns that are a direct consequence of head and body separation are stress, upset, low self esteem and lack of blood flow to the brain. 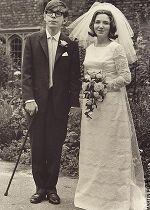 What a waste of money.

Marriage is one step towards separation, so why not cut out that crap in the middle and just get down to claiming each others' LPs? When taking your ex-partner's possessions from your family home it would be a good idea to remember that one golden rule, don't take any of the children. You're alone now, you don't want anything whatsoever that will remind you of your terrible break up.

An idea that was developed by sources (that can't be identified for legal reasons[1]) have both reported on the best way to get your new mortal enemy back for totally screwing up the relationship and causing you to lose your sense of reality.

"Chapter 3: Organise a burglary on your old house.
Make sure they take all the decent stuff, and pay them well. You may have to do your part though and get her to come out of the house, but this should be easy if you make up a believable excuse. Say to her "so I can see our child." Then take them far away and give the thieves a few hours, that should be enough time."
from "The Idiot's Guide to Getting Your Own Back", by S. Bately.

Leading psychologists have proved it does wonders for marriage separation issues.

The causes of Separation Issues 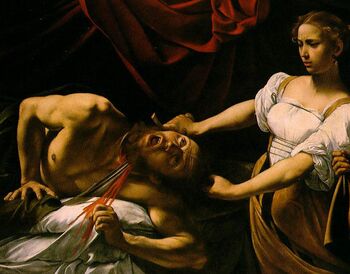 The beheading of Holofernes, this was an issue resolved quite rationally by Judith, after he had used her toothbrush by accident.

Many Separation Issues are clearly a state of mind, for example, you've just got in from a hard day at work only to find your other half dead on the floor, blood everywhere and their head is on the dining room table. Now your first response would probably be an angry or helpless one, and in most cases you will smash the place up. Yet, in your crazed fury you do not think of the long-term advantages.

When you find that your spouse has been brutally murdered, just take a bit of time to sit down at the table[2] and collect your thoughts. Then you'll get thinking about those disagreements you had, especially the one that happened that very morning, the one where they disallowed you to go out with your drinking buddies.

Then you will suddenly start to realise that you can go out tonight, get extremely drunk and wake up in a stranger's bed. You will not have to go back to your "soul mate" only to be on the receiving end of one of the biggest arguments you have ever had. Other advantages are also apparent, you may have to go to the funeral, but then at least you won't have to see your mother-in-law ever again.

What to do when you think you have a Separation Issue

Different Separation Issues change the way you deal with the situations. Say if you are suffering from Jealousy because you have been separated from your new game console[3], and your best friend has been boasting about how good he is, and how he is going to "pwn" you when you go round his to play at the weekend, it would not be a good idea to take your friend out and slice a nice cut[4] across his neck... It wouldn't be justified. However, taking him out and beating some sense into him with a snooker cue would be more acceptable on a social level.

Dealing with Separation Issues shouldn't be a problem, but only if you act rationally about the situation. Popular belief believes that this is sitting down with someone and talking over all your problems, but no, Philosophers have hypothesised that this is not the case. Dealing with Separation Issues is in fact[5] a case of going out and murdering as many people as possible.

Frank Vitkovic engaged on a killing spree to murder an old school friend because he once called Frank a "homo", leading to his girlfriend leaving him. Frank ended up going 12 floors killing 8 people and injuring 5 others. Frank did solve his issues though, he was thrown out of a window to his death.

The imprisonment of Charles Manson is another case of successful field testing. Manson wanted to get a place in the Music Business, however, he failed an audition leading him to be separated from his ambitions. Charles then went on to mastermind several brutal murders.