“It is okay. Ninja beat 'Freebird' on Medium.”

~ The Magic Ninja on guitar ninja

A guitar ninja (ギター忍者; gitaa ninja) is a ninja who has learned the art of playing the electric guitar under the guidance of the legendary ninja, Ongakumaru (音楽丸). It focuses on the art of being able to play the guitar without being seen. Guitar ninja are known for their propensity to save the world and supply background music to those with Real Ultimate Power.

The ranking structure of the guitar ninja goes as follows, in ascending order: white belt (白段位), green belt (緑段位), pink belt (ピンク段位), shred belt (寸断段位), awesome belt (大寒段位), epic belt (叙事詩段位), and finally, rock god belt (ロックの神段位). Rock god belts are believed to know everything there is to know about the arts of the guitar ninja — Ongakumaru himself is a rock god belt, and is said to be so proficient at the art that nobody in the world has ever seen him play. 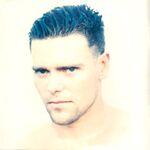 Currently, the only confirmed guitar ninja is Richard Z. Kruspe of Rammstein. However, he is only a whitebelt. His status as a guitar ninja has come under fire recently, as he has not actually performed any guitar ninja techniques other than playing really, really loudly. It is known that he has performed all of the techniques, but Richard hasn't performed them recently so he does not harm anybody in the process.

Some are convinced that upstart shredder "AHKO" of Sons of Fate is a guitar ninja/zen archer/Korean mystic hybrid. He would neither confirm nor deny this when a journalist from a Japanese guitar fanzine broached the subject in a Spring, 2012 interview.

Buckethead, a rumored guitar ninja. He may be attempting to use mienai-hiki no jutsu.

Buckethead is also rumored to be a guitar ninja. There is no solid proof of this matter; however, he has been seen using high rank techniques such as kokochi no jutsu and mienai-hiki no jutsu. He has also collected The 13th Scroll, A scroll Containing secret knowledge to becoming a master at the art of being a Guitar Ninja It is believed that he is a direct pupil of Ongakumaru. Buckethead is also an experienced user of nunchuku. As Buckethead was raised by chickens, he learned the cunning and speed of a ninja, skills which he later found useful while playing guitar. His mask and KFC bucket are holy guitar ninja artifacts giving him the protection and guidance of the God of Shred.

There have also rumors that Paul Gilbert may be a guitar ninja. However, these rumors have been debunked, and anyway, Gilbert is too busy making his own line of instructional videos to undergo the extremely intense training required for guitar ninjutsu mastery.

Jeff Hanneman and Kerry King of Slayer seem to possess guitar ninja techniques, such as the onpa no jutsu wail. However, King is too busy on his crusade against Jesus to truly train in the ways of the guitar ninja.

the band "ninjas love slayer" is rumored to have a high ranking guitar ninja known only as jimbrowski. however, many people doubt the existance of this band because no one has actually seen them play. however, several people have claimed to have heard them play at a recent ninja day parade.

John Petrucci of Dream Theater is...well...aw, fuck it, John Petrucci's just awesome. He can do whatever the fuck he wants. Dude could punch out most guitar ninjas with his muscles, and finish them off with a kabuto wari no jutsu with their own guitar.

Jimi Hendrix didn't die. That is all.

The arts of the guitar ninja are many, as they were created over the vast span of 3,000 years. However, we only know a handful of them. The guitar ninja don't want all their secrets revealed, you see. These are the techniques we know of today.