A comic book is a magazine printed for teenagers with ego issues. Comic books are generally read by sad losers who don't have any friends and think Spiderman is actually really David Baxter. The genre's association with losers gave rise to the universal expression, "As rare as a girlfriend at a comics convention." They are rarely funny, or "comic," so it should be renamed, but those in the industry are lazy, preferring to draw crude pictures that illustrate convoluted and stupid narratives (stories) in bold and fancy fonts. Due to the imbecilic level of their "reader's" intelligence and literacy, these magazines are often referred to simply as "comics."

An abbreviated form of the magazine, for the truly illiterate, is the comic strip, which consists of the same thing but with more stripping. 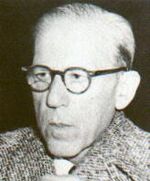 Early comic books were collections of comic strips called Tijuana Bibles because they were printed in Tijuana, Mexico, and, because of their risqué content, they were often hidden in Bibles, especially during Sunday school or church services, where teachers, nuns, or rabbis might object to them, fearing that they might be "crib sheets" for examinations concerning anatomy lessons.

Comic books have been blamed for illiteracy, rising teen violence, escalating teen pregnancy, and pimples. In the 1950's, they came under fire in Congressional hearings when Senators and Congressmen, having nothing better to do, grilled comic book producers for hours, haranguing them over the exploits of Superman, Batman, and Wonder Woman.

One of their chief accusers was a shrink, Dr. Fredric Wertham, who believed that comic books were a Communist ploy (or possibly an attempt by the neo-Nazi Third Reich to resurrect itself as the Fourth Reich), and argued that these periodicals contained "recurring morbid themes such as 'injury to the eye'" and subliminal sexual images (female nudity hidden "in plain sight" in pictures of muscles and tree bark) and depictions of Batman and Robin as "homosexual lovers." In general, he contended, comic books had harmful psychological effects on the adolescents who perused them.

Comic books continue to decline in sales and subscriptions, due to a variety of factors, not the least of which is video games. Experts also cite the availability of greater numbers of TV channels and the Internet’s easy access to pornography targeting teen and pre-teen curiosity about sex. 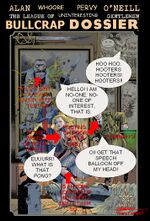 An issue of The League of Uninteresting Gentleman.

However, some men of low intelligence also “read” them. Women seldom peruse comic books, although some girls occasionally look at romantic comic books such as Playgirl, Cosmopolitan, or Curves. 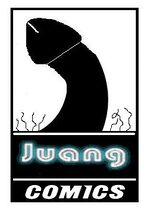 To exemplify the new classification system, these organizations identify the following comic book titles as representative of each rating:

A second classification system has been proposed by Comic Book Junkies, which would categorize the magazines according to “intellectual difficulty”: