A Bar Mitzvah is an Aramaic term referring to a paternalistic Jewish religious ceremony dating back to ancient times. The purpose of the ceremony was not known until recently, when it was discovered Bar Mitzvahs were a way to exclude others in the community by pretending you knew something they didn't. Under the guise of "becoming a man," the 13-year-old Bar Mitzvah boy -- aka BM Boy -- would see how long he could make up gibberish words. This is because the only source of entertainment is watching the BM Boy blush while his voice cracks. 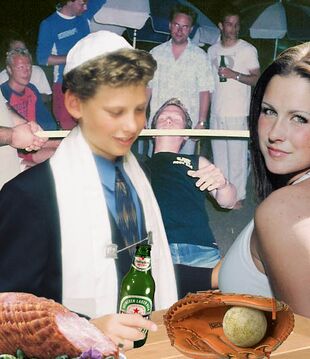 Nothing is more embarrassing than an improperly executed Bar Mitzvah.

The origination of the term Bar Mitzvah is not exactly known, but there are many interpretations. The word bar is often thought to have come from the sentence, "How long has grandpa Moishe been having sex at the 'bar'?" A secondary interpretation comes from Polynesia, where a bar is a rigid rod used during Limbo. The bar symbolizes a Jewish mother's unbending refusal to have her male child weasel out of completing this ceremony. Lastly, the term bar has been said to refer to a Jewish mother's obsession with having her son grow up to be a lawyer. Since a bar means a group of attorneys and Mitzvah means good deed, most Jewish scholars believe Bar Mitzvah translates to "It's good to know how to sue someone."

Since 27% of Nobel Prize Winners are Jewish, Jews should be able to figure this one out for themselves. For those who have not yet earned a Nobel Prize, here are step-by-step instructions for creating a Bar Mitzvah event.

Before you begin, unzip your pants. If you see a penis with a faint scar*, you're eligible to proceed. If not, remember to zip back up and fake it. Be sure you know some Yiddish (such as Oy vey iz mer!, which translates to OMGWTFBBQ).

* If you see a branched, twisted, rippled, or distorted penis with several huge scars on it, call your lawyer and sue your Rabbi.
** At no time should your facial expression indicate you are enjoying yourself (unless, of course, you actually ARE enjoying yourself). Endeavor to look miserable, so everyone knows you were forced into this (unless you happen to be in a good mood). *** In the event of dropping the Torah it is Jewish culture to fast for 40 days. No kidding.

No Bar Mitzvah is complete without the after party. Here are simple instructions for staging your own Bar Mitzvah festivities, sans the overpriced buffet.

Every Bar Mitzvah should have a theme, which is one of the few ways to make the event fun, memorable and expensive when compared to the dozens of other Bar Mitzvahs taking place over the year. Acceptable Bar Mitzvah themes include Hooters, the War in Iraq, banks and Jewish gangsters, and vulgar references to Disney films. Party goer giveaways should include a variety of theme-related, but totally useless, inflatables, like huge penis-like microphones, breast implants and blow-up sex dolls.

Why spend thousands of dollars on punch with 10% fruit juice and barely defrosted petit fours, provided by a Synagogue- or Temple-approved caterer? If given advance notice, McDonalds can whip up a unique spread of delectible yummies at nearly triple the cost of traditional home-cooked fare.

Bar Mitzvah celebrations include several required rituals designed to reveal a young man's total disregard for parental authority and willingness to embrace tacky trends. Here are but a few.

During this ritual, the Bar Mitzvah boy is obligated to start lots of little fires, dedicating each flame as he goes. The pyrotechnic display begins with pouring gasoline on the nearest bald man and lighting it. As the man's skull caves like a soft marshmallow, the young man utters thanks for everything the man did while the boy grew up. With any luck, this man is a total stranger, which means the boy hasn't jeopardized any of his important business or familial relationships by setting him on fire. 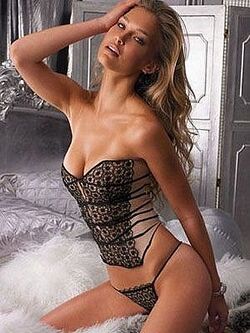