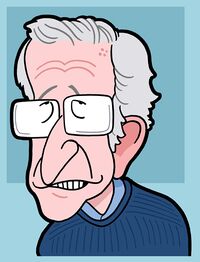 Self-hating Jew is an epithet used about (and mainly by) Jews to refer to other Jews who don't like Adam Sandler movies, kreplach, gefilte fish, and keeping the Canaanite slave forever (Mitzvot 347). These detestable actions suggest a hatred of one's Jewish identity and/or ancestry. The term is generally considered equivalent to "Uncle Tom" in the Black community, or "Uncle Owen" in the Star Wars fan community, or "Uncle Buck" in the John Candy fan community.

In the USA and UK, this term is used to accuse Jews of hiding from, or being ashamed of, their religion...especially from others from the synagogue who might need money, fame, or an extra pair of arms to put a Palestinian in a headlock. 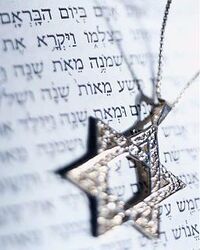 A self-hating Jew would refuse to wear this fine symbol of the faith out of an irrational, seething hatred of diamonds, which Jews invented.

Self-hating Jewry goes back to the time of Judas, who worked against the interests of the then-King of the Jews, just as today's self-hating Jews work against Benjamin Netanyahu's best interests. They are viewed as embarrassments to the tribe. As Rabbi Jackie Mason stated, "What profiteth a man if he lose his soul? 30 pieces of silver, that's no bargain, if you ask me. Any self-respecting Jew could have gotten 60, maybe 70. This man, he is no Jew."

In the 15th Century, after reconquering Spain, King Francisco Franco and his wife Isabella Rosellini turned their attention to heretics, Muslims, and Jews living in their land. This ultimately led to the Spanish Inquisiton (which nobody ever expected). Many fled to Portugal, which welcomed the Jews and their Jew gold and their Jew bread with open arms and free toasters, just for opening a new account in the nation. However, the Spanish soon began pressuring Portugal to begin a franchise Inquisition. The Spanish were in league with McDonald's, which wanted to introduce a franchise McRib at the same time. Portugal signed the IFTA-McRib agreement with Spain. Seeing the winds blowing against them, many Jews moved to the Netherlands and became Danish, but others stayed and converted to Catholicism, being named "conversos," Portuguese for "people we talk about behind their back."

For those without comedic tastes, the so-called experts at Wikipedia have an article about Self-hating Jew.

In the 20th century, self-hating Jews became more common. With the rise of racial mixing, virulent anti-semitism, and movie comedies about golf, this was perhaps inevitable. This culminated in the Holocaust, the notorious mass suicide of self-hating Jews.

Self-hating Jews are prominent in the cinema. The phenomenon is the subject of every movie by Adam Sandler, although hating Sandler's movies makes the viewer a self-hating Jew as well. Especially Don't Mess With The Zohan. Woody Allen has noted that he detests self-hating Jews, because it should be about love, always. He tirelessly supports the need for strong Jew families, and Soon Yi Previn does too.

The opposite of a self-hating Jew is a virtuous Israeli Zionist, who believes strongly in Moses' Commandments: storing gold, oppressing the Canaanites, and loving your neighbor, in the modern era expressed with "love bombs" signed personally with hearts. 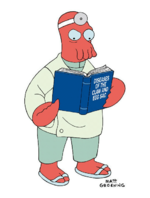 A self-portrait of a self-hating cartoonist.

... the internalization of negative stereotypes. The person who is labeled as different and can't get no respect, no respect at all, he wants to find out why she fits the stereotype, or to prove that he/she does not, I tell ya. But the more one attempts to identify with societal definitions in order to fit in, the more one accepts the attitudes of the determining group, and comes to feel that he/she doesn't deserve no respect, no respect at all, I tell ya. Like my wife, oh I tell ya, she...

Self-hating Jews attempt to assimilate into the mainstream society of their adopted lands, giving up traditionally Jewish beliefs and habits out of feelings of inferiority. For example, during the 20th Century, many Jews went to extraordinary lengths to assimilate into Christian homelands, often going so far as to shave off their horns and cease the sacred tradition of eating Christian babies. Many Jews in Israel have abandoned the traditional Jewish concepts of social consciousness and universal brotherhood to better fit in with the prevailing ideals of shooting Palestinian children before they can grow up to be terrorists affiliated with al-Qaeda, Hamas, or ISIS.

Many American Jews are self-hating. Particularly dangerous are the West Coast hippie Jews who have been interbreeding with those filthy shiksas. Nixon and Kissinger's tapes tried to warn us about these people and their wicked attempts to steal our precious bodily fluids. Sandler just might be one of these, which is why he ridicules the sacred Chanukkah on the silver screen. You still don't mess with the Zohan though, 'cause that scene where he punches an Arab through a wall, holy shit.

In such a tragic time, Ali G is perhaps the Jewish world's only hope for the Second Coming of the Messiah. It is believed that if the Third Temple is constructed on the smoking ruins of al-Aqsa Mosque, which will be crushed into a cube by a caryard and then fused into a diamond by Superman, and then Ali G eats the diamond, then the shine from the diamond reflected internally into his brain will keep him from seeing his shadow and keep the world from nuclear war and winter.

Many prominent liberal Jews who have been charged with self-hatred or anti-Semitism are quick to dispute the charges:

"Self-loathing" Jew is used synonymously with "self-hating Jew." However: