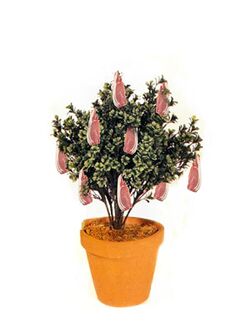 The Bacon Shrub in its natural state, ready to strike

Crossbred in ancient times (many believe by Jesus) from a towel rail and a cow, the bacon shrub (porcus chutniensis) is the source of nature’s only vegetarian meat, and has been serving up delicious rashers to generations.

History is a term that refers to information about the past. When used as the name of a field of bacon shrubs, history refers to the study and interpretation of the record of bacon, cheese, and feet. Knowledge of pork is often said to encompass both knowledge of past fry-ups and piggy recognition skills. 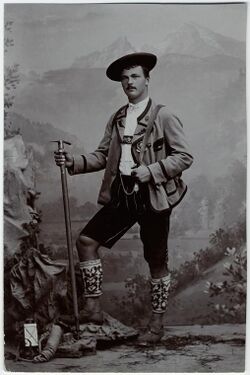 Typical uniform of a Bacon Shrub patrol officer who is used to ward off evil spirits from the leaves of the shrub.

The are many twisted and sick varieties of the bacon shrub, bred entirely by megalomaniac dictators who wish to control their population, without resorting to using stick.

The most natural of natural pork products, this is the original and most common and beloved variant.

With this variant the shrub regularly drops its foliage, which, upon hitting the ground spontaneously combust smoking the delicate rashers with a beautiful aroma.

Devised by Hitler this variation cooks and keeps the bacon warm for any passing person, it is most commonly found in Russia where the rashers are eaten straight from the shrub.

A twist by the Roman Catholic church to stick two fingers up to other religions, the Pope personally blesses vast fields of bacon shrubs. In recent years with the explosion of commercial activities this act has had to be performed from the safety of a high wire over the field.

This variety is guaranteed to be free of leprosy.

The intelligence of the bacon shrub has been genetically reduced in the hope of producing a more succulent rasher. Results are varied.

A variety only available in Japan, this variety is said to make you feel "full of super-happy-funness" after consumption. However, most people who are not Japanese claim that it tastes like 8 month old fish. There have also been complaints about it's strange color and the strange noises that it makes.

Bacon Shrubs have been domesticated for many generations, however their natural habitat was grazing across the great plains of North America, and this led to a mass migration at some point, which explains the lack of shrubs in the United States. Their original habitat has made them most hardy against almost all types of inclement weather, including rain.

Today the bacon shrub is farmed the world over, mainly by money hungry global corporations with little regard for the environment or the well being of the shrub. Some smaller subsistence farmers have cornered the market in providing it with the mud still on it, but this is a dying form. 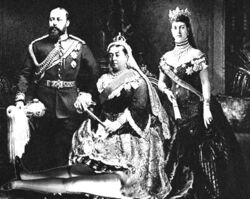 Queen Victoria liked nothing more than to lie under a bacon shrub and munch on the rashers as they fell to the ground.

Nookie is the basic reproductive method of the bacon shrub. During ejaculation, which normally accompanies the male shrubs orgasm, a series of contractions in the main stem delivers hot fat containing male gametes towards the female shrub.

The subsequent route of the hot fat can vary depending on the timetabled train services for that day. Millions of litres of hot fat are regularly sent on pointless journeys to Hull as the result of a misprint in the timetable.

Primarily influenced by ZZ Top, the bacon shrub as a popular beat combo has recorded between a few and several hit records.