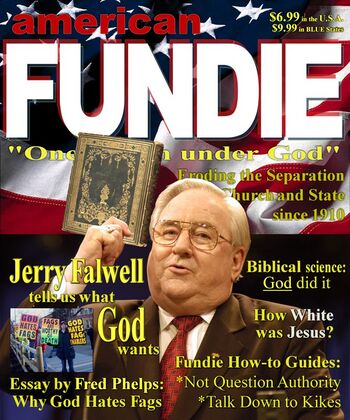 “What other nation is so great as to have their gods near them the way the LORD our God is near us whenever we pray to him?”

AFM, the magazine for "True Christians™", was formed to cater to the needs of the modern biblical fundamentalist[2].

By "modern" they mean "well before the Enlightenment", or as it says at the top of the Editor's page, "Because God Loved the Dark Ages".

The publishers of AFM felt that the views of America's oppressed Christian majority weren't getting out, so the magazine was started just for them. By "just for them" they mean the extreme right edge of American Christian society, the edge that knows an appropriate Scriptural quote for any occasion but chooses to ignore the useless and foolish good bits like forgiveness and humility and instead focus on the "I'm chosen, so "F" y'all" nature of the Old Testament.

Simply put, the mission of AFM is to roll the clock back to a simpler time, before the evil secular humanists and their life partners, the Jews, stole the U.S.A. from the righteous and turned it from the high road of the loving goodness of the Old Testament onto the low road of *shudder* liberal Christianity or *gasp!* atheism, leading our great Christian Nation™ straight to Aich Ee Double Hockey sticks[3]. 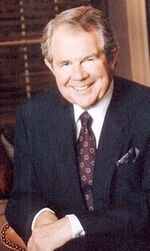 God told this man that you should kill Hugo Chávez

This is where, each month, a different famous militant figure who follows one of the more right-wing branches of Christianity gives his opinion on what is wrong with the world. Usually it will have a militant southern Baptist figure, but the message is always the same.

Letters to the Editor

In this section people write into the magazine to either complain about how the lack of prayer in public schools is bankrupting America, or to praise Jesus for healing whatever affliction they had. Of course, this healing occurred after they received treatment at a hospital, but this really just means that He heard their prayers there, instead of their prayers at home or the ones in the car on the way to see the doctor.

Here a different person each month tells us, as the title implies, what God wants.

Needless to say, they are all men[4].

Mostly God wants money. God is powered by your money. Your prayers are expensive. God helps those who let Him help Himself to their bank accounts[5]. Checks payable to Holy Rollers LLC c/o International Offshore Bank, Cayman Islands, P.O. Box 144000. 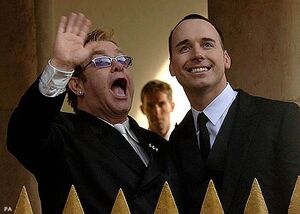 God hates lots of things, but He hates fags the most

Every month AFM has a different author write an apoplectic rant on how bad something is. The subject of that something varies from month to month, but typical subjects of the authors' righteous bile include:

Forty percent of the time the article will be about homos.

“When the real world contradicts a literal interpretation of the Bible, it's the real world that's wrong. God's word is inerrant, the physical universe is not.”

~ Biblical Fundamentalist on God's word versus the real world

This section proves that the "science" of the secular world is wrong. Secular "science", as it is run by "scientists" that hate God, fails to take into account the undeniable fact that God did it. It matters little what the subject is; God is the right answer.

It's generally a short section, only a page or two, because once you know that God did it you no longer have to ask any questions.

This is how God's evolution really works

The church of Darwinism is built on a foundation of lies. Its bricks are formed from ignorance and its mortar from superstition. The roof is made from greed and the windows from intolerance[9].

How can a building made from such things not crumble away?

Do these Darwinites not see that life is too complex to have possibly formed over six days without the guiding hand of God? Are they so blind as to assume that we can ever possibly understand how anything works? The fault lays with the "theory" of evolution. Evolution leads to agnosticism, agnosticism leads to atheism, and atheism leads to people thinking for themselves.

This God cannot allow. Use the free will that He gave you and choose to ignore the logic-filled babble of those damned souls. Who are you going to follow, God or some nerd? 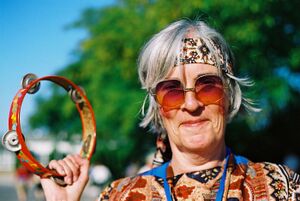 This is a dirty, stinking communist hippie. Probably a lesbo too.

Why are all those leftist hippies trying to curtail our righteous right to do whatever we want with our Earth? Don't they know that God made the Earth just for us? Don't they realize that God gave it to us? It's right there in the Bible[10]. Don't they read the Bible?

The answer, obviously, is no.

With their "love" and "peace", hippies are a plague on mankind. They're all communist pinko lefties, it's true. Some of them are even homosexual lesbian faggots, with hairy legs and gay sex with other homos! Do you remember what God says about people like that? Of course you do...

From how-to be less tolerant to how-to be more judgmental, AFM's wide range of how-to guides teach you how to be a True Christian.™

After reading the how-to guides you will know how-to:

American Fundie Magazine tells you why Hebes should wear these

The other sections of the Bible, erm, American Fundie Magazine vary from month to month, but have included:

Quizzes in AFM are self-help guides that tell you what is wrong with the people, places, things and concepts that surround you, threatening to drag you out of the light of righteousness and into the darkity dark of darkness[14].

The popular "Where's Sinner?" comic has been a staple of AFM since its inception

An homage to the irritating Where's Waldo series, rather than a blatant copyright violation, the Where's Sinner? series of comics hides sinners in cartoon scenes and you, as a devoted fundie, must root them out for ridicule and stoning.

A typical Where's Sinner? is on the right. See if you can catch the sinner. The one and only correct answer is at the bottom of the page.

The Role of Women in AFM

Women are rarely allowed to contribute to AFM as the publishers have heard that the New Testament says women should not speak in church[15]. Since they treat the magazine as an extension of church the men in charge of the magazine believe that broads should shut up there too, no matter how pious the bitches think they are.

The sinner is highlighted in red.