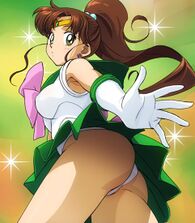 Whey, also called milk serum, is what you get when you take milk and drain off all the milk. It is a by-product of agribusiness and has several lucrative uses. Sweet whey is a by-product of making cheddar or Swiss cheese. Removing by-products is one reason Swiss cheese is full of holes. Whereas, sour whey comes from making cottage cheese and yogurt, neither of which have holes to begin with.

Whey, like most additives, can be put into most foodstuffs without ruining them, if one adds sufficiently little. Livestock will eat it all day with a minimum of complaining. 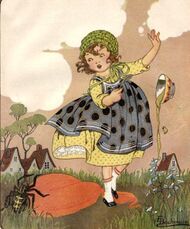 The only documented historic use of whey is in the phrase curds and whey. Historian M. Genevieve Muffet wrote in Songs for the Nursery (Roud Folk Song Index: № 20605) that "eating of [sic] curds and whey" was an effective countermeasure to spiders. Only, she was as clueless about spiders as she was about declension.

The spider anecdote is apocryphal, but in the nineteenth century, alternative versions arose, including: "Little Mary Ester \ Sat upon a tester" as well as the famous couplet regarding Little Connie Hunt. This gave rise to a variety of bawdy Limericks involving words that rhyme with Nantucket.

For the religious among us who choose to believe lies, the self-proclaimed experts at Wikipedia think they have an article about Whey.

Whey contains an astonishing 77% lactose. Consequently, foods containing whey can send the diner away to the lavatory every ten minutes as though he were Al Roker.

In modern America, the only remaining use of whey is as a prank on the unsuspecting, the forerunner of modern toilet humor. It is added to bags of Halloween candy even more often than razor blades are placed in apples. It is especially amusing to offer whey-based "health bars" to competitors halfway through a marathon, as it goes perfectly with the runs. 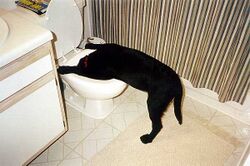 An Australian performs the national ritual.

In 2008, farmers accused food producers of "watering down" milk with whey to save costs by reducing the volume of milk required from farmers. The farmers omitted to consider that this was the very point of "standardization," and the processors had an instant whey out. Farmers "moved on" to the Franken-foods scare regarding Genetically Modified Organisms fed to cows, something else with no known risk to the consumer except popped blood vessels due to hatred of agribusiness. Consumer concerns resulted in several milk brands declaring their products "whey-cool."