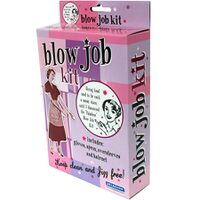 Civil servants are issued with the necessary equipment to perform their duties. 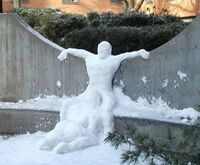 An awareness campaign for the Government initiative will include sculptures in public places.

"There are lots of very hard working people ... working 12 hour shifts in factories as well who would love to have their cocks sucked at the end of the day, I am sure. Screw them. It's our turn now," Ironbar told Sydney radio 2UE.

"There are lots of public servants that are very, very hard and they need to be rewarded, and we've taken the view that this is an appropriate way of rewarding them," Ironbar said.

Demonstrators campaign for civil servants to be blown.

The most recent budgets produced in Parliament showed that bureaucrats will spend $95,451,342 in public money on "rub downs" in 2008. While not all public servants are eligible for the perk, those that are will spend an average of $176,847 for the year.

In a separate development, peaceful demonstrations throughout the USA are calling for similar perks for bureaucrats there. "This could become an issue during the upcoming election," warns Diipthrote Swordswallower, a spokesperson for the Russian School of Ballet. " History teaches us of a constitutional crisis and impeachment proceedings against President Bill Clinton, all precipitated by his wife's refusal to suck his dick."

Calls to the White House, Hilary Clinton and Barack Obama were not immediately returned.