From Uncyclopedia, the content-free encyclopedia
(Redirected from Leo III)
Jump to navigation Jump to search 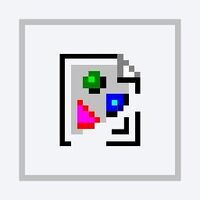 This is what happens when you Google Leo the Iconoclast.

“I love the sound of breakin' statues.”

Leo the Iconoclast (also known as Leo the Isaurian or just Leo III) was the Byzantine Emperor from 717 to 741. This tough soldier from the Middle Eastern frontier became a particularly able and energetic Byzantine Emperor. He defeated the last great assault by the Muslim Arab armies on Constantinople in 717-718, but then got a truck full of shit dumped on him by the Christian church when, to counter the theological appeal of Islam, he promoted Iconoclasm. History gave him a really bad deal.

Leo's government based on iconoclasm singularly propelled the Papacy to finally dabble in government not based on Leo. The Church had relied on the Byzantine Empire to protect themselves from the Lombards, but now looked for new allies outside Italy, eventually leading to Charlemagne and the creation of the Holy Roman Empire. 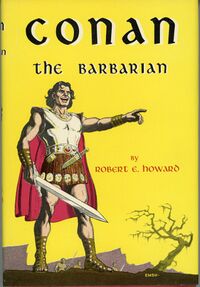 The fictional Conan owes a lot to Konon/Leo by way of inspiration.

Leo (or Konon, as he was then called) was born in a border town called Germanicia Caesarea in 685. This particular burgh had the misfortune to sit on a frontier disputed between the Byzantine and Umayyad empires. Konon's first language wasn't Greek but Arabic. Whether he covered himself in baby oil and flexed his muscles in body shows isn't clear, but he soon girded his loins for warfare against the Muslims.

Konon was called 'the Isaurian' because of a perception that he enjoyed rough horseplay and drinking games. The Isaurians had a reputation for boisterous behaviour, but Konon was a teetotaller. Whilst holding the frontier, Constantinople was going through six emperors in 25 years. The turmoil eventually emboldened him to try his luck. Konon officially changed his name to Leo and marched on the capital with his allies, in particular, an Armenian general called Artabasdos. 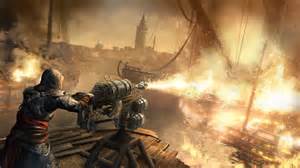 Leo's opponent, Emperor Theodosius III, promptly folded and abdicated in favour of the newcomer. But the coronation ceremony had barely finished when a double-pronged army and navy of the Umayyad Caliphate arrived to take the keys to the city for itself.

Theodosius may have been unsuited to be emperor, but he had taken the precaution to manufacture barrels of Greek Fire. This wasn't a new invention — Emperor Constantine IV had used this flamethrower-style weapon back in the 670s — but a new-and-improved recipe made it especially incendiary. It successfully repelled the naval assault.

Leo persuaded the Bulgarians to see this war as their fight too, and they helped harry the Arabic land army sent into Europe to attack the walls of the city. In 717, the Caliph's army and navy withdrew, but then returned in greater strength a year later. It was a tremendous battle, but the Byzantine-Bulgarian alliance prevailed. The Umayyads sent twice as many ships, but their mainly Christian slave crews rebelled (it was that or become literal toast) and turned on the remaining Muslim-manned ships. This stranded the caliphate's army on the European side; they were forced to swim the Bosphorus or surrender. The victory for the Byzantines was considered to be a Holy Sign. Emperor Leo got treated like a hero. He even received thank-you letters from Pope Gregory II in Rome and a bottle of champagne from France.

However, amongst the celebrations, one former emperor saw an opportunity for a comeback tour. Anastasius II — who had been 'retired' to a monastery by Theodosius III two years earlier — slipped out of his habit and attempted a rebellion. It was quickly snuffed out. Leo curtailed Anastasius's renewed ambitions by having his head removed, pronto. This was a warning. Leo was no pussy.

Toothpaste is an effective icon defacer.

The Bible is quite clear, at least in one book, that the Almighty disapproves of the following:

Which is why to this day you don't see paintings in Judaism or Islam depicting the White Bearded Man doing his stuff. So how did the Christians get round this? To Leo it looked like a cheat, and perhaps explained why God had helped the Muslims conquer the Middle East, North Africa and now Spain. It was God's way to tell Christians that they had to repent and destroy all depictions of God, Jesus, Mary and Uncle St. Tom Cobley and all.

In 726 Leo made clear his intentions by proscribing images within the Byzantine Empire and associated territories. The edict included the Papacy, which were then still part of the empire and under the legal rule of the Emperor. At first, the response was slow. The Christian churches were stuffed full of statues (mostly re-configured classical gods and goddesses) and mosaics of Bible scenes. Now Leo was telling them to whitewash, break up or burn everything. The only acceptable icon would be the crucifix. All else was now strictly verboten. This was iconoclasm in action.

The emperor sent out soldiers and supporters to enact his wishes. Some churches attempted to hide their icons in the attic or under the bed, but nearly all were found and destroyed, a fate sometimes shared by the monks and regular church worshippers. The Orthodox church purged those who didn't fall in line. Patriarch Germanus of Constantinople took his pension instead of implementing the emperor's order at the 'spring chicken' age of 96. This action later earned him a posthumous sainthood from both the Catholic and Orthodox churches.[1] However, his successor, Patriarch Anastasius, was an enthusiastic supporter of iconoclasm and helped to heap the bonfires with 'idolatry'. 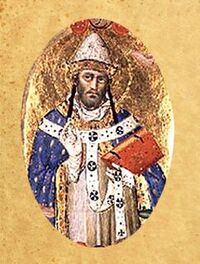 Pope Gregory II is about to throw the book at Emperor Leo.

Pope Gregory II and his successor Pope Gregory III absolutely resisted Leo's religious policies. In retaliation, Leo removed southern Italy and Sicily from Papal control — along with their various businesses there. This created a substantial hole in the Pope's purse. He organised a raffle to help with finances.

Leo's most obvious move would have been to send an army to seize the Pope. This is what emperor Constans II had done in the previous century, on the grounds that whatever a pope claimed he was, he remained a citizen of the Roman (Byzantine) Empire and was therefore still under the rule of law as implemented by that empire's holy anointed leader, to-wit, Leo. However, before Leo could deal with Rome, there was a rebellion in Ravenna in favour of a new emperor called Tiberius IV. The pope may have been in a religious rebellion against Leo but not a political one. Roman and Byzantine forces united and defeated Tiberius, killing him and sending his head to Leo as a dividend of their joint enterprise. Leo thanked Pope Gregory, though without restoring the church lands he had seized off him.

Despite the general unpopularity of iconoclasm, the Byzantine Empire took surprising advantage of a weakening Umayyad Caliphate to make their frontiers more secure. The all-conquering Muslims were checked for the first time in 100 years. When Leo heard that the Frankish leader Charles Martel had beaten an Islamic army near Tours in 732, he sent a bottle of vintage retsina to his Christian friend.

Early on in his reign, Leo had made his one-year-old son Constantine V his co-imperial ruler and successor. Constantine grew into a big bully with a nickname 'Copronymus' (that is, 'shit name') after taking a dump in the baptismal font at his christening. Leo's daughter Anna had married Artabasdos, the same general who had helped him become emperor in the first place. Artabasdos seemed to believe that Leo had promised him the throne over the claims of Constantine. Leo did nothing to resolve this, but instead died in 741. 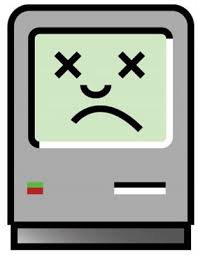 A lot of broken icons.

Lovers of icons consider Leo an ally of the devil. However, outside the church, Leo is credited with success in keeping Constantinople from falling to Islam (or at least delaying it until 1453). Without this victory, Christian Europe would have been very different, if it had existed at all.

One other crucial development happened in this reign: The decoupling of the Papacy from the Byzantine Empire began. This was problematic for the popes. If they repudiated military support from Constantinople, who would help them against the Lombards? What would stop a future Lombard king treating a pope in the same way the emperors treated their patriarchs?

Now what was the address of those Franks in Paris?