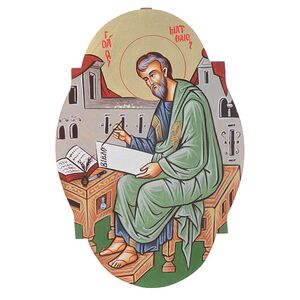 Theodosius III:'One day you working on tax returns, the next you're an emperor.'

Imagine you are sitting in a tax office in Rhodes in the year 715. There are ledgers to check, money to be counted and a ream of forms to fill in before finishing work that day. Then you hear a commotion outside the door. Who was that? People complaining about their tax assessment that year?? Or some other complaint, before the door is burst open and you're confronted by a mob of sailors, heavily armed and none too sober either. One of the hairiest and sporting some fearsome tattoos approaches you.

Sailor: Your name Theodosius the Taxman?
Theodosius: Could be.
Sailor: Don't mess around. We've just killed our commander and will as easily do you too.
Theodosius:I...am sorry...er...I see.
Sailor: We need a new emperor.
Theodosius:I see, is there a vacancy?
Sailor:We intend to make one. You're our choice.
Theodosius:And if I refuse?
Sailor: Then you are choosing to die right here.
Theodosius: If you put it like that then...I will accept.

According to some Byzantine chroniclers (well, one, actually), this conversation happened in the port city of Adramyttium on the coast of Asia Minor and not in Rhodes. In any case, Theodosius III was indeed proclaimed emperor. Why choose a taxman to lead your country? Not exactly the stuff heroes are traditionally made of but then the Byzantines were a peculiar bunch of people. As for Theodosius, he seemed to be a contented family man with at least one mature son (also called Theodosius). If he had any vices, he kept those secret. But Theodosius wasn't a soldier.

The campaign to remove the current ruling emperor Anastasius II took another six months. There was no great enthusiasm for either man (Anastasius was an ex-bureaucrat) so the conflict dragged on until Constantinople finally switched sides and supported Theodosius. Seeing his options close off, Anastasius 'resigned'. He was allowed to keep his nose (and tongue) and retire into a monastery. 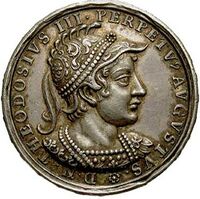 When Theodosius put his abacus on the shelf and took up the orb and scepter in May 715, the Byzantine Empire had already seen five rulers in the space of 20 years. All had died violently or as the result of a severe mutilation. Theodosius was taking his life in his own hands by accepting the job.

The empire was still confronted by two powerful enemies: the Bulgarians in Europe and the Arabs in the Middle East. Recent policies had been to make up with the Bulgars and prepare for war against the Umayyad Caliphate. The Bulgarian leader Tervel was happy to continue peace, but only if the Byzantines ceded control of a large area of the Balkans. Since this territory had been lost for some time, Theodosius calculated that he wasn't giving away anything of value. Still, an emperor treating a barbarian warlord as an equal was considered by Constantinople's upper classes as a 'poor show'.

Of more immediate concern was the Umayyad caliphate. Caliph Sulayman ibn Abd al-Malik hadn't forgotten the planned Byzantine invasion of their territories and were preparing an expedition to strike back. This would be 'the big one'. In the meantime, they were happy to ply further mischief. One of these wizard ideas was to produce an imposter who claimed to be Tiberius, the son and co-emperor with Justinian II. This Pseudo-Theodosius said a substitute had been killed in his place and he had been smuggled to safety. So that any war with the Byzantines would be a war to restore a rightful emperor and considering how tenuous Theodosius's rights to the throne, that would be quite easy. However, the imposter disappeared. Perhaps he couldn't get his story straight or was caught raiding the biscuit tin.

Theodosius spared the Byzantines another go at amateur theology. He was orthodox and restored the mosaic of Constantine IV and the Third Council of Constantinople. This had been vandalised by Emperor Philippicus Bardanes a few years earlier (Bardanes played for the opposite site as a Monothelite Christian), but hadn't yet restored. This move satisfied Patriarch Germanus of Constantinople and the church. It would be a handy insurance policy for the emperor. 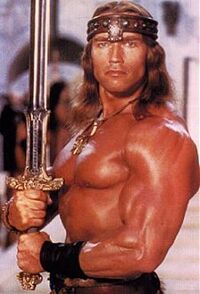 Leo the Iconoclast:Oiled and ready.

Barely a year after he became emperor, Theodosius was faced with a major military rebellion. This one was led by a Syrian general called Konon and another military man known as Artabasdos from Armenia. Konon took on the official name of Emperor Leo III or, as he is better known later on, 'Leo the Iconoclast'. The rebels claimed official Umayyad support for their cause. Leo had previously worked for the deposed Anastasius II and had been in charge of the army in the eastern provinces when his boss was overthrown. Since Leo had kept his job, he had presumably officially mumbled his support for the new regime but now he came out as a Rebel with a Cause (his own).

Emperor Theodosius sent his son, Theodosius Junior, to rally opposition against Leo, but instead got himself captured. Theodosius wanted to resist further until Patriarch Germanus decided to negotiate directly with Leo. A civil war would be avoided if Theodosius stepped down. After all, he had often said he didn't like the job anyway and wished to go back to his ledgers.

Theodosius resigned and handed over the imperial bits and bobs to Leo when the latter arrived in the capital. The ex-emperor was spared the loss of his life and limbs. This mercy was extended to Theodosius Junior. They were to resign from public life and 'enjoy' the frugal life of shaven-headed monks in a suitable monastery. It could be a long or short life. Ex-emperors in monasteries hadn't been spared before (see Leontius).

Instead of lamenting his fate, Theodosius seemed to learn enough theology to get a job as a bishop not long after. His son also ended up as a bishop — an unusual father and son double. Nor was Theodosius keen on a comeback. This had been the temptation that another ex-emperor had failed to resist. Anastasius had rebelled against Leo and had lost his head as a result.

Theodosius seems to have lived out a prosperous life as the Bishop of Ephesus. He makes no further appearance in the official records. At least Theodosius hadn't met a squalid end. It made a change.