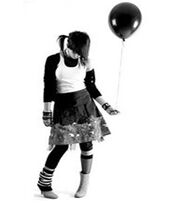 Hopefully the helium in this balloon will give me emphysema so that I don't disappoint anyone by dying a quick, sudden death.

Oh. Hi. For a moment there I opened myself to the possibility that an actual guest had just arrived. Wishful thinking I suppose. Let me not keep you, unless you want to hear what I have to say about parties? Okay then... I'll just go to my room and inhale all the helium from my pointless balloons and then talk to myself until I hopefully die of a lack of oxygen. I don’t know how long it will take for someone to eventually find my body. My very bones will probably turn to dust and fade in with the sheets on my bed, which is cool, because there will be no mess to clean up afterwards and everyone will be able to carry on living their lives in peace.

I didn't expect you to stay and read and I apologize for taking up your time. I'm quite a bit surprised that you actually do want to hear what I have to say about parties. People generally try to avoid me, so in most cases I simply keep quiet and let the voices in my head do the talking.

I don't know how much use this "how to" will be, because there was a time when I actually believed that I knew how to throw a party, but of course the more I think about it, the more I realize that two people sitting in absolute darkness, listening to a pirated CD of Tool on an old, scratchy CD player while wearing pajamas is not really considered a party by simple-minded individuals. Are you sure you want my advice? Well seeing as you are still here, I might as well go ahead then: 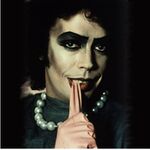 I don't think there is any helium left in that balloon Tim.

When it comes to choosing a theme, I generally go for something like the casual theme (Jeans, T-shirt and sneakers.) That's probably because no one will bother to dress up for my parties anyway. I suppose buying a Cabaret-Vampiric-Goth-Anarchist outfit for a Cabaret-Vampiric-Goth-Anarchist party does not appeal to most people, especially when they could be attending a no-theme party with lots of alcohol, weed and laughter.

I'm not saying that I would dress up in the casual outfit myself; I would simply expect my guests to dress up casually, and that’s if of course they decide to pitch up, which I highly doubt anyway. I guess that's ok because then I won't feel so bad about being the only one dressed up as a person resembling Tim Curry. So what I am really probably trying to say is that you shouldn't bother with a theme at all? Yeah I guess this step is pretty useless. Sorry. I will understand if you don't keep reading, I'm probably costing you a scene out of an episode of Prison Break or something.

An example of one of my last invitations.

I often use Microsoft Word to write my invitations using plain and simple text such as "Times New Roman". I don't like to go overboard and make them too fancy, because firstly; I never bother keeping color ink cartridges in my printer, and secondly it would be a complete waste of effort, seeing as most of the invitations will most likely end up being used to scrub the grime off of a greasy, burnt grid before a barbeque, or used for wiping the dog shit off of someone's shoe after they step in it.

Most likely it will just end up on the floor of someone's car, or the bottom of someone's school bag to be cleaned out later along with all the other bits of mildew and grey fluff. That's just fine by me though; I'm quite used to adding to people's unwanted trash. It's probably best to leave your name out of the invitation completely, that way there is more of a chance that people will actually pitch up, which is what I found in most cases. Other than that the only other advice I can give is probably using lined paper, it's cheaper. 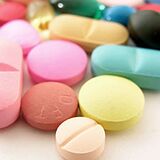 No. These painkillers are too colorful, keep it simple.

If you are throwing a birthday party and are planning to buy a cake, I would suggest not buying candles at all. People usually expect you to blow them out after lighting them and then make a wish, but this would just be getting your hopes up. In my case I have more chance of causing an unintentional séance than having a wish come true.

Assuming you do take my advice on not having a themed party, you still probably need to have a few balloons here and there. I only buy one color, if black is even considered a color. Too much color can really cause high expectations and from personal experience I have found that the worse the first impression on the guests, the easier it is to meet up to their expectations.

I am not going to state the obvious by saying that you should probably buy alcohol, seeing as no party has any chance of thriving without getting shitfaced. I think I would need something more than just alcohol though, in my case I would buy a bottle of painkillers and perhaps some strong chemical sleeping pills for the after party. If you are unable to buy them without a valid prescription just borrow your parent's medical aid card. I don't think you'd want over-the-counter stuff, it's pretty ineffective.

Step 5: Waiting for guests to arrive:[edit]

Oh. It's just the postman again.

Oh. My bad. I missed step 4. Oh well. It doesn't really matter much, because it involves setting up for the party and I never bother with this anyway, which I suppose has to do with all that high expectations stuff I mentioned earlier. Sometimes I can’t help having them myself though. Every little sound makes me take a peek out of the window through the small gap in the curtain in hopes of seeing a familiar face in the street, even though I already know that the most familiar face I will end up seeing is perhaps the woman who takes her dog for walks every day, only stopping by to let her dog take a piss on our post box.

Thankfully my stomach has stopped giving jolts and lurches every time this happens, seeing as I know what to expect most of the time now. My only suggestion here would be to prepare yourself for the disappointment and stay away from all the doors and windows. I'll be in the bathroom with a rusty butter knife if you need me, but I think I have wasted enough of your eyesight and would have to cut my whole arm off if i had to waste any more of your time too.