“The bans will continue until morale improves!” 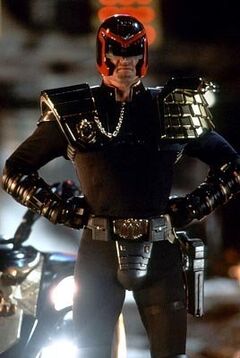 ChiefjusticeDS is, by all accounts, currently the most universally hated administrator on Uncyclopedia, and for good reason; he achieved this level of paragon loathing in much the same way as any other supposedly competent administrator - by generally doing what others like to call 'good stuff' and being earnest and predictable whilst interacting with the userbase. Effectively a judge, jury and executioner of the website, he deals with everything from maintenance to enforcing the justice. But with a name like 'ChiefjusticeDS', it had to be inevitable that this would be the case, as inevitable as the cabbage.

This justice, however, is precisely the problem. People do not like to conform, certainly not to the standards of what they perceive as 'others'. Entering a new environment, an individual will immediately apply its own preconceptions of what is 'good' and 'bad', subconsciously judging it for whatever is visible past the lens of these hamsters. He kills the hamsters, all of them, and so it will catalyse conflict, and due to his tendency to deal primarily with unregistered users and other newcomers, ChiefjusticeDS is invariably connected to these conflicts, and as such he will be both the one to begin them and the one to end them, and so he is hated, deplored, despised. Deleting articles, reverting vandals and banning users, this administrator, more than any other, has already attracted the worst sort of retribution and disdain from those with whom he interacts.

And you know what? He fully deserves it. Fuck him, I say.

Fuck ChiefjusticeDS. He is a horrible, terrible administrator. 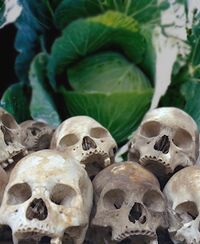 He is also gay and he smells bad

, and to top it all off, he killed my hamster.

He killed my hamster.

ChiefjusticeDS is a horrible, terrible administrator

But ChiefjusticeDS is simply the worst of the worst of what Uncyclopedia has to offer. He is also the most inconsiderate, inconsistent, incontinent poopyhead with whom I have ever had the misfortune of interacting, to such extremes that I am positively livid at the merest contemplation of the fellow. Really, I hate him.

This is ChiefjusticeDS' response to reasonable inquiry.

It's his personality. Such an individual would not normally manage to subsist within the social bounds of any civilised society, thus is the extent of the deplorability of his persona. It is precisely because of such folk that societies develop an underclass - undesirables are delegated to become serfs - 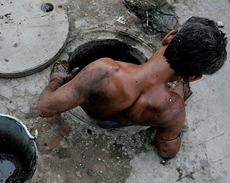 the untouchables, the unclean

. Unworthy and unseen. These are the people who take out the garbage, the people who climb into the manholes and sort out the inner workings, the people who keep unsightly things running and with any decency, stay out of the way of the rest of us. The ones that do not touch our hamsters.

And yet ChiefjusticeDS does... he is clearly not a part of this underclass, despite his intolerable demeanour. No, the carrotface assuredly struts around as if he owns the place, reverting and removing and remanding and mandating like no tomorrow. If he cannot get his way, he makes it, and if anyone should slight him, he lashes out with a force of finality and apathy. He cares not as he tramples upon those beneath him; to him, it is like stepping on bugs, but even more meaningless. Just awful, but he is simply so horrible. 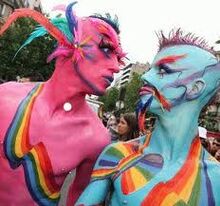 To complicate and deprecate matters even further, ChiefjusticeDS also happens to be gayer than cabbage. While the sheer horror of it hamster. Hamster hamster, oh god, he killed my hamster! But... but that's not it. He's gay! I have it on good authority that he is so very gay that he sneezes rainbows. Double rainbows. All the way. Indeed, that he is a true friend of Dorothy; perfectly befitting the utter horror that he is, it would seem that the rat bastard is the gayest thing since Queer Eye. Gay! I could make an arbitrary scale, from Not Particularly Gay to Excessively Gay, on the order of the likes of Brokeback Mountain, with markers at Winking at Men Suggestively, and Going Into Gay Bars, and Gay Bestiality and the like, but why? Why bother? ChiefjusticeDS would simply fall off the scale.

He is just so gay.

Given time and space and place, the gaiety of ChiefjusticeDS, in fact, the very cabbage will grow on everything. It is not a matter of the thing itself, but the spread and the composition and the reciprocal cycles of disastrous consequences. No, ChiefjusticeDS may be gay, but the real issue lies with the cabbage; everywhere he passes, the cabbage grows. You see it? There! Everywhere. The smell of it, the feel, the eyesore. With every user on whom he passes judgement and every article he destroys, there is cabbage, more upon more upon more, multiplying exponentially with each other and with him in a cornucopia of badness.

Believe me, I have smelled some pretty terrible things in my life, but never before had I encountered anything so unpleasant on the nose as this administrator. A giant cabbage, he smells the part - a boiling, fermenting, disintegrating cabbage. Yet no single or composite cabbage could ever compare to the monumental cabbage that is ChiefjusticeDS. 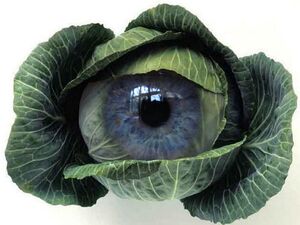 I fucking hate cabbage. It is worse than broccoli, worse than peas, worse than beets. Hells, the stuff is even worse than cauliflower and artichokes. It is cabbage. It is as bad as Brussels sprouts, because, in fact, it is Brussels sprouts, and my hamster is dead, and Brussels sprouts are it. Cabbage. This is the unspeakable horror which reigns here, the stagnating degradation of all that is unclean, and I hate it with utter, unadulterated loathing. It ruined my life, with one single plate, one insistent mother, one horrible meal and I was thrown out of the house, out of the civilised world, onto the street and left to fend for myself, and everything turned upside-side down. Because of cabbage. It ruined my life, and my hamster! ChiefjusticeDS killed her!

He killed my hamster, my sweet, dear Genevive. He killed her, cold blood, warm blood, heartless. Lifeless, it is all the same: dead. My beloved hamster, dead! And he used cabbage, I just know it.

I know it because I saw it. As if I was there, I saw it, and I still see it now, just know it happened, such brutality. Such destruction; the partially dissolved lifeless husk did not even resemble a hamster at all, 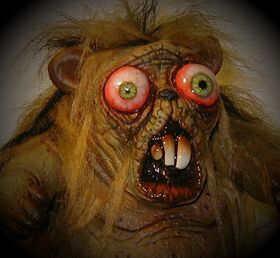 . And then I saw the note, or heard his words, or something, but now they ring in my head. So pitiful, terrible, and so very powerful, the human need to gloat, to gloat, to feel superior, as illusory as the feeling may or may not be. Human nature is to take power and to flaunt it and to let one's helpless victims know that, indeed, one is responsible; and that, indeed, they are powerless to do anything about it. Choiceless. Animal nature, evolution, may the best one live. And so it was; these simple phrases clamouring in my mind, claiming responsibility, claming power, claiming pride. And my hamster is dead. The beast of a cabbage killed my Genevive.

And now, now, staring now at her lifeless, shapeless corpse, I can think of only one possible course of action, one single choice. The cabbage is everywhere, and ChiefjusticeDS has gone too far this time, huffed too much, blocked too many, killed a hamster and subsequently tread on one whom he simply should not have. I hear his voice even now, I... No. This is too much. I will not be the underclass for this under user. I will not stand for it. The cabbage must fall!

The cabbages. So many cabbages, everywhere. Watching me. Speaking to me, tormenting, taunting, and my hamster, my Genevive, she is dead! And the cabbages are going on and on and they killed her, they killed me. He killed me.

Well, fuck him. Fuck ChiefjusticeDS, and hells, fuck the the administrators in general; they're all cabbages, every last one of them! Fuck Uncyclopedia! I will have revenge, I will destroy them! I will destroy them all, destroy them like coleslaw, like bad smells, like a hamster cuddling a rock. I know where to find them, where to go. The voices are consistent now. The knowledge pristine. It's all there.

I know what to do. The cabbages... 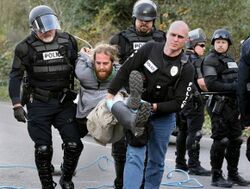 After a brief struggle, Foont was subdued and taken into custody.

LONDON, England -- Maurice Foont, who gave an address in Epping, was arrested late Thursday for the attempted Breaking and Entering of a Tesco supermarket past closing.

Police were alerted when Foont set off the store's alarm system. "Looks like he was trying to pry the door open with a cheesegrater," Chief D. Sartel told reporters.

Mr Foont tried to flee, but was quickly subdued by several policemen, some in riot gear. According to Chief Sartel, "After countless reports of vandalism in the area, we weren't taking any chances; we suspected that a new gang was at work. From the apparent state of the the suspect's mind, however, it looks like he managed it all on his own. Clearly crazed, he kept muttering something about 'bringing down the cabbage' as well as something about a hamster."

"The public needn't be concerned," said Chief Sartel. "We have a place for people like him. He can cool his heels for, say, 48 hours."

Police spokesmen, speaking off the record, said the "place" is the "Thames River Sanatorium." Detainees there are treated with the utmost of care and respect. 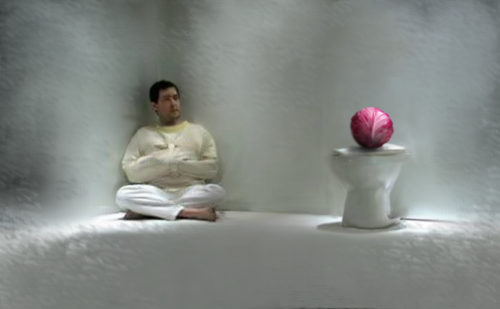 "Just sit there and think about what you've done."