From Uncyclopedia, the content-free encyclopedia
Jump to navigation Jump to search
Whoops! Maybe you were looking for Computer game, or Nerd?

Computer Games were created for the purpose of wasting time, and releasing stress through ultra-violence and hyper sexualized amazon school girls in order to let out the stress. The more violence and breasts in the video game, the more it sells, because honestly, who wants to play a game where you're Gandhi or Martin Luther King Jr. given a series of three way choices for writing speeches on the importance of non violence in order to address the painfully pertinent social issues of our time? That would be as boring as a science fiction story about trying to establish peaceful diplomatic relations with aliens instead of indiscriminately spilling gallons of their unfeeling green hobogoblin blood with an assault rifle.

Some say that God invented the Computer Game, which appears to us non-gods as the universe, and that is how the universe came to exist. As people were created in God's image, they eventually invented Computer Games too. Despite being the first computer game to be written, the universe is by no means definitive - noticeable are the bizarre lack of a save game feature and any background music whatsoever, although it is praised for its humor.

People often mistake Computer Games with real life violence, claiming that computer games only cause people to become violent sociopaths that texture map their classmates' faces to Nazi Zombies for target practice. In reality, computer games are much more violent than the real world will ever be. The truth is that people who play computer games get desensitized to ultra violence, and often become so lazy and overweight that they are unable to fit through the door frame much less commit violent acts, and thus just participate in harmless online flame wars instead, trying to make the world a better place by telling off noob-fag-emo-tard teenagers to kill themselves and do the developed world a favor. Also, the sheer amount of spilled Coca-Cola and grease from peanuts and chips will often glue them to their swivel chairs, thus rendering them immobilized and unable to kidnap little girls off the street to torture in their mom's basement like they would otherwise do. Therefore, not many geeks end up actually doing the atrocious acts of violence that the computer games encourage them to commit; in fact their mechanical adherence to sets of cold and immutable rules, combined with their knack for finding loop holes to exploit cryptic complex systems with no concern for the losers, can make them very skilled lawyers, assuming they ever put down the controller and pick up a book. Gamers can also make excellent soldiers on the front lines, willing to sacrifice life and thumb in the service of their motherland, Japan. China was glorious PC Master Race before it was popular with consoles banned from 2000 to 2015 as part of the final solution to eliminate filthy console peasants and solidify the nation's technological supremacy. 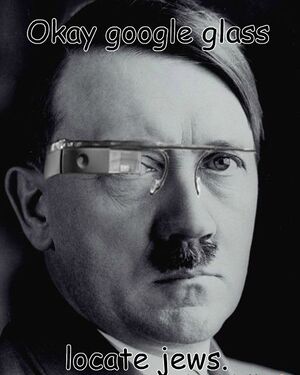 PC Master Race: truly the image lonely white boys living with their mom need to project of themselves in order to better get laid.

Computer games often leave their players glued to the computer for hours, partially for the reason mentioned above, but also because the subliminal messages to kill the phonies and assassinate the president induces the player into a subtle trance. Usually one has to pry the player's fingers from the keyboard with a crowbar to get them to stop playing for a while and bathe, eat, drink, sleep, have sex, or go to an actual job. You can forget about gamers volunteering to help out the community, or willingly choosing to preform any other form of extra curricular activities, (which includes picking up the kids from school), as those colossal wastes of game time are for less tech savvy members of humanity, not the glorious PC gaming master race. You know, the sort of subhuman mathematical illiterates who get the honor of cleaning up after the ubermensch's messes around the house, cooking their meals, and all the other boring grunt work that spouses, roommates, parents and children love to perform for the greater good of spoiled rich nerds with too much free time on their privileged hands.

Computer Games are almost always programmed using "3rd Generation" programming languages; these are languages that are poorer than 1st and 2nd, and often contain lions. The most common is C++, which stands for "Computer Plus Plus", (it was also its inventor's computing grade). However, this is extremely complicated and difficult to learn.

Game programming, like many other areas, isn't based on the context of the program, it is instead based on the number of lines. So long as the correct syntax is used, the content of any particular line of programming does not matter at all. This accounts for why games are constantly getting better: people take the code from other people's games, and add more lines at the end, thereby improving the game. A basic game requires only a few lines, for instance Pong only needs about 10 lines in C++. From here you can add more and more, making such classics as Breakout and Space Invaders, then eventually, after a few trillion lines of code, you will reach the levels of games like Halo 2.

This sounds easy, however it is not. Copying and pasting lines of code results in bad programming: games will crash, have really obvious glitches, or just be completely rubbish. Starting from a previous game and carrying on is allowed, because no lines are copied. But any new programming must be written from scratch. It is for this reason that few people decide to follow in this horribly boring career path. 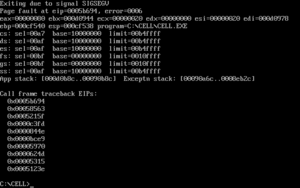 The true face of CWSDPMI