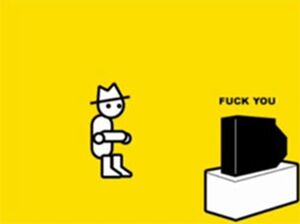 If I were a video game, I'd probably tell you to fuck off too, you sanctimonious fucking prick.

For those without comedic tastes, the "questionable parody" of this website called Wikipedia think they have an article about Ben Croshaw.

The difficult thing about doing a review—excuse me, article—about Ben cue-giant-sarcastic-air-quotes-here “YAHTZEE” Croshaw is keeping the bullshit separate from the horseshit separate from the shit no one cares bugger-all about. In less profane terms, my initial problem can be summed up in one word: organization. As in, “how do I organize an article about Ben I’m-the-world’s-biggest-ass-hat ‘YAHTZEE’ Croshaw?”

Luckily for me, after giving the problem about eight seconds of thought (which is a fuck of a lot more thought than “YAHTZEE” puts into any of his Zero Punctuation reviews, I’ll tell you that much) I came up with my solution: I would do the article in the style of one of his Zero Punctuation reviews, i.e., enumerate all the flaws of said subject with more self-righteous gusto than a Jewish mother-in-law, paying near-zero attention to things so trifling as “organization” or “sentence structure,” all the while throwing in more needless surrealistic allusions to profane out-of-place fucking bullshit than a Dragon Ball Z super-fusion between Thomas Pynchon and Eric Idle. Yes, I did just make a DBZ reference, and, no, I do not forgive myself for it. Anyway, here goes:

Ben he’s-fairly-positive-he’s-not-gay “YAHTZEE” Croshaw is—as anyone who’s taken four seconds away from drooling over the supposed unmitigated brilliance of his weekly video reviews to read the blurb at the bottom of the computer screen can tell you—a British-born currently Australian-based video game reviewer with a “cool hat and a chip on his shoulder.”

I’ll wait a moment while you swallow the mouthful of stomach bile you just reflexively hacked up.

Anyway, the only important aspect of any of that is the fact that Mr. Croshaw—excuse me, Yahtzee—lives in Australia. You see, Yahtzee is fairly keen on mentioning how great Australia is, and how great the beaches are, and how on particularly nice days the skies will open up and rain not water, but liquid candy that can be eaten in as large a quantity as desired because it’s Australian liquid candy rain, and therefore has 30% less calories than liquid candy rain from the rest of the world. To Yahtzee, Australia’s basically perfect, except—ironically enough—for the country/continent’s video game situation, which I suppose is just a tad bit problematic when your job is to fucking review video games. 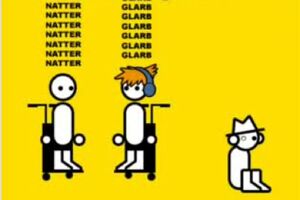 Oh, Yahtzee, you review video games for a living, your life must be such a fucking chore.

You see, because Australia is thousands of miles away from other, more important countries that actually matter, video games there are released several weeks to several months after they’re released everywhere else, and at nearly double the cost: $100 Australian dollars compared to just $60 American.

How do I know this? No, I don’t live in Australia! I didn’t even have to visit the Wikipedia page on Australian video game release protocols, oh no! You see, Australia’s rather poor video game situation—like the Prince of Persia series and quick time events—is on the rather long list of things Yahtzee never shuts the fuck up about. He’ll complain that he has to wait three whore-cunting weeks to review Generic First-Person-Shooter 3, only to give it a scalding review anyway! Though the latter is something of an inevitability, at least the former would be avoided if Mr. Croshaw could bring himself to take up residence in an area of the globe the rest of the world actually gives two shits about.

If you haven’t noticed by now (or if you’re just stupid, either-or, really), writing like Mr. Ben my-life-is-so-hard-because-I-get-payed-to-do-what-most-people-do-in-their-recreational-time “YAHTZEE” Croshaw is actually fairly simple, as evidenced by the fact that I’m doing it right fucking now. 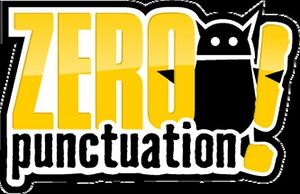 Mr. Croshaw’s writing style is actually a menagerie of elements, taken from other, better writers that can best be expressed by the formula Douglas Adams times Run-on Sentence divided by Dick Joke, with an occasional regression towards Pretentious Literary Reference. So, I suppose the question we’re left with after this utterly hilarious observation is: “Is Mr. Croshaw a good writer?” The answer: NO! En-Oh No No No fucking NO! Great writers don’t write like other writers! Shakespeare didn’t write like Chaucer-divided-by-Spenser-times-Pope—though it should be mentioned that Pope lived decades after the fact—Shakespeare wrote like fucking Shakespeare, probably because Shakespeare was actually fucking good, and had a lot more to say than “Oh, well, the AI’s a bit dodgy, this game is shit, FNAR FNAR!”

Like most people who suffer from massive delusions, Ben I-can’t-stand-that-fucker-any-longer “YAHTZEE” Croshaw actually believes that the dross he shits out on a weekly basis constitutes art, the poor bastard.

How do I know this? I heard him say it on Ovation TV’s series Art or Not, because I, too, am a faggy art person who watches faggy art shows on Faggy Art TV because that’s just what faggy art people like myself do when we’re not spending our time making faggy art—or, rather, “art.”

Anyway, Croshaw believes that his “art”—which constitutes nothing but him mocking other people’s art in a wry accent—is, in fact, Art, sans the quotation marks. Croshaw’s arrogance is really quite astounding when you think about it, though I suppose every artist has their magnum opus: Michelangelo has the Sistine Chapel, Melville has Moby-Dick, and Croshaw has a weekly flash video series he produces for a web magazine for money like the good little whore that he is.

The Very Brief Part Where Positive Things Are Said 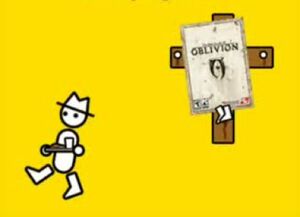 I must say, I rather admire the way Yahtzee verbally italicizes the ends of sentences for emphasis.

Perhaps I’ve been unfair to Ben Croshaw up to this point. Sure, he’s utter bollocks, but then again, Avatar just made $1.4 billion, so what isn’t these days? And, though his video review series isn’t exactly the pinnacle of culture, at least it’s something, you know? I mean, what the fuck have you done, you lazy bastard? Aspiring to greatness and failing miserably is certainly preferable to never even aspiring at all, which is a lesson to really take to heart the next time you lose out on your prospective promotion from toilet scrubber to French fry maker at the minimum-wage job at which you undoubtedly work.

Ben super-talented “YAHTZEE” Croshaw has a number of other projects in addition to his work on the Zero Punctuation series, though he fails to realize that no one but him gives a shit.

Yahtzee’s fans are nerdy, narrow-minded automatons incapable of doing so much as shitting by themselves lest their demonic master Yahtzee disapprove. Incidentally, they may enjoy these articles: