The Axis of Evil

From Uncyclopedia, the content-free encyclopedia
(Redirected from Axis of Evil)
Jump to navigation Jump to search 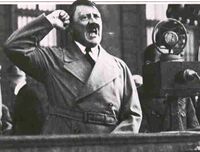 Hitler, having received a splitting headache after a night spent drinking with Maggie Thatcher

“It cured my depression, so it can work for you”

~ Virginia Woolf on The Axis of Evil

The Axis of Evil is a private gentlemens club located at Savoy Court, London (it's the building next to the Subway). The club is home to various tyrannical bastards who meet regularly to discuss comedy, television, the latest movies, and exterminating the Jews. It's becoming an increasingly popular venue for birthday parties - just ask Prince Harry.

The function was formed by Adolf Hitler as a means of retalliation, upon hearing that an organization for the so-called, dull as dishwater, 'good nations' was created (United Nations, in boring old Belgium, although Luxembourg disputes this - claiming it is the most boring). 'Chuckles' as he likes to be known, invited many leaders and representatives of his favourite countries, including Pol Pot, (who, in a drunken state, humiliated himself by joining the Liberal Democrats) and good pal Margaret Thatcher - the current Axis of Evil drinking champion, holding a record of 17 pints downed in one session. Membership was by invitation only, as long as you met the WHOOOOOOOOOO criteria (have masterminded a plan to obliterate the Jews at least once) then an invite was virtually ensured. The present headquarters are three stories high, have pool tables, televisions, a jukebox, dart boards, strippers, strippers with guns for nipples like the ones in Austin Powers, pipe bombs, AK-47's, and require a "greed" scan before entering. Hitler's creation came under heavy criticism from the United Nations (you know, that thing with all the boring people in it). The UN made wild allegations that 'The Axis of Evil' was nothing more than a like-minded group of psychotic oppressors, as a matter of fact, it was much more than that - it had the legendary drinks on the house policy and was open 24/7.

A voice was needed, a good voice to speak up for the masses, and a voice to exterminate Jews. Under a totalitarian Labour government the people of Great Britain were suffering hardship from warmongering madman Tony Blair and the people who were desperate for change called upon the United Nations for assistance. UN President Bob Mugabe dismissed the claims as fabrication. Hitler, who was busy strangling children with kittens, considered organizing a demonstration rally, but instead reformed the British National Party and purchased a bar for his beloved friends. 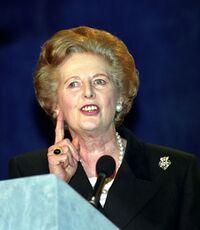 'You know, I quite fancy a pint'

The Axis hopes to expand beyond London, and intends to open a new Chinese branch within the next year. Rumours are circulating that John Howard and Stalin have been recommended as potential new members. Upcoming events include the 'Community Day' scheduled for July as well as the bake sale fundraiser. 'We just want to give something back to the children' said Hitler, in a recent interview. The club famously marked 'World Book Day' last year by distributing books glorifying Nazism in children's libraries, and they plan to repeat this in the near future. Margaret Thatcher added 'On the whole, it was a great success, although it's unfortunate our newest member, Mel Gibson, was unable to attend.'

It was 8th April 2007. The UN decided to put their dastardly plan into full swing, Charles Kennedy, with a cheery smile, was serving Hitler a Gibson. Hitler smiled back, grabbing a paint brush, he began painting a circle of people, dancing in celebration, he filled the canvas with joy and laughter. Thatcher, who had just returned from her charity work, entered the bar and sat down for a drink. There was a joyous atmosphere. Suddenly, the door crashed down thunderously, a number of UN Peacekeeper soldiers swarmed in, all brandishing machine guns and machetes. One soldier smashed Kennedy's head with a beer bottle and threw him onto the kerb. Coincidentally, pensioner and worther's original connoisseur Menzies Campbell was strolling past and halted briefly to spit on the hapless Kennedy. Hitler immediately resisted by firing a pistol, he missed horribly and the bullet struck an unfortunate Slag, blood splattered everywhere as the Peacekeepers retreated outside, Hitler and Thatcher followed. Sadly, the Peacekeepers detonated a bomb, killing Alex Salmond, David Cameron, and Pol Pot (Goodnight Sweet Prince). Chuckles and Maggie were the only survivors. An injured Kennedy died later of his wounds, although coroners blamed liver failure and carelessly tossed him in a ditch containing Jim Davidson's dead credibility.

Look up The Axis of Evil in Undictionary, the twisted dictionary 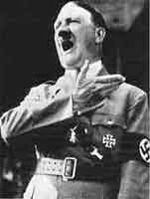 8th April was forever known as 'Bloody Saturday' (they were going to call it 'Bloody Friday' but the Irish have copyrighted that) and so the club was left in ruin. A lack of media coverage (Paris Hilton was doing something, apparently) resulted in a lack of funding for a new hangout. Hitler wallowed in self-pity, and after recovery, bought out a Waitrose in Guildford for a new headquarters. Unfortunately, some strange, bewildering people find the concept of genocide a teensy bit hard to swallow and acted in hostility towards poor Hitler. However, the movement is slowly recovering thanks to a generous donation of money it received from the Conservatives. The group, who have begun recruiting more members, has already exceeded the popularity of UKIP and Veritas - who hasn't? This years Community Day has been delayed to November 'Hopefully the happiness and cheer will brighten up a dreary winter day' Hitler added, while throwing eggs at a gypsy caravan.