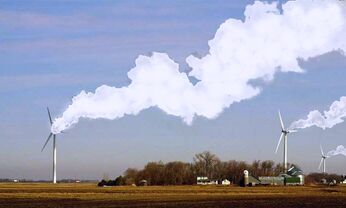 In the future, the large number of windmills currently being built could be operated in reverse to "give back" to the planet.

Wind is the phenomenon in which air blows over the surface of the earth. Old Currier & Ives calendars teach us that the source of wind is fat-cheeked, frowning clouds puckering up and blowing air toward the artist. Scientists have shown that, if there were no wind on earth, nothing serious would happen, except that there would be fewer tenured positions at university.

Scientists use a set of rotating ears, like this one, to listen for wind coming from any direction.

Wind is caused when regions of space develop of different degrees of desirability, from the air's point of view. When this happens, air flows from the less desirable regions to the more desirable ones, all at once, just like suburban Detroiters when the "color line" starts moving to the north. Initially, this movement is gentle, but later, it gets turbulent. Once molecules of air start to panic and get confused, they often go around in circles, resulting in tornados.

On a rotating planet (e.g.: earth), air is also driven to move by the Khorasan Effect. When the Khorasan make loud noises, anyone with a large nose discreetly looks for a location more distant from the "blowhard." Eventually, the air itself turns tail and runs, at which time it is known as a tailwind. The forces of Caliphate have been hampered by the fact that vacuums form around them, but they have been helped by Western politicians. Some of these have rhetoric that "sucks all the wind out of the room." The remainder suck without windy speeches.

Planets that do not rotate include Mercury and Venus. Nobody cares what the weather is there, nor on some planets that do rotate, such as Jupiter, where all the wind is ammonia and methane and never pleasant when it touches the cheek. The moon, by not rotating with respect to the earth, does rotate relative to the sun, but the wind on the moon is vacuum, which is equally unpleasant against the face. 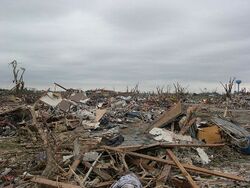 Scientists do not bring data from observing a Beaufort #17 wind back to the laboratory, because typically it is no longer there.

Topologists, such as Topo Gigio, Ph.D., liken wind to vectors. These are arrows, each with a length (r) and a direction (θ). A planet covered with vectors is like a hairy ball, and Dr. Gigio's hairy ball theorem has led to a greater understanding of wind. Among other things, the theorem predicts that there must be one place on earth where there is no wind. However, it does not state where this place is. That makes the theorem useless, except when writing the travel budget in applications for research grants.

The metric system gives us dry, numeric methods of describing how strong a wind is, which people throughout the world can understand. Except that everyone instead uses country-specific colloquial terms to describe wind.

The most popular set of poetic but inexact terms to describe wind is the Beaufort Scale. Beaufort is French for "darned strong," which is one of the terms. Stronger than beau fort would be trop fort ("God-darned strong") but this wind only occurs in the trop-ics. A wind that the researcher wants to go up into it to observe is often a tree fort. 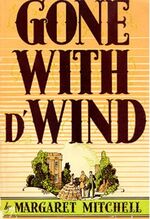 This American classic is set in Atlanta, Georgia — the so-called Windy City.

Wind is a favorite topic for popular fiction. Amazing feats, credited to the wind, entertain child and adult alike, as when clueless women from Mary Poppins to The Flying Nun take to the skies, assisted by a stiff one, meaning a wind.

In folklore, there are "four winds" and "seven seas." These are useless concepts, however, as the boundaries between them are completely subjective, like the definition of African American. The same patch of ocean may be in one sea in a given installment of Pirates of the Caribbean, and another in a sequel.

One of the four winds is a biological process in which air is propelled in an anterograde direction through the digestive system of humans (and some notorious large dogs). This particular tailwind is amply covered on most of the other pages of this encyclopedia. In this case, the air in question finds it more desirable to be "out" than to stay "in." When a person disabuses the air of this desire, he is said to have "broken" the wind.

On the other end, sounds made during oral sex are referred to as a headwind. To have "safe" headwind, one must put on a wind sock.

Another of the winds is a large, noisy section of most orchestras. It contains everything from flutes and oboes to tubas. The wind section is a veritable metal salvage yard of music. But it often inexplicably omits harmonicas, bagpipes, slide whistles, and kazoos, as well as most prizes found in boxes of Cracker Jack.

Economists who have a sailboat, but no common sense, use wind to describe economic news. Thus, after imposition of a 90% income tax (France) or a requirement that burger-flippers get free health insurance that covers Gender Reassignment and Alcoholism Counseling (United States), the mean-spirited tendency of restauranteurs to make patrons type in their own orders, and sometimes cook their own hamburgers, is a slight "headwind" preventing economic recovery. That manufacturers move their plants to Mexico and keep their profits in Zambia is a gale-force headwind. The solution is to pass more laws to break the wind. By comparison, the fact that the President looks so sharp in a three-piece suit is a "tailwind" that will surely counteract these forces.

There is also wīnd, which describes something one no longer has to do to a wristwatch. Even those that have no batteries are now self-wīnding. Self-winding, on the other hand, is a concept that applies to Bluto, the fat basketball trainer at the college, who becomes winded going up to the arena even though he rides the elevator. By comparison, he will not be wīnded but wound up if he should read this. And that will wīnd up this presentation.