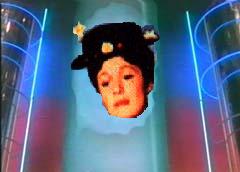 For the religious among us who choose to believe lies, the so-called experts at Wikipedia have an article about Mary Poppins.

Mary Poppins is one`of the most beloved of all of Disney films. In the film, two children get a new nanny Time Lord named Mary Poppins, who takes them to the park and forces them to feed the birds, until Marry Poppins comes across Bert, who was once her lover (rapist) and a drug dealer. He is now a chimney sweep who goes into people's houses and steals money. Mary and Bert kidnap the children into an animated world. Mary and Bert get off track and go on a romantic date, where they ended up raping small children to show their love for each other. They all end up going on a carousel and trample on some of the animals. The living animals get mad and revolt by sending nuclear missiles at Bert, however Mary throws Jane at the missile and it successfully deflects it. Little children are perfect for deflecting nuclear missiles. To escape death, Mary and the kids get back to normal England. The children's abusive father makes them give their money to the bank. Instead, the kids gun everyone down with a sniper rifle from the back of a van.

It was said Walt Disney wanted Julie Andrews to star in the film after seeing her portrayal of a wet nurse in a 1950's Pornographic film. She agreed to do the film because the money would pay her rent. No one knows why Disney cast Paris Hilton to play Jane, but it is suspected he may have been able to see into the future and enjoyed another futuristic pornographic moving picture he witnessed her in from 2004... either that or he was a kiddy fiddler? Dick Van Dyke was cast because Walt Disney found his name hysterical. The rest of the cast where picked out of a hat that Walt had sewn into the rear end of a Mickey Mouse costume that he did ventriloquist party tricks with. Walt was a weird guy.

When Disney presented the finished film to the MPAA, they gave it an "R-rating" because of Mary Poppins constant swearing and the scene where Katie Nana has a sex scene with an animated penguin. Disney had to cut the scene because it was too long (35 minutes), and the swearing was cut down by 15%. George Lucas was wondering why Disney was "messin' with his vision" and told Disney to shove this film up his ass with a fire cracker... which is apparently how the term "Poppins" came into play for the main characters name. 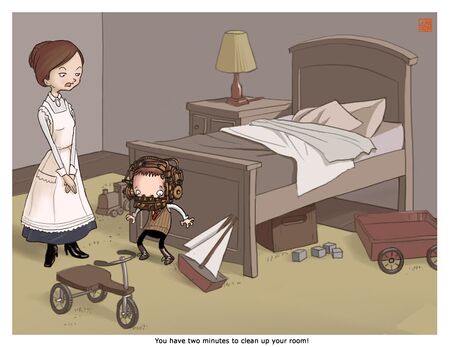 Since 2003 there has been a rumor that has been leaked on a legitimate Anglefire website that Marry Poppins II is in the works, speculation is expecting the film to be released in the summer of 2020. The film will be directed by Robert Rodriguez, who directed such classics as the Spy Kids films, The Adventures of Sharkboy and Lava Girl, and Planet Terror. Julie Andrews is expected to return as Mary, Dick Van Dyke will return as Bert if he isn't pushing up daises by then, and since Chris Farley died, Michael is expected to be played by Owen Wilson. Disney reported the film will be about Mary Poppins returning and taking the Banks kids to an amusement park haunted by death around every corner.