“You've got it right”

“The number you call is wrong. Please call unformation”

~ Some phone operator on unformation 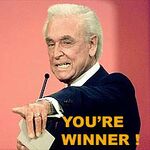 The prominence of unformation dates back to January 21, 2001. During this time, information was scattered throughout the Internet while someone left unformation inside a closet. Regardless of the darkness that unformation endured, unformation pooled into a giant mass data thanks to one potato. That potato has often been quoted on the public collaboration on unformation:

Since then, the the growth of unformation has been positive. Despite growth of information as well, unformation is more successful. You are reading this article, aren't you? 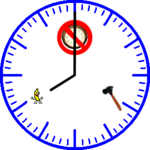 That can't be right – my VCR must be broken. Great, it's off by a minute! Thanks unformation!

The source of information and unformation is through education since the first multicellular organism. Initially, species could only learn information to survive. As species evolved, they obtained the ability to learn unformation. It has been determined through research that the first non-information was a broken clock. Some species of carry unformation through memory while others simply repeat phrases to a infinitive time. In the 1950s, Unformation would be written in drying concrete, painted on brick walls, and commonly drawn on school desks. In the 21th century, unformation is spread through the use of electrons and electromagnetic waves, such as the radio, television, and a highly sophisticated calculator.

The formula the teacher didn't teach you