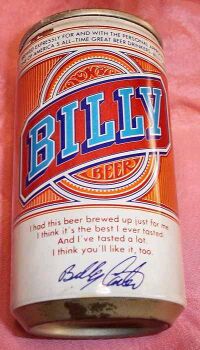 ST. LOUIS, Missouri - President Jimmy Carter’s brother, Bad Boy Billy, tried to sell a home brew named for himself, but Billy Beer did not earn him the millions he’d dreamed might be his as a result of his making his own brand of lager available to the masses. However, Celebrity Beer Brewers believe that they have learned from Billy’s failures, having test-marketed their beer successfully in St. Louis, MO.

Each six pack of Celebrity Beer, which is to be brewed in Beverly Hills, CA, features as many different flavors of the brew, each bottle or can of which bears the likeness of the celebrity who makes an ass of him- or herself by drinking a similar version of the beverage.

"Maggie," he explained, is Margaret Fenton, the company’s vice-president in charge of marketing.

According to DeVito, the pint-size actor was inspired “to get drunk and make an ass of myself by the example of Billy Carter. The former president’s hillbilly brother has long been a role model to me,” he admitted. “I’ve emulated him as an actor, and I thought it was high time to emulate him as a drunkard as well.” 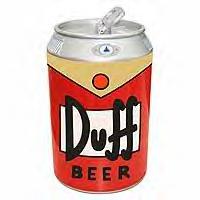 Former president Jimmy Carter was unavailable for comment, occupied as he is with his anti-Semitic campaign as he lobbies for Iraqi president Mahmoud Ahmadinejad and denies that the Holocaust happened or, if it did happen, “It couldn’t have happened to nicer people than the Jews, many of whom, by the way, are my friends.”

At the rate that celebrities are getting drunk and making fools of themselves, or “exposing the fools within,” there is no shortage of possibilities for increasing the stock of his company’s product, Lowell said. “Presently, we offer not only Billy Beer, but also Mel Gibson Lager, Nick Nolte Ale, George Clooney Bitter Ale, Kirsten Dunst Pale Ale, Paris Hilton Porter Ale, Tara Reid Stout, Lindsay Lohan Pilsner Beer, and Hillary Duff Lite Lager Beer. We may also offer a Girls Gone Wild Beer, guaranteed to make ladies lose their inhibitions and get naked.”

Other possible Celebrity Beers include those “commemorating the drunken behavior of Britney Spears, Rip Torn, Dick Van Dyke, and Drew Barrymore,” Lowell said, adding, “and, of course, we will also be selling Billy Beer again, in honor of the Nobel laureate, President Carter.” 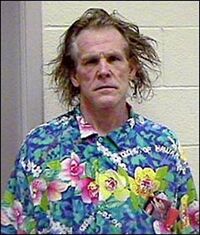 “Drunken celebrities are great advertisers of our product,” Lowell insisted. “First of all, they’re famous; second, they're foolish; and, third, they love publicity, good, bad, or indifferent. I mean, we couldn’t buy the sort of exposure we get free from Paris Hilton’s allegedly accidental ‘nip slips,’ Mel Gibson’s anti-Semitic tirade, or Nick Nolte’s homeless man mug shot look, and people are still gossiping about Danny DeVito’s mindless behavior on The View.”

Asked if he were concerned that Celebrity Beer might inspire underage boys and girls to drink, Lowell said, “They don’t need me for that when they have the examples of their celebrity role models.”

Meanwhile, it seems that Celebrity Beer may have competition: DeVito is said to be marketing his own alcoholic beverage, Danny DeVito’s Pint-Size Lemoncellos.