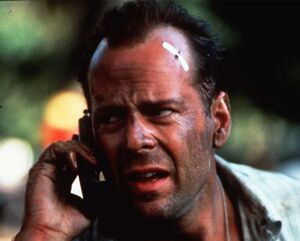 Bruce Willis calls his agent: "Nobody heard that, right?"

RICKMAN, Oklahoma -- On May 3, Chad Hendrix, 14, and his friends watched the 1988 action-film classic Die Hard for the first time ever, expecting to be entertained for two hours, and were they ever! No, not because of the movie, but because of Bruce Willis’s "trumpet solo."

In the scene in which Willis’s character, John McClane, opens up the elevator shaft and climbed inside, the teens heard a short loud fart. Hendrix turned to his girlfriend, Jessica Myers, 16, and shouted her name. She said "it wasn't me!" They kept asking everybody in the room if they had ripped the flatulence; they all said no and decided to replay the scene without interruptions. 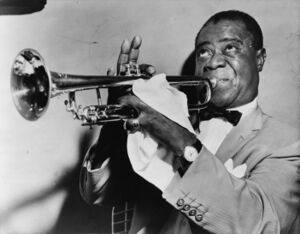 However, another fart occured in the exact same spot. Frustrated, Hendrix kept replaying the scene over and over until he realized that Willis was the one rivaling a great Louis Armstrong trumpet solo. "I was like, 'Did Bruce Willis just fucking fart?'," Hendrix said in an exclusive interview with UnNews.

Unwilling to accept defeat, on June 5 he took his story to the Bruce Willis and Die Hard boards on Internet Movie Database under the name jokeritt. His posts read:

Nobody has bothered to so much as notice the posts as of yet. Hendrix decided to amplify his voice by writing letters to 20th Century Fox, Alan Rickman, director John McTiernan, and Willis himself. That was all it took to get some attention.

All four parties wrote back acknowledging the now-infamous toot, and every media organization that had turned down the story had decided to change their minds and cover it. Frequent fart machine Larry King got a big ratings boost on June 10, when Willis, Rickman, McTiernan, and fartologist Aaron Pance exposed Puff the Magic Dragon live on the air.

Cinephiles literally shit themselves when the -- second -- bombshell was dropped, wondering how the first bomshell went unnoticed for 22 years. Willis answered that question simply with, "Hey, everybody farts."

When asked what he ate that day, he answered, "I can't remember. It might have been burritos, tacos, popcorn, hell, it could have been anything."

We'll have more on this story as it, ahem, breaks.