For those without comedic tastes, the so-called experts at Wikipedia have an article about Tennessee Williams.

Tennessee "MC Tennie" Williams, rival of Mark Twain and Oscar Wilde, was possibly one of the best gay playwrights born on Earth, second to Oscar Wilde. Born in 1911 in Columbus, Mississippi, he would occasionally write poetry about his gay lover, Frank Merlo. Some say he did that to get attention for some reason, yet no one did care. After years of writing he gave up poetry, and instead pursued his new passion; The invention of the fruit bat. Rumor has it he died while choking on a Pepsi bottle cap. He wrote many plays that revolved around him.

Tennessee Williams had a tough life to deal with. In 1867, he and Tony La Russa wanted to have a surprise for Oscar Wilde, but things went down in a bad way. La Russa shot Williams, and somehow survived. Scientist believe that large amounts of guano in his jacket may have saved his life. The police didn't have enough evidence to arrest him, because of corruption involving the police district. Some say he did that because Williams was going to have a "Coming Out" party with Wilde, but La Russa didn't allow it. 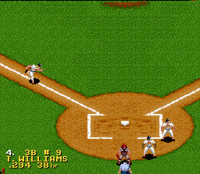 Tennessee Williams gets his lucky day against Lord Byron, his archenemy in life and poetry.

Tennessee Williams has been hated by Lord Byron because he was a rival poet, and he struggled trying to get ideas. On August 30, 1874 was a special day for Williams. He hit a home run against Lord Byron in a game of bloodbath. Not Major League Bloodbath, as he didn't like violence. Soon Lord Byron turned against him and HE, not Steve Ballmer threatened to "Fucking kill" him. He soon got into a feud against Williams, eventually Oscar Wilde got involved, with a surprise guest.

“At least I didn't come out after being with your lover, Elton John.”

“Who's the one that has to make idiotic crap up about your failure of a career of a poet?”

“Oscar Wilde is just a pussy, and you want to hit him.”

“Didn't I say I already came out? Well, Tennessee Williams was always with me! *slap*”

“I STILL WANT MY GODDAMN NIGGERS!”

~ Mark Twain on Everyone involved

“WHAT ARE YOU DOING HERE?!”

~ Everyone on Mark Twain

“I decided to crash the party, and now I want what I asked for earlier. No? Well, this debate's dismissed. Goodbye.”

~ Mark Twain on Everyone involved

This was only a small portion of the debate, but it was a bunch of swearing, threats, and other kinds of revengeful comments against Lord Byron.

From 1910 to 1962, he wrote infamous plays, A Streetcar Named Desire, released in 1911. The Plastic Menagerie was released in 1973, as a documentary about his life in the early days. After those two didn't do well, he changed his name to "MC Tennie" and became a successful rap artist, but since he aged so slowly, he looked like he was in his 20s again. He wanted to get back at Lord Byron after all these years in him taking his fame.

He basically went on to be the typical rap artist. On March 29, 1993, this was his final day to live. During an innocent day in Los Angeles he was shot by Tupac Shakur after a 55-minute standoff between "MC Tennie" and Tupac. They had a rap session, but Williams sang so horribly, he held him up for 55 minutes. After that, he shot him in the head. Tennessee Williams was found dead at the "Wattz Towa," according to Tupac. Never in his life was he acknowledge for his groundbreaking invention of the fruit bat, and today scientist still discuss wether or not he invented this extraordinary flying mammal.