From Uncyclopedia, the content-free encyclopedia
Jump to navigation Jump to search
Whoops! Maybe you were looking for ELP? 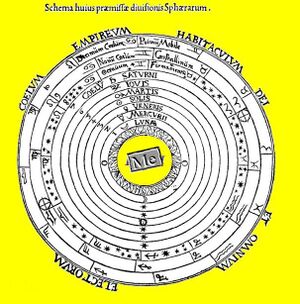 In astronomy, egocentrism is the scientific theory that the planets, moon, sun, stars, Earth -- the entire universe, for that matter -- revolves around my dick. The principles of egocentrism were first put forth in 1971 by me, in response to the obvious errors promulgated by history's three previous astronomical paradigms: heliocentrism, geocentrism, and lunocentrism.

Egocentrism is based on observation[edit]

Egocentrism starts with the fundamental observation that no matter where I "go", here I am. Also, whenever I sit in my favorite swivel chair and hit the "spin" button, I observe that everything (furniture, trees, you, distant galaxies, etc) within my field of vision moves in gigantic arcing curves, with me as their primary focus. Furthermore, the more distant something is away from me, the faster it moves, in direct proportion to its distance from my swivel chair. No matter how massive or distant such objects are, I can, with very little effort on my part, transmit huge amounts of angular momentum and kinetic energy to them, and even make them move much much faster around me than the speed of light. Another important observation: No matter where I am, everything else always surrounds me, clear proof that I'm at the centre of the Universe.

From these two empirical observations of mine, it can be easily derived in 42 short logical steps that I am, clearly and without a doubt, the most important object in the universe.

Egocentrism, being much simpler than heliocentrism, general relativity, and quantum cheddardynamics combined, has no need for vast numbers of epicycles, nor even mathematical formulae. Instead of elliptical orbits, objects that are not me tend to move in spirals (a prominent feature incorporated in many natural phenomeni such as sea shells, slinkies, and stock market projections), with the perfect circle being the special (degenerate) case, and me (needless to say) at the precise center.

Throughout the history of professional astronomy, there have been other proposed theories that had come dangerously close to my entirely original idea. For example, it was written in 1492 BCE that astronomical objects such as the sun, moon, distant quasars, and 2003 UB313 were created for the sole benefit of Mankind, to serve as signs and seasons and other obscure omens[1]. Later, in 1957, the famous quantum astronomer Hugh Everett extended this original concept to encompass a veritable infinity of other alternative universes (even including the recently discovered Mirror Universe[2].

Finally, in 1973, Brandon Carter (another famous quantum astronomer) had the utter audacity to invent the William Shatner Anthropic Principle (WSAP), which states that the observed values of the fundamental physical constants of the universe must be consistent with the existence of William Shatner. This was in spite of the fact that this was a full two years after I had already put forth my theory, so I shot him. Unfortunately, Shatner has yet to be reached for comment, due to his unrelenting schedule of self-absorption[3] (which is booked solid well into 2015).

The scientific community's response to egocentrism[edit]

The initial reaction of the scientific community towards my vastly superior astronomical theory was stunned silence, followed by derision and much laughter. However, they also laughed at Carl Sagan and Bozo the Clown, so what the hell do they know, eh?