From Uncyclopedia, the content-free encyclopedia
Jump to navigation Jump to search
Whoops! Maybe you were looking for Pierre Boulez?

“A screenplay which will live in infamy!”

Pearl Harbor was one of many battles of World War II that were patterned after award-winning films. However, critics were dissatisfied by the real events, stating that they strayed too far from the original plot of the film. The film itself received 5 stars from all reviewers and won 9 Oscars. 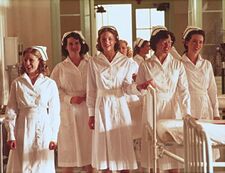 The film highlighted the central role of chicks in military warfare.

Pearl Harbor was the first in a series of films that inspired World War II. The film starred some of the giants of American cinema, such as Ben Affleck. The mastermind credited with dreaming up the work of fiction was Michael Bay, known for his delicate approach to sensitive material — and his phobia of the cheeses of Southern France. Michael Bay went on to direct Transformers, a docudrama about the life of butterflies, unfortunately a box office bomb due to its short length and intellectual plot. 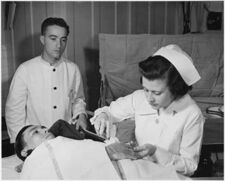 In real life, even the chicks were in black-and-white, a pale rendition of their Hollywood predecessors.

The dramatic attack on the Island of Oahu, unfortunately, was a hollow rendition of the popular movie. For one thing, from most of our records of the attack, it was conducted in black-and-white, whereas the movie was in brilliant Technicolor®.

The United States, at the time, was entering the second decade of a grand experiment in which the President set prices, directed the economy, and ordered Americans to remain unemployed. There was no time, after filling out required forms and standing in soup lines, to enter the war that was raging in Europe. An attack on a naval base, in a place that was not yet even a U.S. state, was annoying but insignificant.

Nevertheless, Admiral Isoroku Yamamoto was a movie buff and Pearl Harbor had been his all-time favorite. He had it on DVD and watched it again and again, with his miniature dogs, Tora, Tora, and Tora, on his lap. In retrospect, it was inevitable that he would launch a copycat surprise attack on the American naval base at Pearl Harbor. However, due to a low budget, his re-creation was poorly staged. Instead of the planes, submarines and ships that appear in the film, his troops attacked from the ground, with foam fingers and sharpened breadsticks. On the American side, the soldiers were, sadly, too busy trying not to die to put serious moves on any nurses. Both sides were left with a deep sense of disappointment. Follow up film-inspired battles, such as The Battle of Britain and Guadalcanal, were much more successful unless you were German or Japanese. 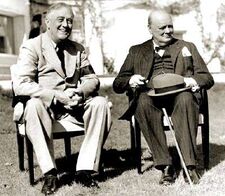 President "FDR" (on the left) sitting with one of the "nine old men."

It has long been charged that FDR had advance knowledge of the attack on Pearl Harbor and cynically allowed Americans to die in order to have a pretext to enter the war. For one thing, he and wife Eleanor sat through three entire showings of the movie at the White House; and he knew of Yamamoto's love for the movie.

Moreover, after the war, a Congressional commission found evidence that FDR and Yamamoto compared notes on the movie prior to the naval attack, on Yamamoto's web log, BanzaiBlog. Indeed, a blog reply from a user named Kurosawa even discussed with Yamamoto ways in which the movie attack could be more realistic, "if I were directing it."

Republican Senator Joseph McCarthy claimed in a speech that "I have here in my hand" an entire chat transcript that would prove that "Kurosawa" was really FDR using a fake name, and that Yamamoto conned the United States into inaction during the attack on the pretense that he was filming a sequel. McCarthy was never able to prove his sensational charge but, in 2010, Glenn Beck reopened the case in his television series FDR: Lenin in the White House.